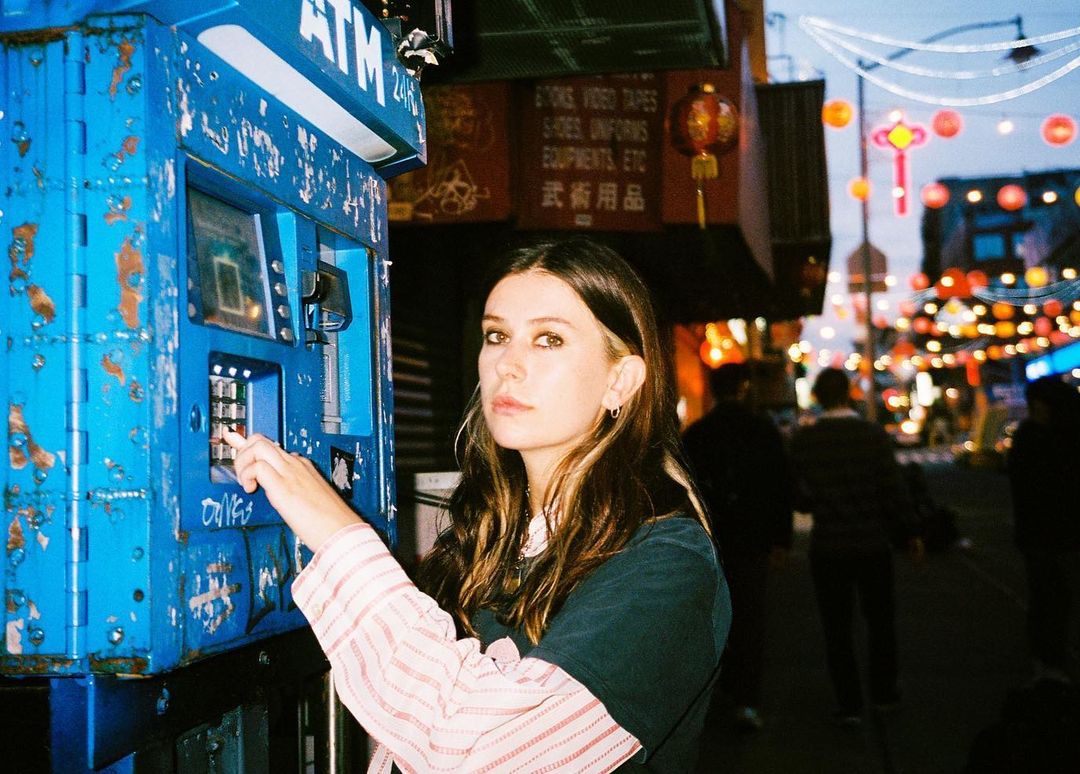 LA-based artist CARR has recently released her latest single “Sprinter Van.” It’s the newest single off of her upcoming EP, I’m Just Bored, due for release this month. With “Sprinter Van,” CARR takes listeners on a two-and-a-half-minute musical journey. Fusing bedroom-pop, alternative, and garage-pop rock, she’s created an outstanding tune about the cycle of always falling for the wrong guy. If that sentiment isn’t relatable enough, her delivery throughout will have you pulled in.

After being featured in numerous publications praising her work, she’s proven herself as someone to watch. We chatted with CARR to get a peek into what makes her so cool. We learned about her processes when making music, those nostalgia-inspired music videos, and what’s next for her.

So you have a new song and music video out called “Sprinter Van.” What’s it all about?

It’s pretty much a “groupie” anthem about loving boys in bands.

Since we’re discussing the song, we should mention the awesome music video. Was there something that inspired the ’90s grunge-esque aesthetic for it?

Thank you! It’s definitely super grunge NYC street vibes, which is what we were going for.

You seem to have a knack for having music videos with some sense of nostalgia or vintage feel attached. Are these artistic visions something you have in mind when writing songs?

It is! I think all the vibes are usually pretty similar just because it’s what I like visually. I tend to do a DIY vibe with darker colors.

We heard you worked with Christian Medice and Sachi DiSerafino on this song. What was the process of making the song like with them?

They’re so great. It’s a really fun song so the process was really fun. We just kind of messed around all day and were laughing a bunch.

You had released two singles before this one: “Kiss Me When I’m Dead” and “Loser.” Did those songs take shape before “Sprinter Van”?

Those songs were created first; “Sprinter Van” is kind of its own thing. It’s a little happier and just has a really great baseline and is an overall really fun song.

You’ve been popping up in a lot of places lately; making some notable appearances on Billboard, Ones to Watch, and even some popular Spotify playlists. How does this trajectory of success feel?

It feels nice! I still have a long way to go, but it feels nice when people appreciate your work.

Thomas Headon — How Do I Know?

Speaking of career successes, you have your second EP coming out soon; very exciting! What can we expect from the project?

I’m very excited. This EP really just fits the title I’m Just Bored, because it was such a boring year for me. They’re all really strange but fun songs and definitely have a garage-y demo feel to them, which was the goal for this project.

Is there anything you want to tell us about what might be coming in the future? Any exciting plans?

I’ll be playing a show in LA in November and I’m just continuing to make music.

One last thing, if you had any advice for someone considering becoming a musician, what would it be?

I think to just keep going and do it because you love doing it. Everyone’s journeys are different.