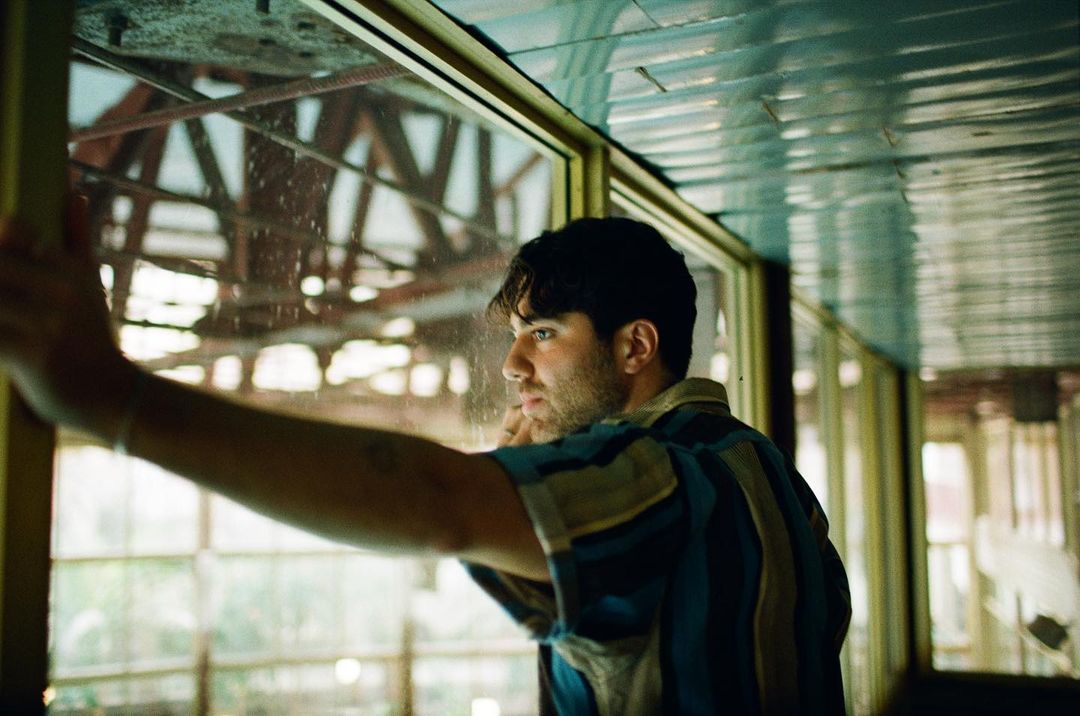 Premiere: ayokay — I Still Need You

On the heels of a busy year manning the audio board for other acts, ayokay released his second single of this release cycle today: “I Still Need You.” The release gets the ball rolling on what the Michigan native — born Alex O’Neill — called the music he has felt most confident with in his career. This new release comes just weeks after ayokay played his first live show since the pandemic, appearing at Red Rocks Amphitheatre in Colorado alongside Quinn XCII, Chelsea Cutler, and Jeremy Zucker.

Of “I Still Need You,” ayokay tells us, “‘I Still Need You’ marks the halfway point of the album both sonically and visually. Storywise, it is a temporary break for the pink-haired character as she distances herself to the outside ‘real world’ while leaving the main male character inside of the computer to explore and experience on his own. In the video, we see her explore the abandoned hotel where she has built her computer, getting a firsthand look inside the lonely atmosphere she has come to adopt as her home. It is a chance for the viewer to further understand her character and motives, while getting a contrasting view of the ‘real world’ against what we will later see as the expansive ‘Dreamscape’ inside of the computer.”

We chatted with ayokay about the new music, his plans moving forward, and who he’s listening to right now while gearing up to drop this song and video — which we’re premiering today. Check out our chat and the new music ahead.

You hit the ground running with the release of “Better With You” in July — how crucial is it to hammer it with the first offering of a release cycle?

I think with this one, going in, this is the first time in my career that I have felt less pressure on this first song, because, I honestly feel more confident with this batch of music than I’ve ever felt with the music that I’ve made. I think that’s a common thing for artists to feel, but there’s just something about this project. The second single, I like even more than the first. With this one I’ve actually been in the best mind-state.

Talk to me about your creative process. How much does “Better With You” reveal about the forthcoming project?

As I’ve started to sing more on my own stuff, the creative process has changed for sure. When I was strictly producing and having features on everything, I would make an instrumental and have to sit on it while I looked for a feature. “Swing Swing,” which is still my favorite song I’ve ever made is the first song I ever sang on. I was sick of waiting for a feature to come along and decided to sing on it. The best art is bread by limitation. Sometimes you hit a wall. In this case, finding someone to sing on something, so you learn it yourself. Everything in my creative career is like, I hit a roadblock and I seemed like something I couldn’t get past, and I pivot, which leads me to the next step.

Have you missed touring during this break from it?

I definitely have. This past year and a half, however long it’s been, has caused us to have to readjust to new limitations to the touring lifestyle. Without touring, I think I’ve fallen in love again with making music. As I was releasing my last EP, as I was touring, this seemed really stressful for me. I think I was in a place where I was feeling a lot of anxiety from all of the things I was doing to advance my career. As the world slowed down, I could return to getting in the studio and just making music for the sake of making music. It gave me a whole new energy that I think will carry me for the next five years of my artist career. I do miss it, but the fact that it disappeared for a second was really healthy for me. It helped me build a new wave of music that I think will lend itself better to being played live. I can’t wait to go on my next run.

It’s interesting to hear you mention health from an artist’s standpoint.

Just to build on that, I think fans, even family members look at the entertainment industry as a blanket; you see the rewards, the front-facing part of it, the cool things like playing Red Rocks Amphitheatre, late-night TV debuts, all of these accolades. Honestly, it’s the most consuming job that you can have. There’s no separation between job and life. You have to live it completely to succeed.

In regard to themes, will we be hearing the subject that we met in “Better With You” going forward in this new material?

Yes. That’s the lead character of the whole story of the album. For me, my favorite part of making music in this genre is when I get to put visuals to the music. Coming up with the theme for each album is my favorite part. I always put a lot of time into the fusion of a storyline and a plot of my albums, and a visual world for them to live in.

Having shared the studio with numerous other artists, what are some things you have picked up along the way from other people that you instituted in the making of this record?

I’m super meticulous and detailed. I can overthink. I’m a perfectionist. Every aspect of a song I want to land perfectly. It’s an amazing thing, but it can very much take me down a rabbit hole. All of my success in music with collaborators is when I’m working with someone who is think less, feel first. I’m think first, feel second. One thing I always try to take away from those people is if it feels right, and not to overthink that. That’s a constant thing that I battle with, but like Quinn XCII for example, that dynamic was always I was the meticulous one, and he just knew about pop culture and didn’t really think and threw melodies off the top of his head that were amazing. Trying to get out of my head and feel the music more and let that take me to a place instead of thinking about it first is something I’ve tried to implement.

What parallels do you think can be drawn between this material and In the Shape of a Dream? Can we view this as a sequel?

100% yes. I look at it as the darker sister album to In the Shape of a Dream. It’s very much in that dreamy space that In the Shape of a Dream was, but it’s darker and more mature. The new album is me very much falling back in love with electronic music, which for a couple of years felt very stale to me. It’s me moving back into that same world, same type of inspirations.

Why no capitalization on your stage moniker? Anything to do with defying non-functional rules surrounding grammar?

It’s such a soft name, and I thought that should be present in my name. It’s all lowercase because it’s supposed to roll off the tongue. It’s funny you ask that, when I see my name written with the first “a” capitalized, it’s like swords stabbing me in the eyes. I do not know why but it just punctures a hole in my heart when I see it. I hate seeing it with the capital letter.

I honestly fell in love with nature again. I live in LA — if you go 45 minutes outside the city in any direction, there’s just the most beautiful nature in the United States. I bought a Jeep Wrangler just before the pandemic hit, so pretty much I took the door and the top off and I would just drive. I found all sorts of things to do outside, and that I feel like is my second hobby behind music, going off-roading and adventuring. When I’m in open space, or near the ocean, I just think so much more clearly. For me it’s just getting out of the house, every time I walk out of the front door and I go somewhere, when I come back I feel refreshed — that’s something I really realized during the pandemic.

Who are you listening to right now that you don’t think has enough ears on it?

My two favorite producers are Baynk, who is a literal genius, his production kinda goggles my mind. My biggest influence is Rüfüs Du Sol, they’re really in the space of what I want to be doing, and their fanbase is similar to the people who listen to my music. This is such a good question. COIN is unbelievable. The band COIN, they’re just so good, and this newer guy Del Water Gap is another guy that I’m so big on right now. One other person: Holly Humberstone is an absolute genius, she’s so good.