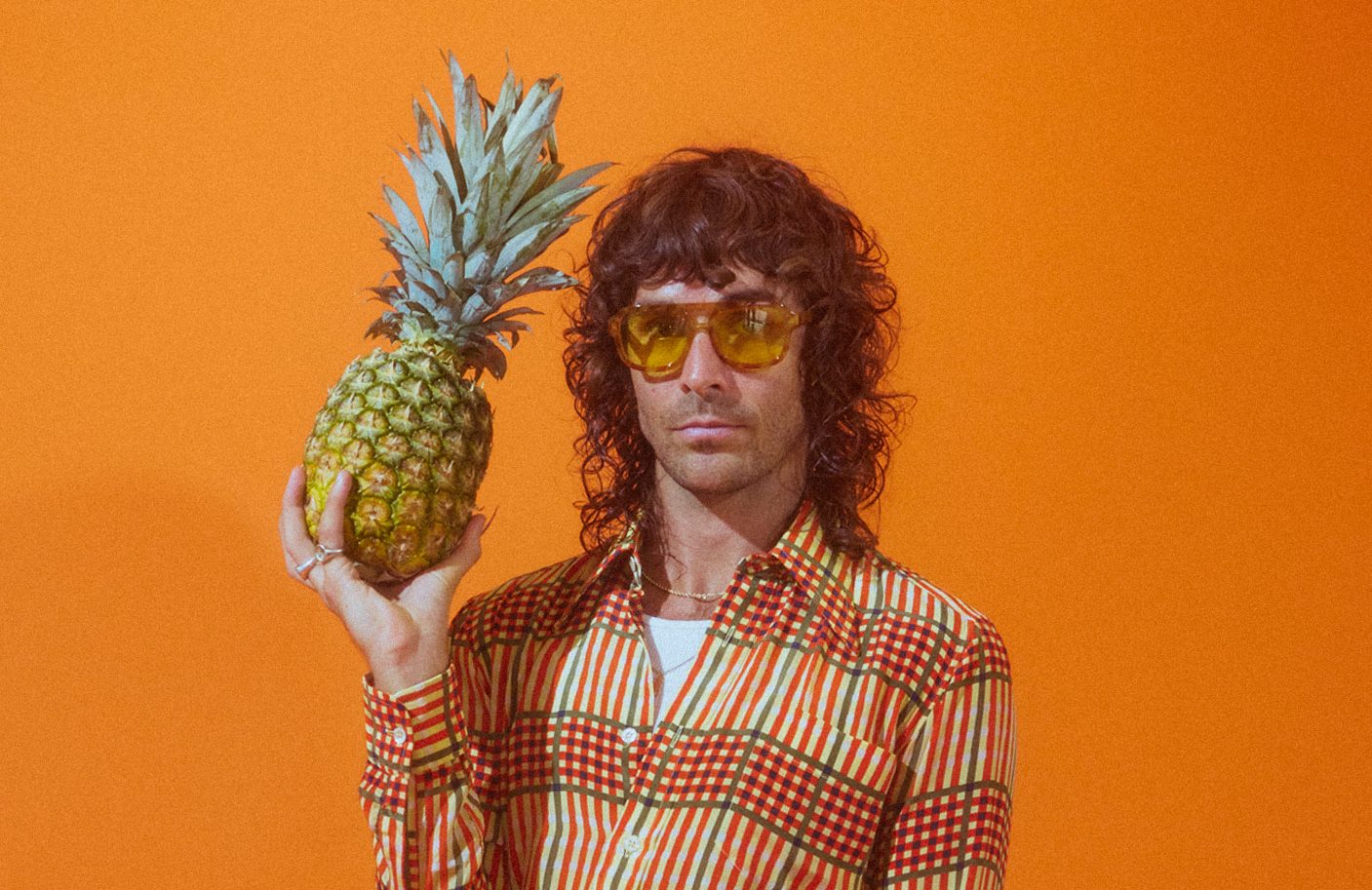 Sunshine Boysclub has a new track called “Like a God,” and it is a sunny vibe of a song. It brings warmth and sway into any room it is played in. Airy atmospheric beats over Sam Martin’s smooth vocals come together to carry us out of our heads and into the world.

The music video features Martin in his one-man band. He carries an enormous sousaphone around a high school gymnasium. He doesn’t need anyone else. He dances and rollerblades around — a perfect visual for the perfect sentiment. He likes to combat the serious with the absurd. Sunshine Boysclub is one to follow. He’s got an album dropping Sept. 17 and we can’t wait to see what comes next. We got to talk to the Portland-raised, LA-based artist about being his own cheerleader, shooting the music video, and writing “Like a God.”

This song was inspired by not being inspired. “Like a God” was the first song I wrote for the album after a long process of writing half-finished, half-baked songs. I had spent a few years living in a weird, gray cloud. I was depressed, unmotivated, and stopped writing songs altogether. I was pretty close to giving up on music. Thankfully I was able to dig myself out of that hole and slowly get my spark back. One day I was sitting at the piano, playing around, and I started plucking out the lead melody line to this song.  I was literally singing “why don’t you do it right now” to myself, trying to motivate myself to start writing again, to stop putting off making music, to get off my ass and go after what I wanted. All I wanted to do was write songs and create, but I was holding myself back, getting in my own way, telling myself I wasn’t good enough. I knew I was the only person who could change the situation I was in and the song grew from that sentiment.

What was it like shooting the music video? How did you come up with the concept?

I wanted the music video to have a playful tone to balance out the seriousness of the song’s message. I just felt like rollerskating in a basketball gym with a giant sousaphone made no sense, in a good way.  I’m a huge fan of music videos that are simple and loose, with almost no narrative, but are either visually stimulating or off-putting and breathe life into the song. I’ve always had a soft spot for old basketball gyms and I wanted to have some fun with this video. I learned to roller skate the day of the shoot in roller skates that were two sizes too small, but it was worth the pain.

What first got you into music? How have you evolved since then?

I’ve always been an avid fan of music growing up, but I didn’t start writing music till college. I’m a little late to the game. My mom tried to make me take piano lessons growing up and I hated it. I showed up to my first piano recital in a tee-ball uniform and she let me quit after that. Before this project I was the singer and lyricist in a few other bands, but I never produced my own music. The last few years I taught myself production and started making my own songs. So I would say it’s very much still evolving. I’m learning every day, which keeps things interesting. I’m just trying to get closer to the songs I hear in my head.

Where is home and how do you carry it with you?

Home home is Portland, Oregon, but I’ve lived in LA for 15 years. Anytime it rains in LA, which is six times a year, I feel like I’m back in Portland. Portland is one of the most magical places on earth, and I still go back two to three times a year, but the rain fucks me up. I can’t really handle it anymore.

If your music could be on any TV show or movie, which would it be?

Fast and the Furious 12 or any TV show where a bunch of sexy, oiled-up models are competing for love. Any movie where Mark Wahlberg plays a guy from Boston!

Tell me about the journey of the album. How long did it take you to finish? What are you most excited about sharing with us?

I wrote all the songs for the album last year. I turned a shack up on the hill behind our house into a small writing studio “the hut” and would spend eight hours a day up there cranking out songs. The album is about my life and the extreme highs and lows I’ve dealt with over the last few years. Now that I’m out of the fog, I’m able to look back on the things I’ve been through with clarity and understanding. Writing these songs was very cathartic for me. It can be scary creating a project by yourself but I couldn’t be more proud of these songs. They’re vulnerable and honest and it’s the first time I’ve released music that really feels like me.