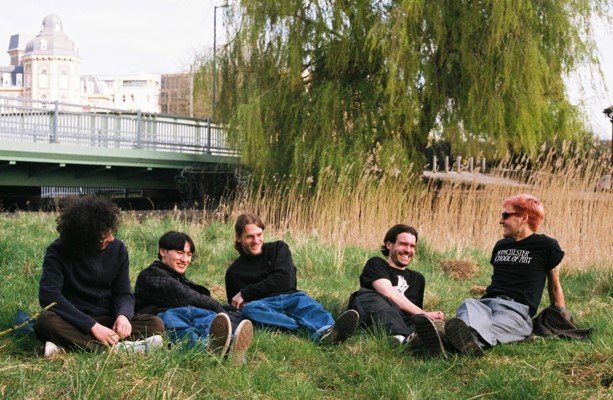 DAMEFRISØR — Do You Think I’m Special?

Buzzy new Bristol band DAMEFRISØR have had to wait a while to bring out their highly anticipated single “Do You Think I’m Special?” on UK indie label Permanent Creeps Records. Like many bands and artists, DAMEFRISØR’s original release plans had succumbed to the extremities of the pandemic and delays were unavoidable. However, the time has now come for them to reveal their third recorded musical export to the world and their true debut — and it does not disappoint.

Forming at a Bristol club night in 2019 with a collective appreciation for all things shoegaze, DAMEFRISØR are Kazhi Jahfar (vocals), Nyle Dowd (drums), Garin Curtis (guitar), Jamie Brown (guitar), and Sam Nobbs (synth). Having spent much of their early time in garages finding a sound, they fuse their admiration for Kevin Shield’s wall-of-sound and the dark undertones of post-punk in their music to create amiably cacophonic soundscapes. Just as the band were gaining momentum, fans, and praise, the world came to a grinding halt. Yet, this allowed DAMEFRISØR to hone a fresh musical direction, which they exhibit purposefully in “Do You Think I’m Special.”

“’Do You Think I’m Special?’ is a song about social anxiety,” Jahfar said in a press release. “It’s about being constantly concerned with things that are usually only noticed by yourself and not by the people around you. The lyrics point out these insecurities throughout the song, until an instrumental outro symbolizes closure and letting go of all those feelings.”

Incessant guitars form the backbone of this track. MBV-like swirls are quickly shrugged aside from in-your-face power chords. Fontaines D.C.-style harmonics, which echo on the likes of “Hurricane Laughter,” intensify the track’s distinctly post-punk feel, which is encapsulated fully by Jahfar’s vocals eerily reminiscent of Ian Curtis in their delivery and sparse, haunting content. The band’s new synth addition to their lineup also really lifts their demeanor, making for a truly euphoric finale to the track, which is bound to go down a storm on stage.

“Do You Think I’m Special?” marks a bold return for DAMEFRISØR who aren’t merely picking up where they left off, they’re already way ahead of where they were.