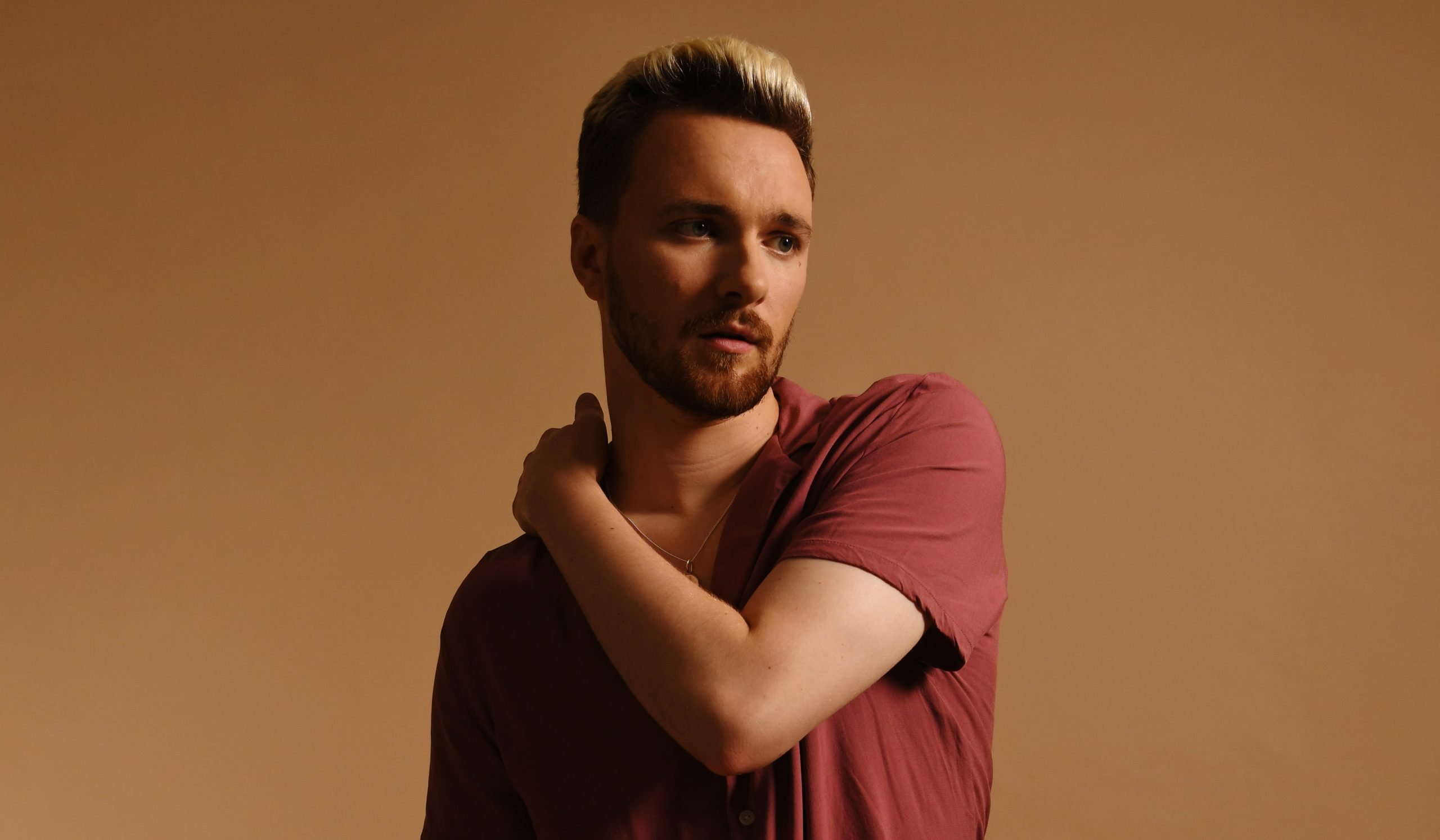 For anyone not familiar with your music, how would you describe your sound?
I would describe it as cinematic, emotional alternative pop. God that sounds so rubbish…

Your new album Now I’m Falling came out on 8/27– what has the reaction been to your new body of work so far?
It’s been overwhelming if I’m honest. It’s strange having lived with an album for a while and then suddenly giving it over to everyone else to hear. But I couldn’t be happier with the response. It seems like people are connecting to it which is all I wanted.

What do you hope listeners of the album take away from it?
Honestly, I just really hope they find something in it that they can relate to or connect with in some way. All of the songs are from a place of real-world emotion and so I hope that people can hear that in the music, and resonate.

How do you feel this album differs from the music you first put out?
It’s definitely my most mature and cohesive project I’d say. Not that anything I’ve put out before isn’t either of those things, but it feels like, with this album, it was really my chance to make a statement on how I wanted to sound and be heard.

There are 10 tracks on the new record – how did you find the process of selecting which songs made the cut?
It wasn’t too hard actually! I had a whole bunch of demos collecting dust on a hard drive, and while there were some songs that didn’t quite make it, these final 10 kept standing out to me. It almost felt like it showed itself pretty naturally.

How collaborative is your creative process? Do you find you work better alone or with a group of writers/producers?
I love working with other people! I’ve always found that collaborating is the best way to explore and play and figure out how to say things better or do things in a better way. There are a couple of songs on the album that I wrote myself, and I’ll always love that side of writing. But being in a room with other people always inspires me more.

You have a very strong aesthetic when it comes to your single and album artworks – how important are visuals to you as an artist?
It’s so important for me, visuals are as important as the music. It’s the first thing people see before they click on a song or post on socials. I’ve always loved film and visuals so for me that is always a part of the release from the get-go.

With the music industry an ever-changing landscape, do you feel pressure to constantly drop new material in order to be considered “relevant”?
Good question. I’d be lying if I said I didn’t? But it’s not always there. Sometimes it’s super easy to fall into the trap of thinking you have to ALWAYS be doing something, and I’ve learned to be okay with doing nothing sometimes and sitting with a release for a little longer. But I definitely do sometimes find myself worried about not keeping up with the rest of the industry. It’s human nature.

Now that everything is opening up, what are your plans for the next couple of years?
Write more! Make more music, release it, play way more shows hopefully. It feels like we’ve all been denied those outlets for so long, it just feels good to be able to do those things again. Hopefully, it stays this way.