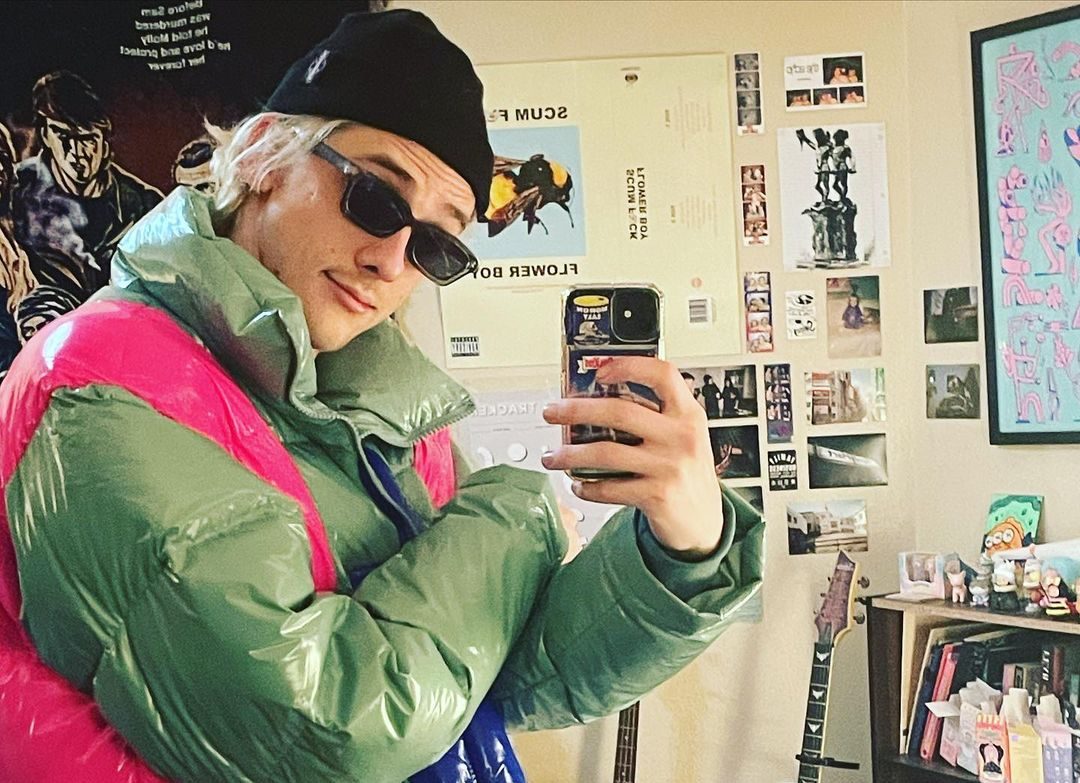 At the peak of quarantine, YouTuber Matt Watson set out to write and produce his first serious music project. The 25-year-old South Carolina native is known online for the crude comedy he makes under the name SuperMega, alongside his best friend and co-star Ryan Magee. Since the channel’s inception in 2016, the pair has amassed a subscriber count of nearly 1 million and cultivated a dedicated fanbase of “Megheads” that can’t seem to get enough of their over-the-top, intentionally cringe-worthy, and sometimes straight-up disgusting content that’s made charming by Watson and Magee’s charismatic friendship.

But Watson is no one-trick pony. After previously releasing parody songs like “No Nut November” and beat-driven experiments like “COVID-19 type beat,”  the comedian made his official debut as an indie musician with a six-track EP titled OUCH!, digitally released in the fall of 2020. For fans, the debut came as a surprise. For Watson, it was simply the next step in his career. “When I was in middle school, I would make these really shitty songs. And some would say I’m still doing that,” he jokes when we caught up with him for a chat. “But I wanted to make music just as much as I wanted to make comedy stuff. After growing with the comedy stuff, it was like an itch I had to scratch.”

Watson wrote and produced the EP in his bedroom without any additional help, something that was non-negotiable for his first-ever release. “I built that whole project from the ground up,” Watson shares, while also lamenting OUCH!’s minor flaws. “I can see things that I could’ve done differently. It could’ve sounded better if I had someone to help me mix. But I didn’t want to put out something polished: I wanted to put out something that was 100% me.” The end result is a dreamy bedroom pop EP with chillwave vibes and 8-bit undertones. Tracks like “Jello” and “Margie” have hazy California-in-the-summer vibes, while “Nokia” and “Feel This Way” sound like a late-night drive through the city with all the windows down. “Sleep Tight,” the most electronic of the bunch, samples the end credit music from a 1985 Sega game called Space Harrier. The EP was met with an overall positive response, with almost every song on the EP hitting 1 million to 2 million streams.

“I just want to make music that I enjoy, the type of music that I would like to listen to,” Watson says. When asked about his influences, he rattles off the names of shoegaze bands like My Bloody Valentine and Cocteau Twins, mentions electronic indie artists Negative Gemini and Puzzle, and cites Tyler, The Creator’s Grammy-nominated Flower Boy as one of his all-time favorite albums. He’s interested in doing a little bit of everything, not unlike what he already does with SuperMega. Initially gaining popularity through the Let’s Play video format (a screen recording of video game play that includes commentary via voiceover or camera view of the player), Watson and Magee have branched out to include sketches, vlogs, a weekly podcast, an ongoing series where they open ridiculous gifts sent from fans, videos where they attempt to draw on a tablet while drunk, and recently became the first YouTube channel to ever sponsor a NASCAR vehicle (that unfortunately crashed). Their most viewed video, currently sitting at 6.3 million views, involves making purposely bad food with the intention of causing the eater to vomit — featuring a cameo from Stranger Things star Finn Wolfhard. Just last month, SuperMega surprise-released a parody rap music video for a song called “DTF” that, in Watson’s words, is about “blowing off sex to go fishing with the boys,” and features a verse from their channel editor Justin (known online as NothinButLag). Watson says they hope to have an EP released by the end of the year.

A week following the release of “DTF,” Watson surprised fans once again by announcing his first new single since 2020, adding that it would be followed by his first ever “serious” music video. “Bored,” a hip-hop-inspired pandemic anthem, was recorded in 2020 around the same time as OUCH! The video, which features Watson singing in a color-changing neon box accompanied by relics such as an early-aughts Mac computer and a clear Unisonic phone, was inspired by visual artist James Turrell, whose vibrant work involving light and space also served as the inspiration for the music video Drake’s “Hotline Bling.” “During quarantine, I felt like I was in a box floating in a void,” he explains. “So [the vision] was a blank neon box with neon furniture. We rented the equipment, built the set, and shot it all in one day.”

Despite the positive reaction from fans and viewers alike, with the video sitting at nearly 200,000 views and 150,000 Spotify streams in just a few weeks following its release, “Bored” almost didn’t see the light of day. “We shot the music video this past March. It wasn’t my favorite song, but I knew if I didn’t drop something, I would never drop anything again. So I sat on it for months, too scared to release. But if I didn’t release it, I wasted the time and money and the talent of everyone who worked on it,” Watson shared. His biggest fear, he admitted, was potentially getting a negative reaction from his friends and other artists that he looks up to. This fear is reflected in Bored’s lyrics, with Watson singing: “Why’s he making music / he makes stupid videos / that’s a good question / I said baby I don’t know.”

But Watson isn’t the only comedy YouTuber who’s made a successful pivot to music, with Filthy Frank leaving the platform behind entirely to become the incredibly popular R&B artist Joji, Cody Ko and Noel Miller forming the now label-backed rap duo Tiny Meet Gang, and even NakeyJakey releasing his own self-produced project. Still, Watson fears that people might always see him as just a guy who makes memes. “It’s hard releasing [music] when normally I’m doing dick jokes on the internet and being completely unprofessional and then stepping into a new spotlight where I’m putting myself out there in a way that’s more serious,” he shares. “Because I might not be taken seriously. It’s a huge fear.”

Fearful or not, Watson is still pushing ahead and planning to put out more music. A 20-second clip of the comedian shredding on the guitar was recently posted to Twitter followed by a second tweet that read simply, “new song leak i guess whoopsie.” This time, however, Watson isn’t doing it alone. “Moving forward, I’m working with other producers to help me mix and master because I suck at that,” he admits. The new songs will still be in the same realm as OUCH!, but have more of an “late ’90s, early 2000s indie rock vibe.” “It’s inspired by the music I grew up with: Sugar Ray, Third Eye Blind. I want it to sound like a summer day in 2003.”