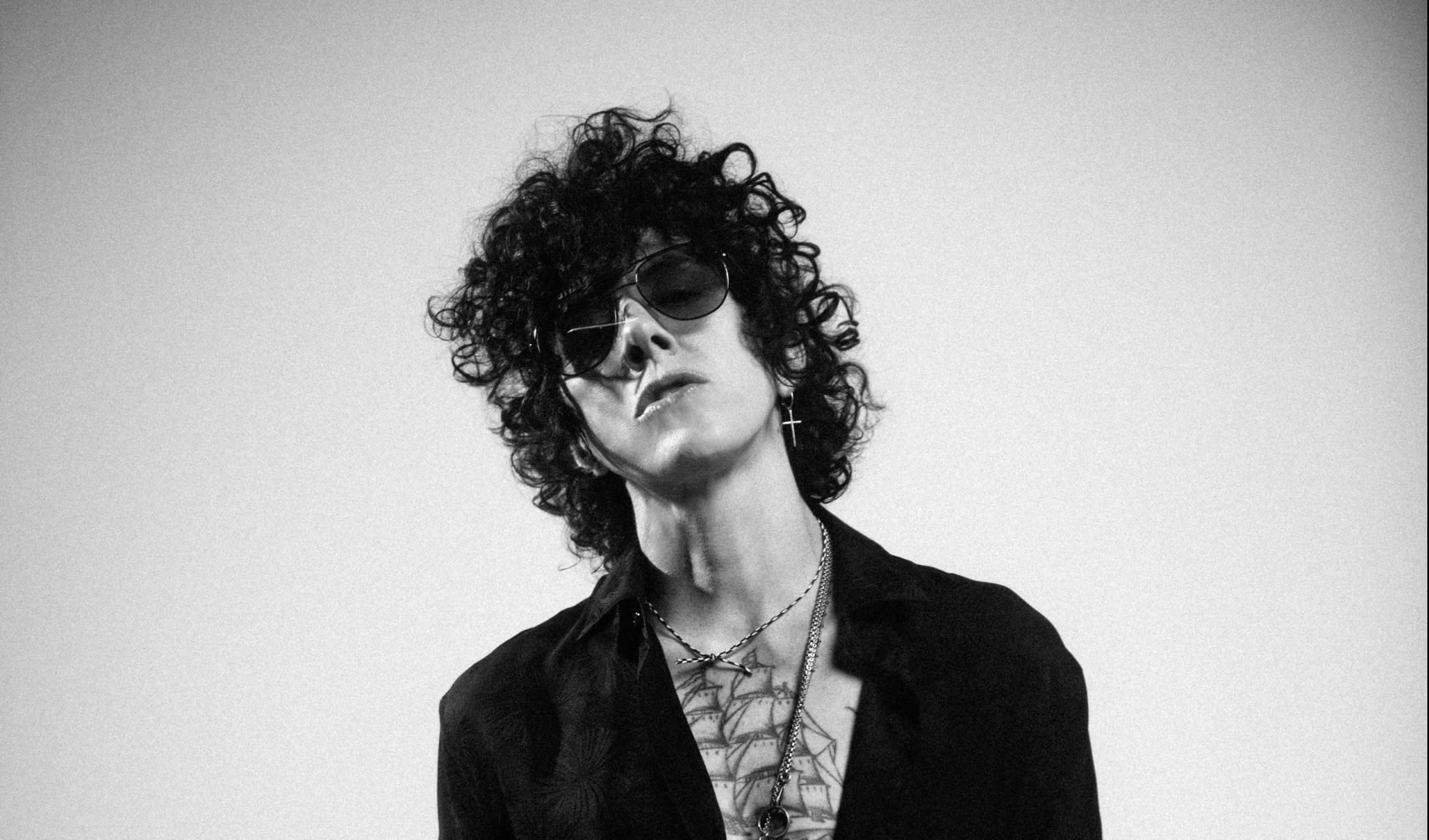 LP is the perfect modern rock star — enigmatic, emotive, and mysterious. An androgynous icon and important figure for the LGBTQIA+ community, LP has come together with Kazakh Grammy-winner Imanbek to write a new smash hit called “Fighter.” With a hint of lonesome cowboy and Eurodance vibes, the track’s got just the right amount of grit, heart, and perfectly danceable pop. In order to celebrate its release, we asked LP some questions about how the song came together, what it means, and how it leads up to her upcoming album later this year!

You worked with Imanbek on new track “Fighter,” and it seems like this was in the works for a while before you finally got to release it — how did the collaboration come about?

I had heard of Imanbek from his hit “Roses.” I love that song. I knew of him, so when a rep from my label told me he wanted to do something together, I said yes please let’s do it! He sent me this awesome track and I got together with Nate Campany, one of my collaborators, and he steered me through it together. I didn’t have a lot of time so I ran in there and we did it in a day. It was fun!

“Fighter” is meant to be a healing hymn for all fighters who look back on a failed relationship and still do not lose hope. When you shape a song like this, what comes first? A particular line or an overall theme/emotion that you then build a story around?

We were talking about it, that we wanted to, in these times, make something that had the strength and had the title fighter and I liked it. It doesn’t sound like a very melodious title. It’s kind of harsh, but I thought It would be cool to make it something, ya know, soothing in a way or something that was anthemic. I like the way it happened; it was definitely about what I’ve been through in my past relationship, so it came kind of easy.

I love the opening of the track, which emphasizes this idea of the process of finding love as somewhat of a lonely journey that requires you to fight for it from time to time. However, that can also be quite exhausting, to pour yourself into everything all the time. How do you strike the balance between sharing the most emotional parts of yourself, in this case a hard-won battle, with an audience, while also reassuring them that you’re OK and have made it through/are going to make it through?

I just go on instinct, and if it feels cathartic and truthful to me, other people will resonate with it. I try not to think about it too much because if I think too much about it, it messes it up.

Do you always write your songs from personal experiences and stories, or do you also get inspired by literature or other art forms, that you then transform into your own works of art?

I think that’s one and the same. I think I’m consistently inspired by things outside of myself, which I then combine with things inside of myself to make the alchemy that is my music.

A song like “Fighter” will surely also really resonate with those who’ve had to fight even harder for their love, due to a lack of acceptance. Is discussing the realities that the LGBTQIA+ community faces when it comes to love and just equality in general something that you consciously consider and incorporate when writing songs?

Yeah of course. I mean I have a song on my record that has to do with a duel theme of a relationship and coming out. Again, as in the previous question, in dealing with things that influence me on the outside and I, in turn, take it and filter it through my personal experience and try to write about it. I think that, ya know, we’re all trying to find ourselves always to better serve ourselves, serve other people, get into other people’s understanding. At least I am.

You’ve written songs for icons such as Cher and Celine Dion — how do you know or decide which songs are for other people and which ones are purely for you, for LP?

I don’t know, I just I feel like there’s something in me that goes, oh I really feel this when I sing it. And truth be told, in recent times, because I’m kind of up and running with my career at this point, I find myself writing for myself most often, not as much to write for other people.

I’m sure you’ve also had to fight in order to get to where you are in this incredibly competitive industry. What accomplishment or achievement are you most proud of?

I feel like I’m most proud that I’ve found my people, in a way. I feel like it continues to grow and that I, you know, can make a living doing this. It’s such a gift and a blessing and I don’t take it lightly. There’s so much competition and you can lose sight of that once you’re on the other side of it, when you’re establishing yourself or getting established then you can really appreciate the fact that wow there’s a lot of people trying to do this.

“Fighter” is also the segue to your new album Churches. What would you say is the major theme of that album, and how does it compare to your previous ones?

This song is not on my album, however, I feel like it’s kind of an extra moving part to this record. It fits with all the songs perfectly, probably because I wrote it within the same time period so it feels like it belongs.