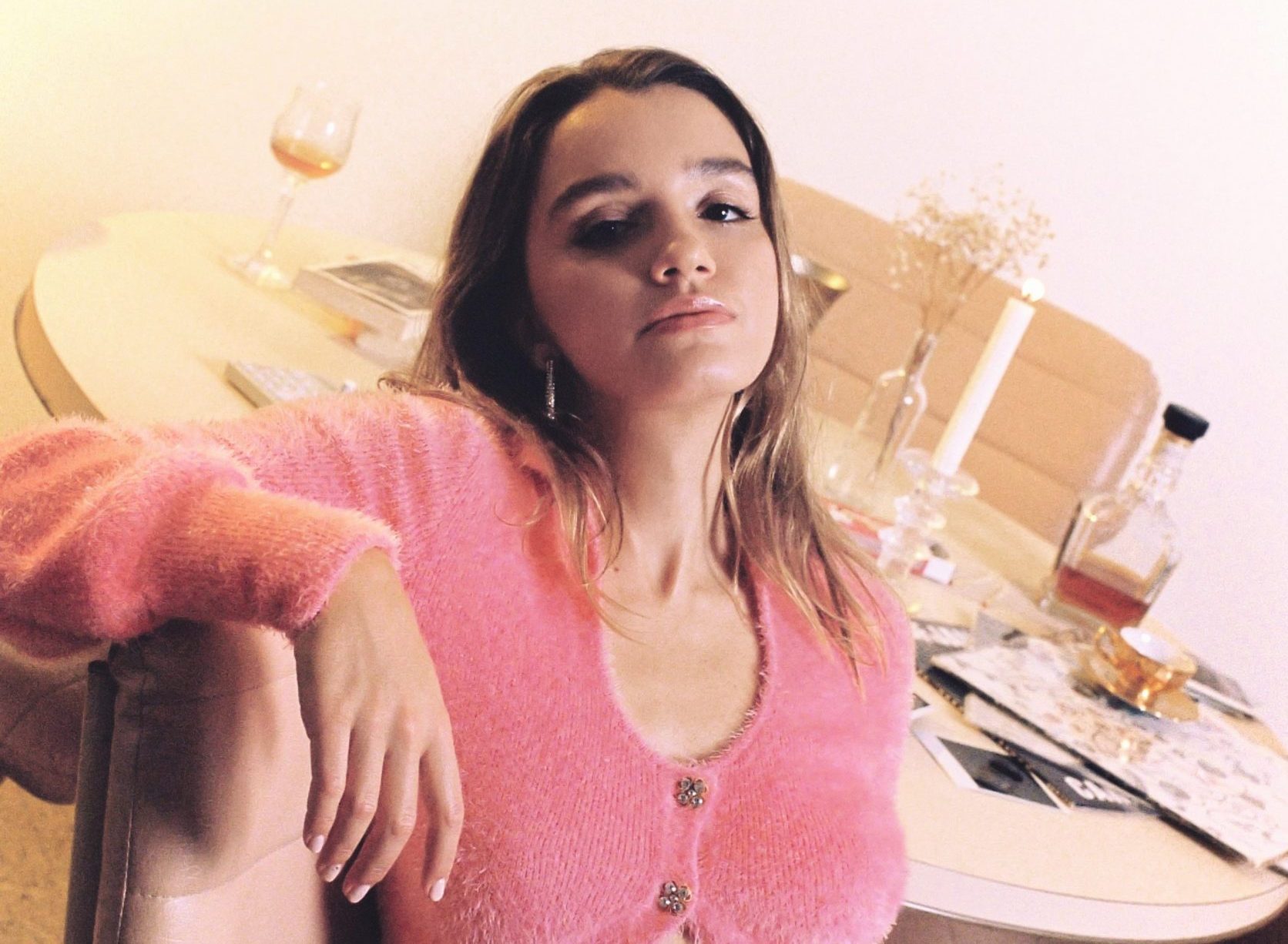 Three years after releasing her debut album, Australian singer-songwriter Eves Karydas is back with a new EP, Reruns.  The personal six-track project showcases her writing skills like fans have never heard her before as she has taken inspiration from a range of topics, such as a breakup with a former partner and how she navigates as a young working woman in the digital world we now live in.

summerskin was very much about falling and being in love while Reruns hears Karydas trying to find her identity and move on for the better. In a chat with EUPHORIA., we discussed the creative process of the EP and how Karydas has evolved as a writer.

“Complicated” became your first single in two years and kicked off a new era. What made you want that to be the lead single and did the success come by surprise at all?

After my first album cycle ended I was pretty burnt out so I went around the world searching for a way to make music make sense again. When I wrote “Complicated,” it immediately felt like I’d found an authentic voice and perspective. It was a clear trail to follow, and I followed it eagerly! Writing in such a direct tone, with lyrics that are almost too on-the-nose … it excited me. I’d never written like that before. I liked what the song said about me as an artist and lyricist, so that’s why it was the first single.

The underlying themes in “Complicated” are about mental health and anxiety, and I’m really proud that they connected with so many people. What I didn’t know was that a global pandemic was around the corner and the lyrics took on an entirely unique meaning. So yes, the success was a bit of a surprise.

The EP is named after the song “Reruns.” What made you want to title the project with that?

I chose to title it as Reruns because last year I started to notice patterned behavior in myself. I didn’t feel like I was moving forward, in fact, I felt like I was being left behind in a lot of ways. Stuck in old habits. I found comfort in old memories and yearned for past versions of myself. I guess it all stemmed from confusing relationships, the way I use social media, being addicted to working, and on top of that, the guilt of wondering if my problems are even real problems. That’s what this collection of songs is about. Making this EP has kind of helped me move on with my life.

Tell me about “Cardboard Box.” What inspired that song and what was it about Hauskey that made you want them to feature on the track?

Prior to my relationship right now I’ve only ever had one other really serious relationship. We lived together and created a whole universe together, and in fact, I wrote my whole first album about it! It was so long ago that I can talk about it indifferently now and in a detached sort of way. That’s what got me thinking about how wild it is that I am even able to do that. How can something that was so huge and impactful become so small? It felt like an entire life got packed away into an old cardboard box, shoved to the back of the wardrobe. Maybe it’s my age talking, but I think I’ve only just learned to reconcile that sort of thing.

I’m a big fan of Hauskey and really wanted this song to have another perspective. Luckily the internet exists so we were able to create this song despite the lockdowns we’ve had here in Australia. In a way it added an extra edge of realness having his verse and perspective written from afar. My brother plays guitar on it too, which makes this song really special to me.

Is there a particular song you’re most proud of from the EP and why?

Oh, it changes every day, but today I’ll say the song “Reruns.” It explores an obscure emotion I’ve experienced — that weird sense of power in not having your shit together. When you have barely left the house for weeks, or bothered to put on real clothes … I think in moments like these you just have to accept you’re in a grieving phase and embrace it in the hope of eventually moving forward.

It also has one of my favorite lyrics ever: “I wonder what you’re doing now / playing football with your friends or taking someone else out / like that girl I said was pretty once / just to see if you’d agree and then you did and then I beat myself up.” That line punched me in the face when I wrote it.

What was the most challenging song to create?

“Freckles” was probably the most challenging in the sense that it took a lot of revisions to make it fit in with the rest of the EP. The feeling in this song is different from the others. It’s more hopeful, innocent, pure … but it’s an important track in the overall picture and it made sense to end the EP in that way. Finding peace amongst all the chaos!

You released your debut album, summerskin, in 2018. How does this project differ?

I was in a very exhilarated place when I wrote summerskin: 21, living abroad, and in love with my life. In some ways I was a walking talking stereotype of the “early 20s” — I thought nothing of consequences and that my life was the center of the universe. I was inspired by big, energized sounds and I was obsessed with big synths and big feelings. But moving on from that and into more of a contemplative age, my songwriting has definitely changed. I picked up a guitar again, returned to my singer/songwriter roots, and leaned really heavily into storytelling. The music on this EP feels more holistic and introspective.

What artists or topics inspired you creatively this time around?

There was a moment before I wrote “Complicated,” which sticks out to me as a catalyst for exploring the themes on this EP. My grandfather passed away. He was a Greek immigrant in Australia, his childhood in Greece was spent during WWII. He barely spoke English, lived incredibly humbly, and was the happiest person I knew! It was a reality check when he passed away. I thought a lot about my privileges and my success, and it basically sent me down a rabbit hole thinking about growing up in the 21st century, what it’s like navigating being a young person nowadays, in relationships, work, and on the internet. Not saying it’s easier, or harder, it’s just different.

What are you hoping listeners will take away from the EP after listening to it?

It’s been really gratifying seeing people connect with the experiences I’ve had these past two years, just from the songs that are already out. I would hope that anyone who listens to the EP can see something of themself reflected in my lyrics. There’s a lot of little nuanced emotions that I’m hoping people connect with and hopefully it gives them a sense that everyone is going through similar things.