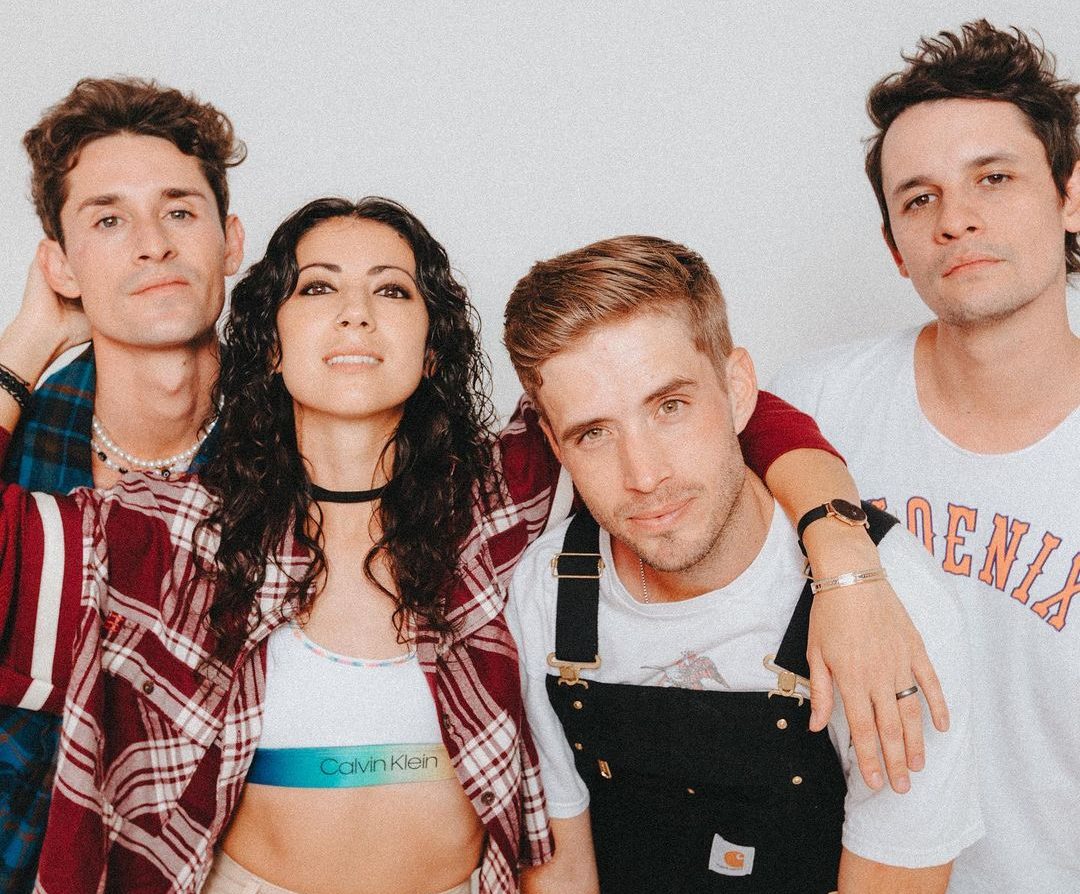 The pop-rock group dropped their first track back from hiatus.

Bands go on hiatus all the time. Some come back. Some don’t. Thank God The Summer Set did.

With their first release under their name in over four years, Arizona pop-rockers The Summer Set are back on the grind with their new single, “Street Lightning.” The single marks The Summer Set’s first proper release in just over five years, and it’s just what we needed as fans. The track comes a few days after the 13-year anniversary of the original The Summer Set EP, …In Color.

What a whirlwind of emotions this week has been. Thanks for waiting five years for us. We have some catching up to do.
Street Lightning Forever. The best is yet to come.https://t.co/i8lug4Tmfw pic.twitter.com/u882ZQJ9jt

With the hiatus came the departure of rhythm guitarist Josh Montgomery. The band membership stands at Brian Logan Dales, Jess Bowen, with John and Stephen Gomez rounding things out.

“Street Lightning” packs a nostalgic punch of The Summer Set’s signature sound, with Dales’s lusciously layered vocal swaddling a smooth as butter production package that proves the group did not incur rust during the hiatus. “Too many bottles of wine / Can’t get my ducks in a row / Who doesn’t wanna be high / When everybody’s getting low?” Dales sings of the confusion of dependency.

The chorus brings us to a nighttime scene of “Slow dancing in your street lightning / Romancing what might’ve been / Like kerosene on my skin.”

The track expresses words of sorrow over how things could’ve gone better had different actions been taken. Dales’s high falsetto is matched pound for pound by the groups naturally fitting high-energy pop rock production. Soft keys lay the ground support for a classic-feeling pop rock anthem we needed from The Summer Set right about now.

Before going on hiatus, The Summer Set put out four albums between 2009 and 2016, recently passing the collective 100 million Spotify streams threshold. During the hiatus, the band members kept themselves busy. Lead singer Dales released music under his surname, which has accumulated about 2 million streams on Spotify across six tracks. Bowen, formed a group with Jordan Witzigreuter a.k.a. The Ready Set, called Nekokat, released multiple EPs, while also stepping in to drum for noted pop rockers 3OH!3. Stephen Gomez cut his teeth songwriting and producing music for other artists, as well as teaming up with brother John for the group Twin XL, which has released and found success on streaming platforms.

Along with the release, the band announced on Twitter that they had gone completely independently. Aforementioned frontman Dales also posted on the band Twitter account a voice note that he said started the process of creating “Street Lightning,” which he recorded in “November of last year.”