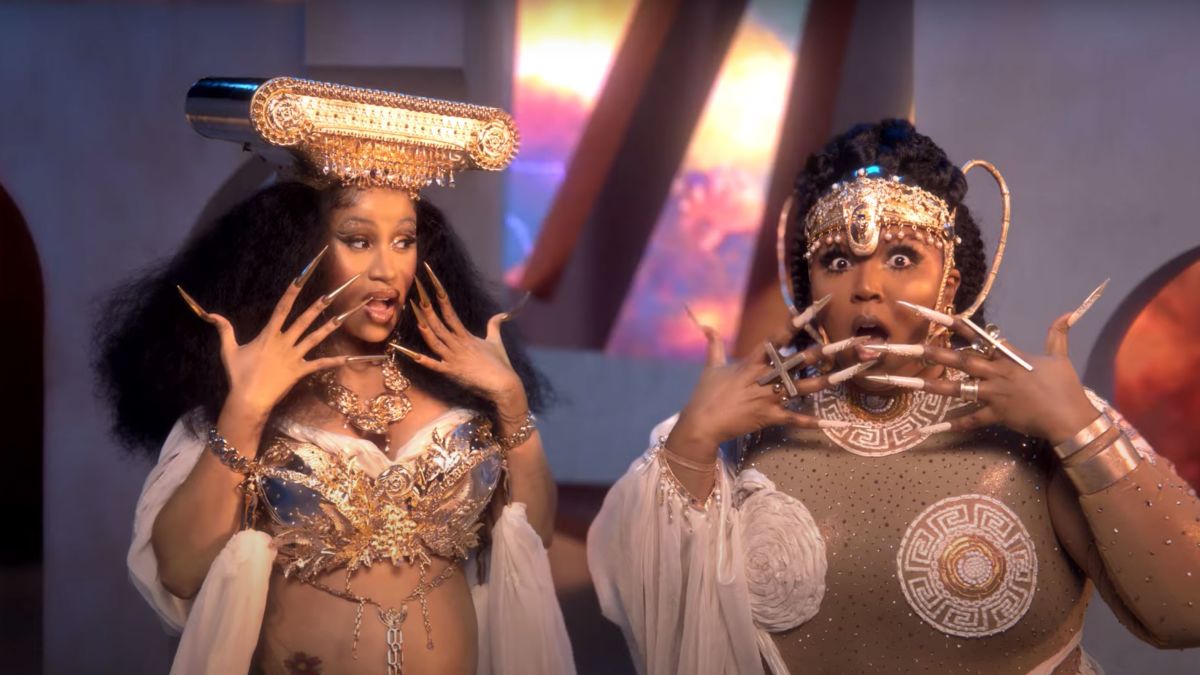 Lizzo has officially welcomed us into her new era of music. On Friday, the 33-year-old artist dropped her single “Rumors,” starring Cardi B, and it’s the summer hit we’ve been waiting for (better late than never, right?). Her vitality takes center stage as she wittily addresses rumors about her. “All the rumors are true, yeah / What ya heard, that’s true, yeah / I fuck him and you, yea,” she sings on the catchy track. “If you believe I do that / Had to cut some hoes loose, yeah / NDA, no loose lips / Now them hoes tryna sue me.”

Cardi B then steps in with a few flexes of her own, rapping about her come-up and subsequent success. “Look, I’m a Bronx bitch with some pop hits / Used to pop off when they pop shit,” she says. “But I’m calmed down and I’m locked in / And my records live in the top ten.”

The accompanying music video features the two Hustlers costars dressed in goddess-like garb — embellished white and gold ensembles with glimmering headpieces and body jewelry — as they deliver their verses. The Tanu Muino-directed visual notably channels the energy of the Muses from Disney’s 1997 animated classic Hercules. Since there’s a remake in the works, we can only hope that Disney does right by the characters and casts Lizzo as one of the iconic chanteuses.

“Rumors” is Lizzo’s first single since 2019 when she released her critically acclaimed album Cuz I Love You. She initially teased the latest track in an Instagram post earlier this month, unveiling the transcendent promotional art with the caption, “NEW ERA BITCH. ‘RUMORS’. 8/13.”  Ahead of the song’s release, Lizzo hosted an Instagram Live with Cardi B where she shared her excitement for the drop.

“This has been a long time coming for your girl,” she said. “I’ve been in my studio trying to stay safe and work on music and try to bring the best music to y’all. I wrote this song back in February, and I’ve been waiting to drop this since February. So I’m like, ‘Oh, my God, finally the world’s about to see it and hear it.’”

Lizzo hasn’t provided any more details about her forthcoming album or when to expect more singles, but we’re sure the rumors are true: whatever she has in store for us is going to be pop sublimity.