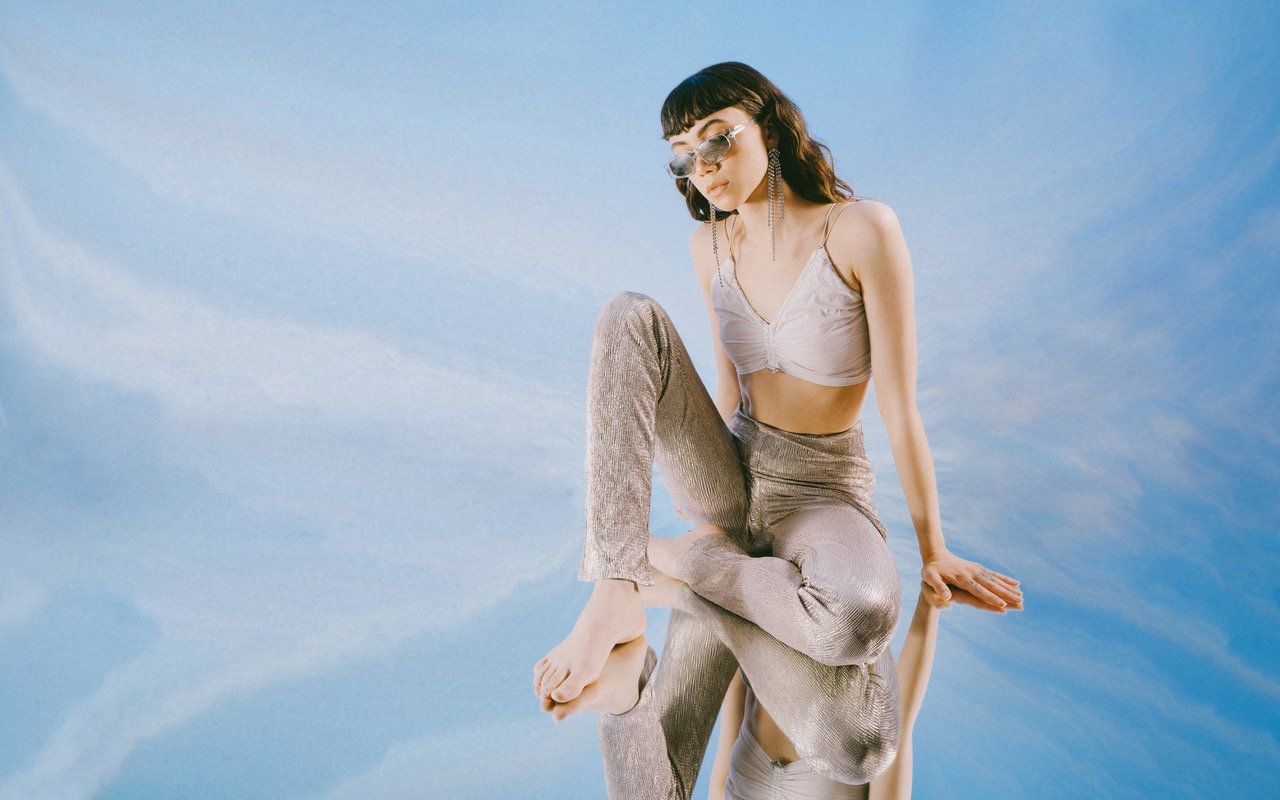 Finally, Glowie is back. And better than ever.

Fans most likely first got to know the Icelandic singer-songwriter after she signed a major record deal with Columbia. Her infectious 2018 single “Body” put Glowie on the map and was quickly followed up with her critically acclaimed debut EP, Where I Belong, the following year. While listeners have been waiting for new material for two years, Glowie has been busy getting creative in her home studio. After parting ways with Columbia in 2020, she is ready to deliver a new single, “Throwback,” that is just as notable, if not more superior, than any song she has ever released before.

Now an independent artist, “Throwback” hears Glowie making quite the bold statement for an artist that has remained low-key over the past few years. Being that the song is the beginning of her unfiltered new journey, one can only assume that the best is still yet to come. But for now, headphones are at full volume for “Throwback.”

EUPHORIA. caught up with Glowie to discuss the single and what it’s been like working independently.

Your new single is titled “Throwback.” Does that mean it was influenced by artists you grew up with? If so, who?

Yeah, it totally was! The ’90s and early 2000s, Destiny’s Child, Missy Elliott, and Justin Timberlake’s songs definitely inspired me to write “Throwback.” I was obsessed with them as a kid and teenager as well as Sugababes, Pussycat Dolls, Britney Spears, J.Lo, Alicia Keys, and Craig David.

Lyrically, what inspired the song?

When I wrote “Throwback,” I decided to not overthink it. I usually spend so much time on lyrics and make it super deep and meaningful and I love doing that, but for this one, I was just in the mood to say whatever came to mind. The song describes the mood I was in that day — I was feeling confident and free being myself; I was happy to be an independent artist for the first time, and enjoying the fact I didn’t need someone else’s approval to say this or that in my own song.

What was it about “Throwback” that made you want it to be your first single in two years?

Even though I knew I didn’t owe anyone speed, I was still aware that it had been a while and I was getting a vibe that maybe people thought I wasn’t coming back. In “Throwback,” the chorus is “You better know that I’m gonna come back, you’re gonna fall back / And I know that you’re gonna play back cause it’s a throwback,” and, I mean, I just thought that was such a strong way to start the new Glowie chapter after two years in hiding, people thinking I’ve given up but use this song to prove them wrong.

How is independent life treating you? Is it everything you’d hoped it would be?

I’ve absolutely never been on my own when it comes to music; I’ve always had to rely on others to make things happen. Honestly, I didn’t like that one bit. I like to be in control and so this is actually great now that I’m an independent artist. I’m really loving it; it’s so freeing and I’m learning something new every day.

Do you have any advice for those who may want to follow in your footsteps who are debating on signing to major or going down the independent route?

It’s different for each artist what’s best for them, so it’s hard to say if one is better than the other. I think the way the music industry has been developing and changing in the last few years, it’s easier to be an independent artist now than ever before I would say. If you are a young artist starting out then I’d always recommend finding your sound, your look, and your purpose in music before going into a major label, you have to know who you are and what you wanna do before you jump in.

What’s next? Is there a project in the works or are you just going to be releasing singles for now?

I’m definitely aiming to get my album out as soon as possible.