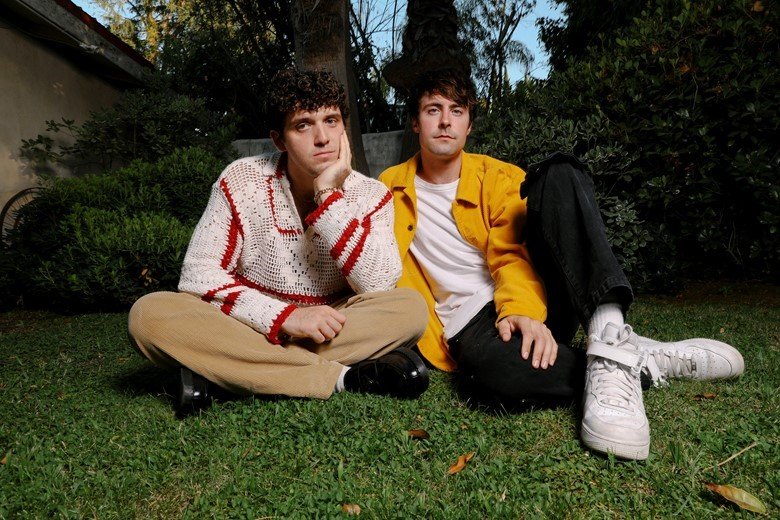 Out of context, the opening lyrics of “Try Again” seem to perfectly fit DallasK and Lauv’s partnership: “I know, you know, it’s been way too long.” There’s a lot of history between Lauv and DallasK. Their first collaboration dates back to 2016, when DallasK co-wrote and co-produced Lauv’s single “Breathe.” Since then, they’ve kept on working together on various occasions, always with success. And now they’re giving it another go with a track that holds the perfect true summer club feeling to it. “Try Again” is wistful and hopeful at the same time. Moreover, the song arrives at the right moment in the season to rethink whether you should rekindle/extend your summer romance.

The song takes quite a while to fully build to the chorus drop, which makes the track stand out even more. Not only does it aid in telling the story of having to wait for the right moment to “try again,” it also makes the song incredibly infectious. In that sense, it’s a perfect marriage of both Lauv and DallasK’s musical prowess. The track holds all the elements of a DallasK dance hit, as well as Lauv’s emotive lyricism.

And while they’ve worked together in the past, this is the first time they’ve produced a full-on dance record. Funnily enough, the song’s origin story is not dissimilar to the title. Lauv said in a press release that he and DallasK “made this song a couple years ago, and came back to it during quarantine.” It came into existence in 2016, before Lauv’s growing career saw him traveling the world. DallasK also said in a press release that “Try Again” was “always a favorite of ours that had gotten seemingly lost in the shuffle.”

He rediscovered the song last year and immediately got an idea for a more dance-focused approach. It only took a FaceTime session and a joint New Year’s trip to Mexico to finish the new version. As a result of two incredibly talented musicians — DallasK played all the instruments for the song — it was, of course, another success. Listen to “Try Again” here: