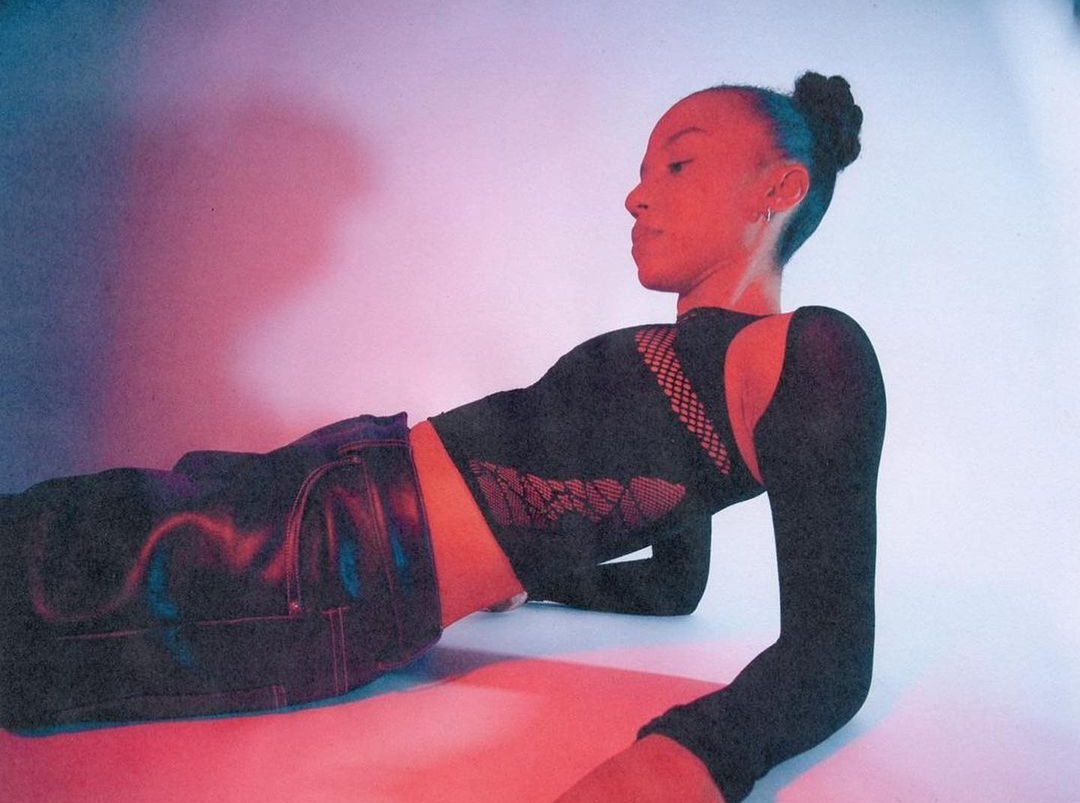 The feeling of floating on a body of water when your equilibrium is knocked off balance is an interesting task to take on sonically. With her latest EP, Motion Sick, UK-based singer-songwriter Pip Millett tackles the ground beneath being unsteady through shifting yet grabbing lyricism and choppy, driving instrumentals. From the beginning of the opening track “Running,” featuring UK rapper Ghetts, you get a slickly looped sample chop of Family Connection’s “This Time” that’s howling and rotating belts sound like a score for a film where you see a ship during a storm. As Millett glides with smooth rhythm but minimal grounding over the centering drums, she sounds like she’s trying to stay stable and sane but not quite succeeding. When she lands on the repeated hook line, “Black and free, I don’t think that’s a thing, no, no,” you get the heartfelt reason for the imbalanced tone.

When you open up the EP on Apple Music, the artwork even moves, representing a camera lens trying to find its focus. The project feels like a continual quest to find that clear picture of where to go or how to cope. Millett will find it momentarily, but it is always fleeting, making the music feel innately human, like it’s breathing through it all. Other sample-filled highlights besides the opener, “Hard Life” and “Braid It Back,” sound as if Kanye West and D’Mile had an instrumental lovechild and Jorja Smith and Arlo Parks had a vocal and lyrical one. Going from soul to hip-hop to reggae to folk, the songs weave around in the in-between concocting their own aesthetic.

The final two tracks grab hold of some semblance of calm while still retaining a bit of under-the-surface uncertainty. Dutch-Sudanese singer Gaidaa particularly seems to guide Millett out of the terrain with her soulfully sung words during her feature on the song “Sad Girls” when she sings, “I’m running withered with you, darling / I pray when we’re on and on, escaping / That we’ll face it when I know we’ve grown.” This carefully placed moment provides the EP’s most surefire solution — musical sisterhood and understanding. It’s always gonna be tough, but an acknowledged sharing of similar conundrums makes it all a bit easier. Then as the closer “Best Things” carries us to the end with ruminating chants of acceptance over slow dancing acoustic guitar, we hear Millett full of strength through vulnerability. All she can be is present, and that’s all we can be as we listen.