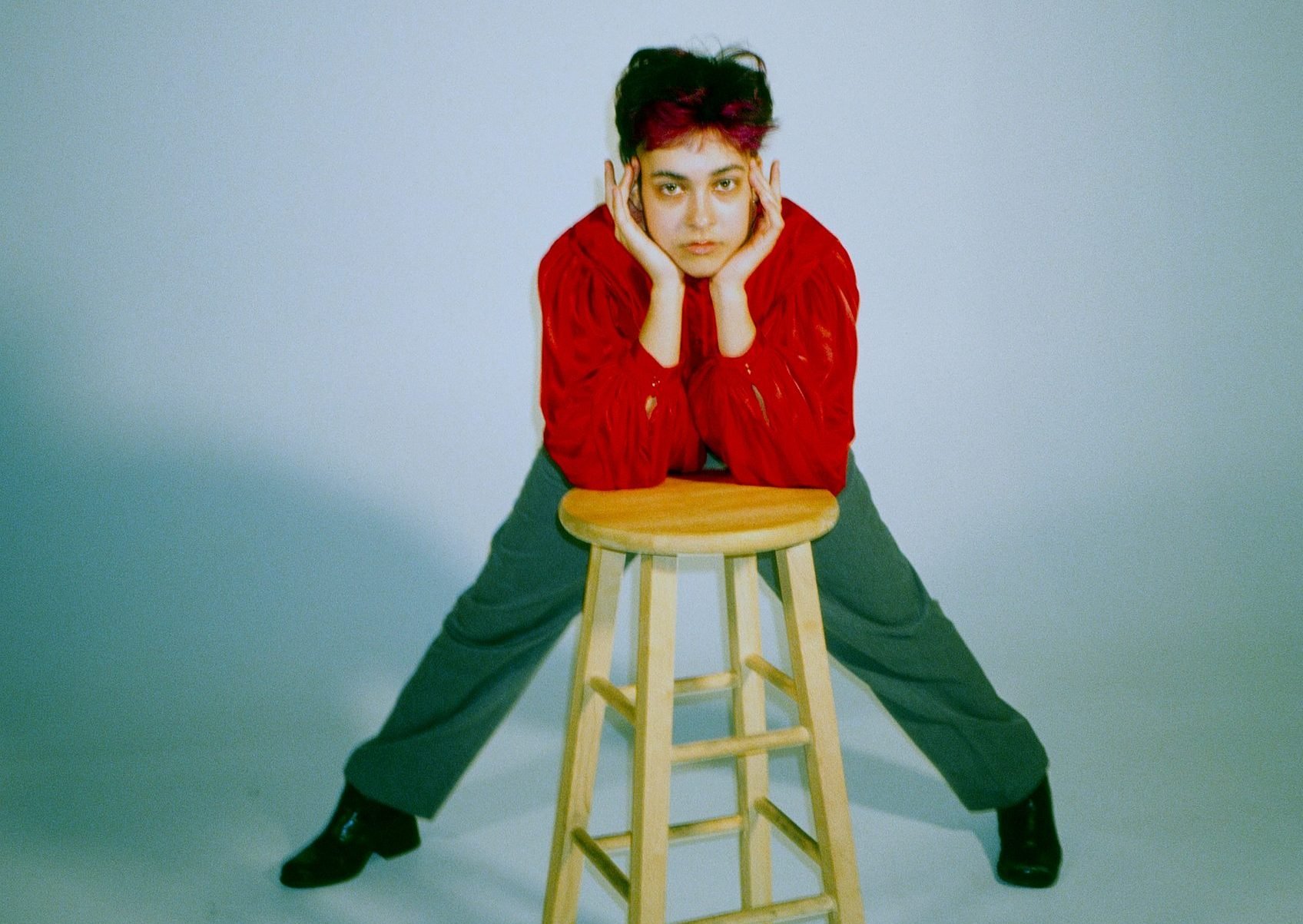 After months of teasing, Evann McIntosh has finally delivered their new project Character Development. At just 17 years old, McIntosh’s future is nothing short of bright and this eight-track body of work proves that.

In April, they treated listeners to “NOBODY ELSE,” a jolly, uplifting, R&B-influenced love song that should be considered a defining track of 2021. Never one to be categorized, McIntosh gave fans another taste of what to expect recently with the release of “COCO PEBBLES.” The playful spoken-word song showcased more of the sweet side to McIntosh’s personality while showing off their versatility as an artist.

Character Development follows their debut project, Mojo, and is likely to push McIntosh into the forefront as one of music’s rising and most exciting young musicians. Ahead of its release, EUPHORIA. was able to learn more about McIntosh and the project.

You’ve been teasing Character Development and treating fans to singles all year. How does it feel to finally have it coming out?

IT FEELS SO GOOD!!!! I’ve been waiting for so damn long to release this project and it’s gone through so many phases and it is finally going to be released and I’m pumped about it getting out.

How does this project differ from your debut, Mojo?

Lyrically and musically, it’s a new evolution. It’s a moment of growth giving way to the next.

It might sound a little obvious, but what inspired the title Character Development?

When I first started writing it, I’d unintentionally started all of the songs with “I must be” and it felt like each song I’d written was a journey deeper into finding myself. Like, I was guessing what I am. So, I’d ended up deciding I’d call the project Character Development.

How long did this project take to create and was there a particular song that you found really challenging to write or finish?

All and all it took nearly two years or one and a half. I don’t remember the writing being too challenging, maybe “WIYULD.” I think I started “WIYULD” about a year before I found it again and finished it.

How does your creative process usually work? Do you have to be in a certain headspace to write or are you constantly coming up with ideas?

An idea usually ends up coming out of some sort of challenge or obstacle I’m facing and need to outlet and from there I try to just let it flow and try to capture it right.

Was there anyone that really influenced the project?

You’re very vocal about being a fan of Prince. It must be asked, what is your favorite album of his?

Either Sign O The Times or The Versace Experience!

What do you want listeners to take away from the project?

I think the best I can hope for is that someone will relate to something in there. I hope they think it’s nice.

Do you have a track that you’re most proud of?

What music video has been your favorite to make this era and why?

What is one goal you would like to achieve with this project?

I just want to be able to enjoy releasing it and be satisfied and be able to bask in that for a minute because it’s been so long. I’ve struggled a lot because I move so fast, and this entire project feels so far away now, but I really want to be genuinely happy with being able to finally give it away and let people who’ve been waiting for it have it and enjoy it and hope new people will find something in it and see what I saw when I was making it.