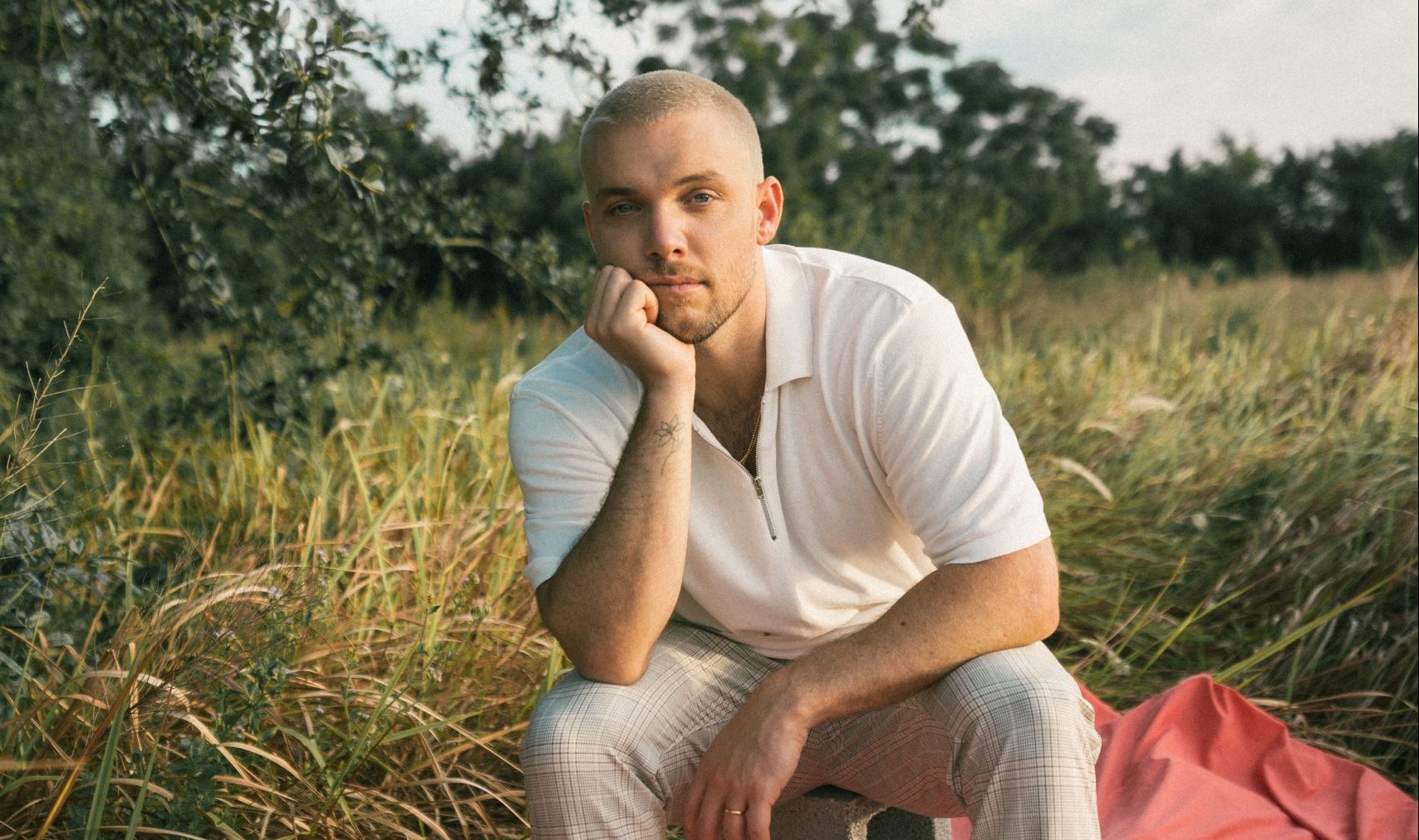 “Looking up at the stars / In the middle of nowhere / Holding you in my arms / Tell me that we could stay here / While everything falls apart / The world outside is a mess it can wait / I’d be crazy to think it can change / I won’t let one more day go to waste.”

Platinum-certified singer-songwriter John K has just released the music video for “everything,” the first track off of his debut album, in case you miss me. With past hit singles like “if we never met” and “6 months,” John has definitely proved himself as a romantic lyricist, and “everything” is no different. With saccharine lyrics full of declarations of love and swoony compliments mixed with an infectious pop melody, listeners of the genre won’t be able to stop playing this track.

The music video shows a couple in their isolated cabin in the woods spending time together while the world outside bursts into flames, similar to the lyrics. John says, “We took a huge risk with this video. My manager, Rob Z, and I wrote up the treatment and worked with up-and-coming director Jake Heidecker (JellyHouse) to execute our vision. The goal was to bring to life the concept of being so in love you don’t even realize what’s happening in the world around you. ‘The sky could be falling, as long as you’re next to me I got everything.’”

in case you miss me dropped in late June following John’s 10-track tape, love + everything else in 2020, which included all of his singles up until that point. Working on this album was a learning curve for John because it was done digitally. He says, “I had to get comfortable writing songs with my friends on a computer screen. I’d cut vocals with my engineer, Ian, and then send the vocals over to Midi [Jones] and he’d send it back to us and so on and so forth. NYC-based artist, Rosie, also played a huge role in this album, lending her soothing vocal pads to eight out of the 12 songs, but that was the same thing. Jump on FaceTime, talk about what the goal is, she’d send a ton of vocals, we’d place them in the song and keep building.”

However, after hundreds of sessions, John ran into another hurdle. “I had a group of songs with great concepts, lyrics, and melody but sonically they were all very different,” he explains. It was with the help of his friend Midi that he was able to get back on track with a more cohesive album and John felt a breakthrough happen. “My team and I flew out to LA for a week and worked fully on production with the goal of making the album come to life. It became all about hyper-focusing on one song until it was done and then moving on to the next. It wasn’t like any other music I’ve worked on before, and that’s how I knew we were tapping into something next level for us.”

The goal for the album was to “sit just left of center pop,” and to get there, John found himself listening to a lot of John the Blind and One Direction. Lyrically, his inspiration usually comes from his wife, Lenée, whose favorite tracks from the album always change. Right now it’s “fool alone,” “magic,” and “love you anyway.” The latter track was the most personal and challenging to write for John.

“I remember being in LA pre-pandemic writing that chorus and getting choked up in the session in front of everyone because it was so moving,” John laments. “I was thinking about my wife and how there is nothing she could ever do to make me love her any less. The chorus was so powerful that we wanted the verses to feel just as good, so we rewrote them multiple times and then added a bridge almost a full year later, all while changing the production at least five times. But once Rory Andrew got his hands on it, he helped us bring the production home.”

To overcome songwriting challenges like that, John likes to surround himself with other songwriters who are always honing their craft. He explains, “The key is to stay connected and to write songs in bunches, because you may write 10 mediocre songs in a row, but all that work will lead you right to one that is undeniable. Some songs you hit a wall and some songs just flow easily, that’s how it goes.”

The Orlando-based musician has always loved singing and performing. Growing up, he and his dad bonded over music and sports, two of their favorite things. Upon graduating from high school, John headed to Nashville to pursue his musical goals with the support of his dad.

“My father just moved back to Florida to be closer to us,” he says. “And the first thing he said to me is ‘you gotta hear these new melody leads I’ve been playing on my Taylor.’ He’s always got a guitar nearby. It’s been that way for as long as I can remember.”

John’s aiming to announce a run of shows in the US soon and then hopefully expand on those in 2022 when things are potentially better around the world. In the meantime, he’s been working on visuals for each of the songs on his album, as well as starting to write for his next project.