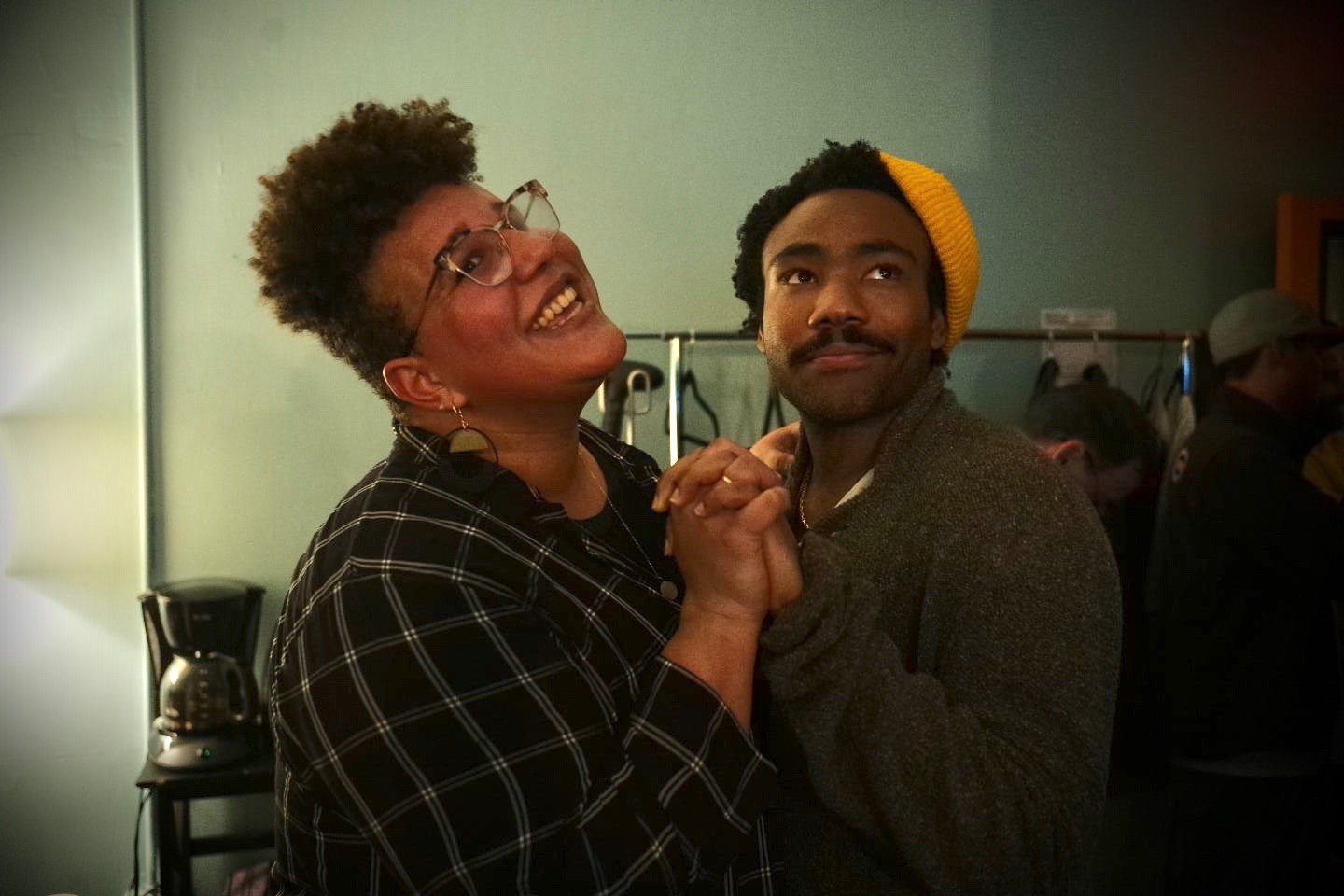 Don’t question Childish Gambino’s state of mind; he’s doing wonderful, just fine, thank you. On Tuesday, the 37-year-old rapper, also known as Donald Glover to the well informed, returned from his musical hiatus with a cover of Brittany Howard’s “Stay High.” The latest version of the Grammy-winning track employs an electronic synth-infused soundscape as a backdrop for Gambino’s soulful falsetto. Meanwhile, Howard provides melodious harmonies, allowing the lyrics to take flight and lift us to new heights.

“’Cause where I come from / We work hard, and we grind, and we hustle all day, don’t we?” Gambino lilts on the James Francies-produced remix. “There comes a time, there comes a time / At night, where we come play / And there’ll be smiling, laughing, jumping, clapping / Yell and holler, just feel, just feel great.”

Gambino’s interpretation of “Stay High” marks his euphonious return since releasing his fourth studio album, 3.15.20, last year. The multifaceted artist is also currently working on the third season of Atlanta (finally!) and has been sharing behind-the-scenes teasers since April. So, it seems as though we’re approaching a full-scale Gambino/Glover reemergence.

The latest edition of “Stay High” will be featured on Howard’s upcoming project Jaime Reimagined — a fresh rendering of the singer’s 2019 debut solo album, Jaime. “Making Jaime was so much fun for me because I was able to explore so many different genres of music,” Howard said in a statement via Rolling Stone. “There were no rules. This re-imagination project has been no different. I have been honored to have so many incredible artists from all musical worlds interpret my songs in such interesting and different ways.”