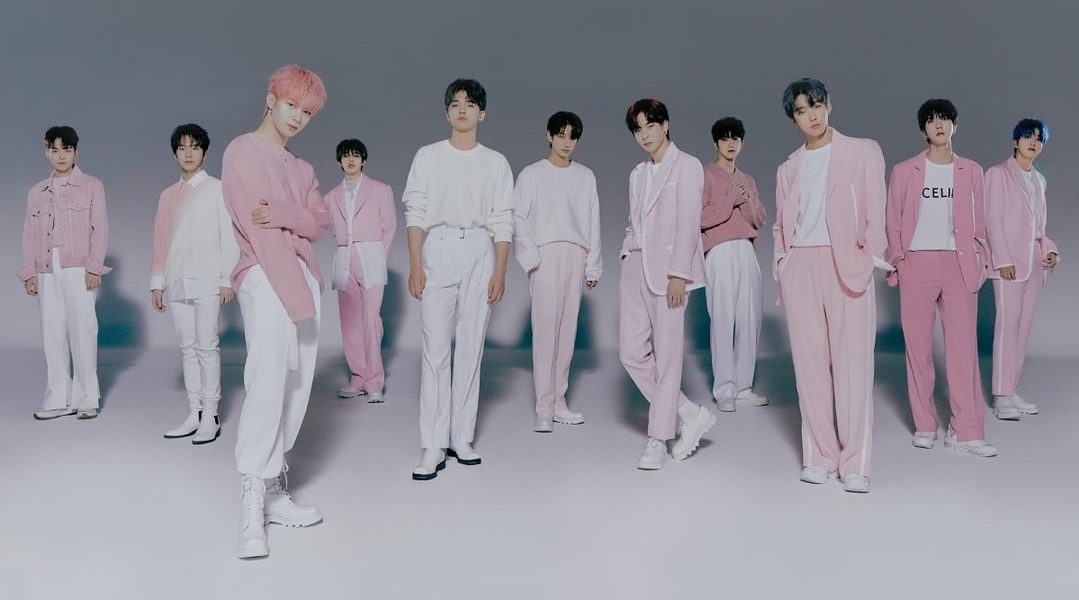 The 11-member boy group Omega X is offering up a hard-hitting introduction through their EP Vamos, and we’re enjoying every second.

In K-pop, there’s a very formulaic approach to debuting, often including a young trainee signing to a label for vocal and dance training. With the newly formed Omega X, the group essentially changes the game and enlists the talent of former members from various acts for a rare veteran-like rookie launch. Because of their exposure to music and the industry, there is a clear focus from K-pop fans to see how their new endeavor transpires, and Vamos surpasses those expectations in record time.

The lead single and title track from the Spire Entertainment group “Vamos” wastes no time whatsoever, with a little EDM and hip-hop fusion that feels far more seasoned than your typical debut rookie work. Through the song, (and video) there’s an opportunity to see the groups fascination with precision through choreography, but finding the chance to give each member an inclusion of diverse vocals — and a bridge that phases through the groups softer potential, but right back into their biggest strength — intensity. By the time the song ends and you venture into “Ice Tag,” they continue to spark with confidence and are backed by an instrumental-heavy rhythmic production that shows a strong blend of various artistic influences.

The fourth is a self-titled track “Omega X,” and it’s at this moment that the group feels like they really stress the importance of proving their vehemence. The song relentlessly powers through its 3:34 duration with aggressive, pulsating beats and a chorus of the group harmoniously chanting their name, knowing they will have fans joining in very soon. While “Vamos” feels like a great lead single, the fact that the group has such a dark horse track that presents their idealistic style, suggests that there’s (justifiable) assurance that this is a group with staying power and refuses to cut corners.

On the group’s last track “Younger,” we see the first glimpse at Omega X releasing that tough performance persona, opting for an instantly emotional plea. The still upbeat, optimistic track is a much more vocally navigated step for the group and as a first listening experience, feels like an unexpectedly powerful closing track. To go from the starting point of dance music with hip-hop for the first several tracks, to this focused moment brings a hopeful feeling of finality to their resourceful introductory phase.

Because of the fact that K-pop is not only growing worldwide but rapidly evolving in consumption, there’s something uniquely refreshing to see a group of people who aren’t your typical rookies — so the release of Vamos substantiates the concept that returning artists can bring a much-needed perspective to the industry.