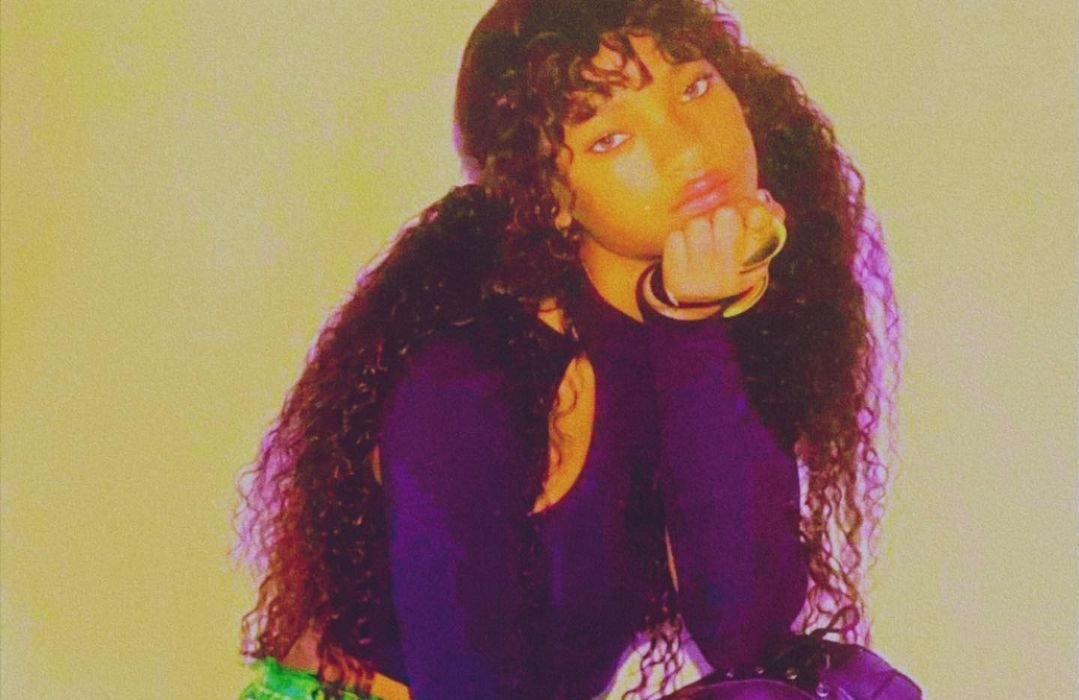 WILLOW — lately i feel EVERYTHING

If it feels like there’s a new wave of pop-punk happening right now, it’s because there is. Between the way Olivia Rodrigo’s “good 4 u” channels Paramore’s “Misery Business,” and ’90s street style making a comeback to dominate fashion, the world of pop-punk is having a revival — one that’s new, fresh, and a sign of the times, and one of the faces behind all of it is WILLOW.

Dropping her brand new album, lately i feel EVERYTHING, WILLOW has always been an artist that isn’t afraid to push the envelope. After releasing her debut single, “Whip My Hair,” at just 10 years old, WILLOW stepped into the music industry with a ferocity and passion unmatched by any other budding artist her age. Nearly a decade later, the singer is turning the page into a new chapter.

lately i feel EVERYTHING has piercing reminders of the late ’90s and early 2000s classic pop-punk sound, the the reason it’s now taking hold of listeners in a new generation is because WILLOW drew her inspiration directly from the angsty, edgy, bold, and brave music she heard growing up. Pulling from the catalogs of acts like My Chemical Romance, Paramore, and Fall Out Boy, WILLOW has intelligently and magically translated an entire genre — one that’s only sort of been alive in the shadows — into 2021.

When WILLOW found herself creatively bored in quarantine, the idea to make a pop-punk record entered her mind. The simple acts of her reaching out to Blink-182 drummer, Travis Barker, and pop-punk princess Avril Lavigne for collaborations proves WILLOW possesses the confidence of a performer who deserves the spotlight. When she released “t r a n s p a r e n t s o u l,” the track that featured Barker on drums back in April, audiences got to see WILLOW flipping her image upside down and reinventing her artistic sound. Despite its perfect blend of bleeding rhythm and infectious electric guitars, WILLOW’s voice is one that captures the urgency of everything that pop-punk is.

Embracing a new phase of growth and maturity, the artist’s latest record reflects the talent she’s grown into, and not only is it a showcase of what she’s been inventing musically, it also remains symbolic of who the artist is and what she believes. While WILLOW is using her music to reflect the world around her, she’s also using it to meet Gen Z’s rising insistence for change, their inevitable worry, and constant fight with identity. One listen to the record and audiences will easily hear the anxiety, frustration, and anger laced into WILLOW’s sound, but all of it, despite its darkness is the very reason she chose the pop-punk genre to be its catalyst. “I think that there are a lot of things happening socially and politically, and I think that people just want to scream and growl and express themselves,” she told NYLON. “This time in life and in America and on Earth is not easy, and it’s very, very chaotic and sus. I think that people just want to live and have fun and not feel like impending doom is always around the corner.”

Poetically enough, she does scream on her new record, but exactly in the way that pop-punk needs her to. WILLOW’s daring vocals mixed with her lyrical poise create 11 tracks of hypnotic storytelling as she explores race, heartbreak, identity, and coming of age. Just as much as WILLOW’s sonic rebellion combats today’s challenges and plants its roots in the heartbreak and chaos of growing up, there’s still a hint of hope, a need for “I can and I will do better, just watch me,” and the need for fun that punctures much of her album.

Her latest single, “G R O W” features both vocals and lyrics from Lavigne, and even through its fast-paced melody, WILLOW brings an honesty to it that her fans can easily relate to. Using pop-punk as a form of expression, WILLOW is also turning it into a new form of finding self-acceptance. “I hope you know you’re not alone,” she sings. “Being confused ain’t right or wrong / You’ll find that you’re your own best friend / And no, that ain’t a fuckin’ metaphor.”

What WILLOW and her brand new album bring to pop-punk is a freshness, a vibrancy, and a bravery — the kind the scene has needed for ages. The genre is one that’s always been forward-thinking, outspoken, and ready to fight, but throughout its mainstream history, BIPOC punk artists have never been at the forefront of it. The mainstream exclusivity remains the genre’s most outdated quality and most tragic flaw, but luckily, however, WILLOW is pulling out all the stops at every stop. Pop-punk fans are more than ready to find and see themselves in her, the things she sings about, and what she stands for, and if lately i feel EVERYTHING is any indication, she’s just getting started.