She might be 22 years young but Diamond White has already had one hell of a career. After landing herself a role in Oprah Winfrey’s national touring musical The Color Purple at age 8, she went on to star as Nala in a Las Vegas residency of the iconic Lion King.

If White appears very familiar to you, it’s probably because she has been a regular face on the big and small screen for some time. White’s music career saw her participate on The X Factor in 2012, where she was selected and mentored by Britney Spears. Unlike most contestants from the show, she has managed to carve a career of her own as both an actor and singer, despite not winning. Some of her most notable acting jobs include Black-ish, Tyler Perry’s Boo! movies, Dear White People, and Empire. In 2020, she became a series regular on the American soap opera The Bold and the Beautiful. Most recently, it was announced she will be playing the lead role in the upcoming Disney Channel cartoon show Marvel’s Moon Girl and Devil Dinosaur. Even though White has worked non-stop as an actor, that doesn’t mean her singing days are behind her. Since 2017, she has been actively releasing music independently. In late 2020, she delivered her first R&B tape, Tomorrow. Being the quick-paced industry that it is, she is gearing up for the release of her debut album, Summerland. To kick things off, White dropped its melodic lead single, “Digitally Yours,” following by the most recent, “OH NO.”

In an interview with EUPHORIA., White discussed both her music and acting careers and what fans can expect from her throughout the rest of the year. 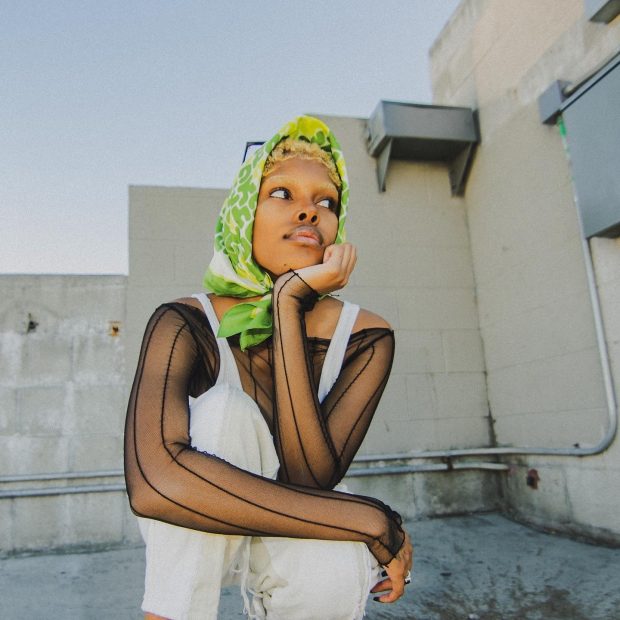 In late 2020, you released your project Tomorrow. How much of this was created during the pandemic, and how was the overall experience for you?

Honestly, not much of Tomorrow was created during quarantine. Mainly just the touch-ups for the songs were done then. Summerland however was created fully in quarantine and in my room. Honestly, if I could record every album from my closet, I would. Like Dorothy said, “There’s no place like home.”

You’ve been on a roll recently and dropped a new single, “Digitally Yours.” What inspired you to write this song?

My inspo came when I heard “Nasty” by Ariana Grande. It got leaked online and I was like what the fuck?! I need a song like this! I recorded it in my bedroom with producer, KYLLO and that’s pretty much how “Digitally Yours” came about.

You have an album, Summerland, on the way. What can fans expect?

They can expect the same thing they always get from me — an amazingly produced body of work and bomb-ass lyrics. I’m pretty much opening the door to my world by simply talking about my life. Summerland is my own planet, a blissful escape. My safe place to just be.

What topics have been inspiring you to write recently?

My pen gets going when I think about things like being bipolar, being Black, being a woman. Things like that. Thinking about starting an OnlyFans makes inspires me to write … and stocks because — money.

For your visuals, do you come up with concepts while in the studio or do ideas usually come to you after?

I’ll come up with my visual ideas when I’m writing the song. That’s why some of my songs that people want visuals for don’t have videos. Because I didn’t see anything while I was writing them.

Who would your dream collaboration be?

Too many to name, but the top choice right now would be Frank Ocean. He’s just such an amazing artist. Umm … I’d probably do a collab with Jesus if it were possible so he could explain his perspective of the Bible through my songs!

Pop. R&B. Hyper pop. Technically, that’s four words but who cares. You get it. HA! 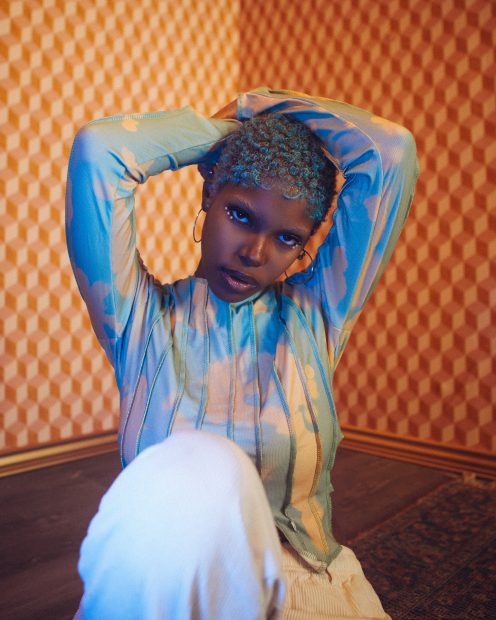 Congratulations on landing yourself a role in the new Marvel/Disney animated series Moon Girl and The Dinosaur. How did this opportunity come about and what can you tell us about your character?

Thank you! Thank you!! I’m so excited about it! Lunella Lafayette is an amazing young lady! She’s not only the smartest superhero in the Marvel universe but she’s also Black. She’s my dream character and I can’t wait to breathe new life into her through the show.

What has it been like joining the cast of The Bold and the Beautiful? Were you already a fan of the show?

I grew up with my mom’s love for the soaps so they were always playing in my. I never thought I’d be a part of it the way am I now with The Bold and The Beautiful so I’m very thankful. It’s an honor to be a part of a great squad there. Plus, I just love getting middle America’s panties in a twist!

You started your career doing Broadway. Is this something you would like to revisit again sometime?

Yeah, I would absolutely love to! It would be a dream to go back on stage and star as an older Nala in The Lion King. It such a classic character that was a joy to play before so that’s been on my bucket list for a while now.

Growing up, did you always know you wanted to do both singing and acting, or has it just worked out that way?

I’ve been singing all my life. Growing up in Detroit with the influence of the city’s musical roots and what was played in my house, it just came naturally in my life. The acting bug was something I happen to catch on to as I was pursuing my music journey.

Have you got any advice for those wanting to follow in your footsteps?

When I did The X Factor, Demi Lovato pulled me aside and told me, “no matter what, keep going … no matter what.” It was great advice because that’s all I’ve been doing this whole time and here we are.

One of my goals is to constantly be eating food I can’t pronounce. The other goal is just to not let myself go insane. Taking care of my mental and self needs is a goal I keep at the top of the list.