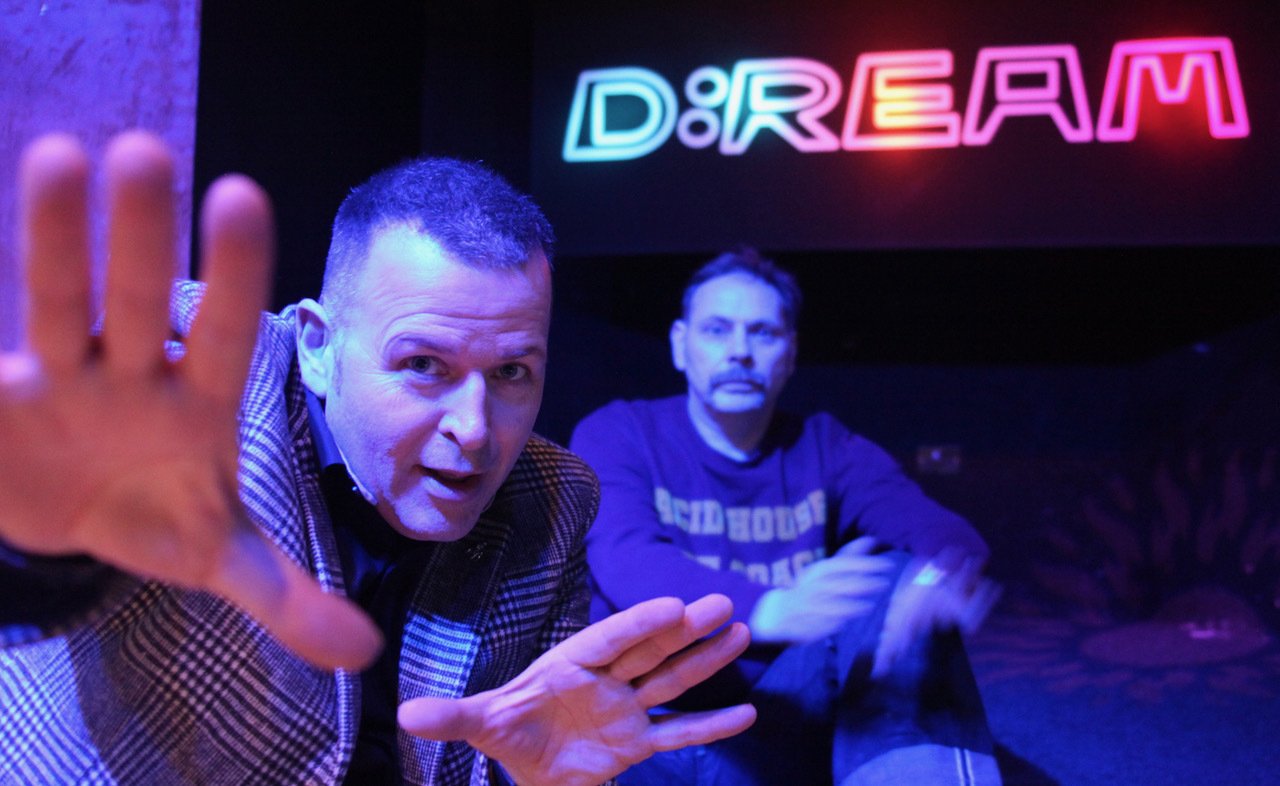 Our favorite cheeky chaps are back with their first new music in over a decade. That’s right, UK house music legends D:Ream — Pete Cunnah and Al Mackenzie‎ — return with Open Hearts, Open Minds, full of spaced-out house beats accompanied by piano chords and Cunnah’s powerful vocals. We caught up with the duo to find out more about this comeback release. Check out what these guys had to say.

Congratulations on the release of your first album in 14 years — how does it feel to be back?


We’ve never really felt like we were away as we have been working on things, on and off, and doing the odd gigs. The difference is, probably, we’re getting more involved on social media and interacting with our fans (hate that word!) so it feels a lot more intimate and personal. We will, also, not be taking so much time off between working on songs this time. We’re getting on a bit now, you know, so we’re determined to get out as much music as we can, as long as we’re loving it and feeling it.


Where did the inspiration for the title, Open Hearts, Open Minds come from?


Pete had a working title, Hope 4 U for some time as hope is a word used in many of our songs and it was the fourth album. Al then came in one day and had plucked these lines from one of the tracks on the album, “Look at the Stars Now, Mama,” and it just fitted. We just need people to have “Open Ears” now and give it a listen.

What are the main themes covered in the album? How did you first get inspired to write about them?


The themes, generally, are about togetherness, trying to be positive/hopeful about things and not letting “the man” or negative people get you down. Pete never stops writing so we had loads of ideas floating around for this album (and future albums!). Al tends to get involved after looking at the ideas and seeing what hits him immediately. We wrote three from scratch together, which is, kind of, a new thing for us, but it really worked. Another was a song Pete had written years ago but we got together and updated it for now. We, also, consciously, tried not to write anything too negative, as we’ve had enough of that in the UK for the past few years. A bit cheeky on some, maybe, but not negative.

Your music often brings positivity to dark and difficult times. How do you manage to remain positive in your personal lives?


With great difficulty, sometimes. We, like everyone else, have our ups and downs. You just have to try and look on the bright side of things, however dark things may appear at some stages in life. We’re no different from anyone else.

Why now for your comeback? What was it about 2021 that felt right to you?


We’d been working on the album for some time, and it would have been out earlier, had the pandemic not happened. Luckily for us, we think anyway, that gave us a bit of time to fine tune a few of the songs and they have come out so much better. In the end, we just had to get it out, rather than sit on it until all this blew over. We were right too, as it’s looking like it’s going to be going on for a while longer.


What’s next for D:Ream?

More music, touring hopefully, and Pete has some ideas re: musicals and concept albums. Al remains open to anything but may need convincing regarding a musical!