Generation’s look at sexual and gender identity through the eyes of a new group of friends, each on their own journey to authenticity, has an empowering fresh take on the queer lives we see on screen.

And that’s partly thanks to 19-year-old creator and all-round total genius Zelda Barnz, who pens out flawed and, at times, deeply broken — but real! — characters. We get to see what so many of us have felt at one point in our lives as we try to piece together those little feelings that seem almost totally incomprehensible.

And it’s this writing and a direction that thankfully isn’t lost on its stars — including actor Lukita Maxwell, who plays Delilah.

“Gen Z is statistically the most openly queer generation and we want film to consume that highlights us and our experiences genuinely. We’re queer and proud and just want to see some gay panic on TV,” explains Maxwell as we kiki together about our favorite new show. “2021 has the most openly queer generation that there’s ever been. We’ve been ready for queer content to consume for a while,” she says with a smile, as excited about this work as we are.

Now with the second half of this breakout first season available for us to binge, attention has turned to what we, the audience, think. And it’s safe to say that so far, the reaction has been INCREDIBLE. But the message behind this show goes beyond if we like what we did — it’s personal.

“There are so many people that don’t have the familial, social, or even governmental support to explore their queerness,” Maxwell starts, the noticeable sound of hope in her voice that queer Asian Americans will be seen in their truth thanks to Generation.

“About a month ago, I talked to a Filipino interviewer whose kids had just come out to him. Because of the Philippines’ now year-long lockdown, they haven’t been able to find a community. But the interviewer said they loved the show and felt understood and yeah, I almost started crying in that interview.”

We pause because it matters. It matters a lot.

Here, we unpack more of the genius behind Generation, including how the show plays out to international audiences, and why she’s hopeful this new generation of queers is set for a visibility revolution all of their own. 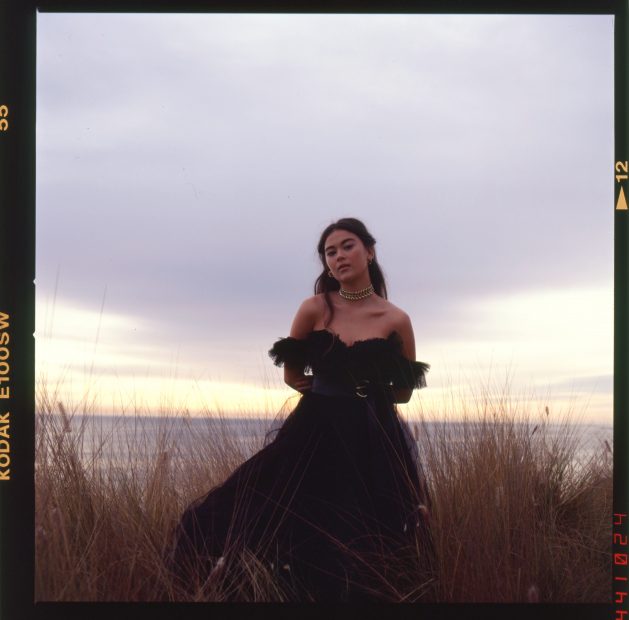 Congratulations on the authenticity of Generation. In your own words, why is 2021 the right time for a show like this?
It’s been time for too long! Gen Z is statistically the most openly queer generation and we want film to consume and highlight us and our experiences genuinely. We’re queer and proud and just want to see some gay panic on TV! (laughs) And thank you … the specificity of Generation’s beautiful and gritty stories are all Zelda, Daniel, and Ben’s fault — geniuses!

Do you remember what made you first want to be part of it?
The writing! I couldn’t put down this script when I got it. This world lived so vividly off the page, I could visualize all of these characters, all the point-of-view jumps in the pilot, the costumes, the driving shots. Also, Delilah was such a badass on the page. She was who I wanted to be in high school in some ways, just completely unafraid to voice her opinion and be unabashedly herself. I was a lot more like Riley in high school I think.

From your experience so far, what’s the reaction been like?
For the first few months, I didn’t look on social media to see the reaction. We were in the middle of shooting and a lot of us in the cast didn’t want any comments to affect our work. But since then, I’ve been inundated with such support and love for this world that Zelda created. It’s insane that I get to be a part of a family that is family to so many other people.

While there’s been some incredible other shows on television, nothing quite feels like this. Why do you think it’s landing as it is?
Zelda’s lens. She’s a change-making Gen Zer who just wanted to capture her world around her, all the good, bad, and awkward. Also the writers do an incredible job of highlighting a spectrum of queer moments that are normally swept under the rug. Those gay-panic moments of Greta and Riley’s memories of each other or how Nathan looks at Chester … it captures these emotions through each character’s lens and they’re all so tangible.

So why do you think it’s taken so long to come along?
People didn’t give films made outside of the “male gaze” a chance. I think the “queer gaze” is something so real and so specific and our show is told through a colorful, prideful queer gaze. Also, like I mentioned earlier, 2021 has the most openly queer generation that there’s ever been. We’ve been ready for queer content to consume for a while!

Introduce us to your character for anybody who’s about to tune in for both the first half of season one … and these exciting new episodes.
Delilah is the epitome of a Gen Z social activist. She is extremely headstrong, understands her intrinsic values, and demands everyone around her wake up and work to fix issues in the world. When we meet her, she’s slightly isolated and she doesn’t have any friends. Through the first half of the season, we see friendships grow in the GSA and ultimately, a crazy event brings them all together.

What were attitudes like toward queer people when you were at school?
In my tiny conservative town, attitudes were not great. “Gay” was used as a slur and most people were totally oblivious to what queer even meant. I didn’t have a support system of friends around me that I could talk to and learn more about the community from … but I had the internet and access to some media that showed me the community. I wish I had Generation to watch in school; I would’ve felt much less alone.

Have you watched the show back?
Yeah I have, many, many, many, times! We had to watch it a bunch for press days and then whenever someone new in my life watches the show, they want me to watch with them. I love it. I can’t believe we filmed it almost two years ago now.

How is it watching yourself back?
It’s easier than I thought it would be. This is really my first rodeo acting in the shoes of such a well-developed character, and I think that helps. Also, I just really really fucking love my castmates, the Barnz (the creators), and this story. It’s not a hard show to watch — I could watch it any day! 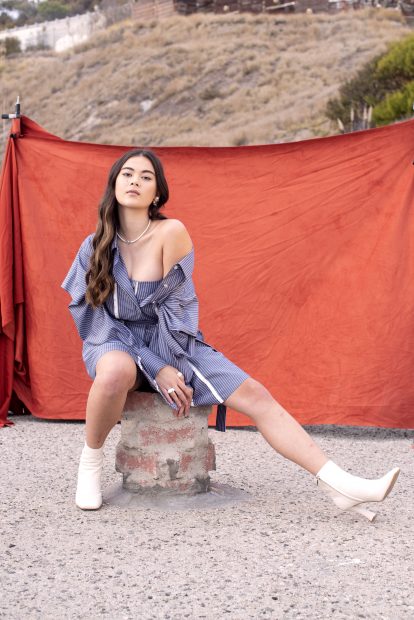 What’s been your favorite scene to shoot?
Every scene I had in the mall bathroom was incredibly physically, emotionally, and mentally draining — but so rewarding. In every aspect of shooting those scenes, I was learning so much. Exploring the space with different directors, working with an intimacy coordinator — an absolute game changer! — and learning what it means to truly trust actors around me. Nathanya and Chloe, my co-stars, were my support throughout it all.

Have you thought about the audience reaction once the show goes international?
There are so many people that don’t have the familial, social, or even governmental support to explore their queerness. I hope that this show provides a sense of comfort to those who don’t have access to a more tangible support system yet. About a month ago, I talked to a Filipino interviewer whose kids had just come out to him. Because of the Philippines’ now year-long lockdown, they haven’t been able to find a community. But the interviewer said they loved the show and felt understood and yeah, I almost started crying in that interview. (laughs)

Did filming teach you anything about yourself?
My queerness. We shot the pilot when I was 17 and in love with a girl and exploring my queer identity for the first time. Working on a set with such a diverse LGBTQ cast and crew felt like the support I was craving.

And finally, does seeing the Gen Z generation being authentic make you hopeful for the future ahead for LGBTQ+ people?
Oh, absolutely! Generation was revolutionary because queer Gen Z stories were being written by a queer Gen Z writer. There is so much media starting to emerge highlighting LGBTQ+ characters, actors, writers, directors, and cinematographers. We finally have control of our voice and can create art through our lens.