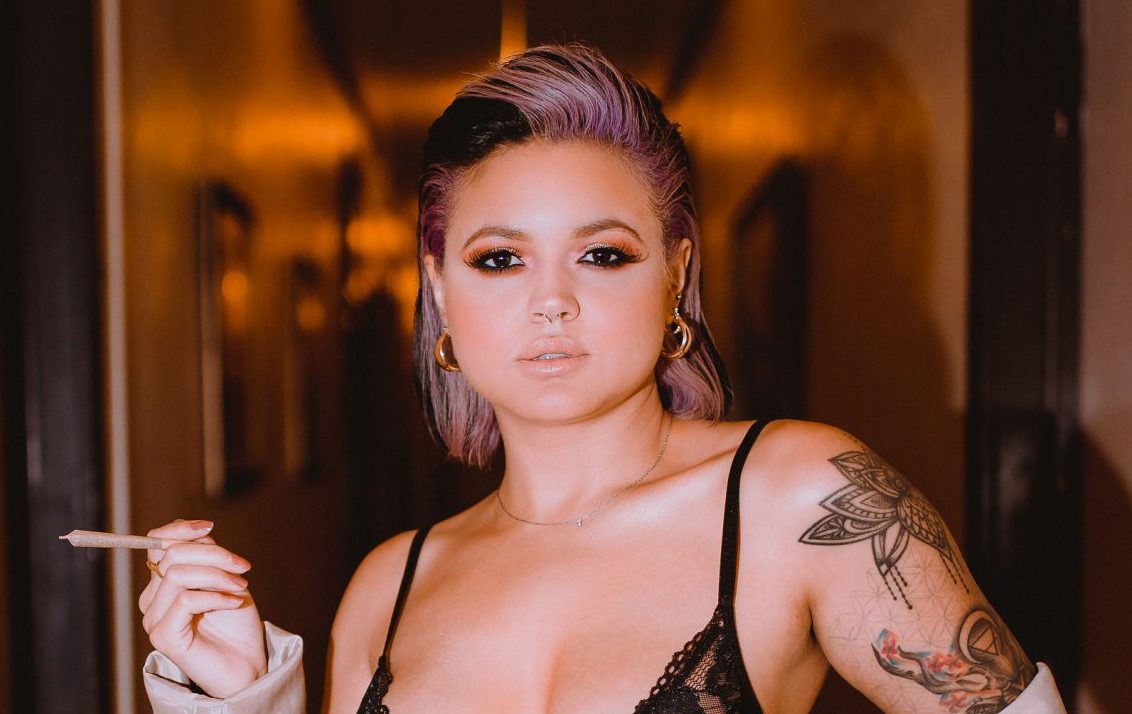 Since debuting on the music scene in 2018, Orlando-based singer Talii has continued to deliver the goods. Those who are already familiar with the rising star will know that her blend of alternative R&B and pop is what sets her apart from the rest and is what keeps fans coming back for more. And for those that don’t know, be sure to check out “Good to Be Bad” and “Front Seat” and thank us later.

Her first release of 2021, “Pointless Numbers,” maintains her signature sound and will be taken from her long-awaited debut EP, which is expected to drop this summer. Along with the single, EUPHORIA. is premiering its music video ahead of the song’s global release on June 9. We were also able to talk to Talii to learn more about “Pointless Numbers,” her forthcoming EP, and her artistry.

What is the story behind your latest single “Pointless Numbers?”

I’m very big on mental health. I have experienced my fair share of struggles from dealing with the ups and downs of bipolar II disorder most of my life, but this is the first time I’m really sharing this aspect of myself through my music. Up until now, my music has always been very upbeat or uplifting… but I also deal with heavy depressive episodes. “Pointless Numbers” is a song that portrays how those moments feel for me and I’m sure for many others as well. It’s a song for those dark, rock-bottom moments in life where you know you need help but out of the hundreds of numbers in your phone, you feel like you have no one to call. It’s a song to cry to, a song to feel to, and a song that gives your pain a voice. I truly hope it helps people feel less alone and more understood.

What made you want it to be your first release of 2021?

It kinda just unfolded that way and is really aligned with the state I’m now coming out of. Beyond that, i feel like last year took a huge emotional toll on all of us. So many people were and still are affected by it… A lot of us had to face the pain of being isolated and alone. A lot of us had to deal with our anxiety, depression, trauma and so much heaviness alone… So I feel like a lot of people will be able to relate to this song right now.

Tell us about the video and who came up with the concepts.

The video really brings the song to life! It starts at my birthday party. It’s supposed to be a fun day, but I’m hurting inside and all that’s playing in my mind is the night before where I got home from an evening out and further tried to numb the pain by getting intoxicated. The video shows that night and into the next day where I had to pull myself out of that dark space to be at this party surrounded by friends who have no idea what I’m actually going through.

It really illustrates the notion that we never really know what people are dealing with, and that so many of us suffer in silence.

It was shot and directed by Kal Visuals with help from Herb Maximo. I had sent over some inspiration along with the story behind the song and Kal brought my ideas to life with this beautiful concept. They did such an amazing job.

Are videos something you enjoy creating? Or do you prefer writing in the studio?

I love visuals just as much as I love creating in the studio. I’ve always had a love for music videos, movies, etc., but it really sparked after a film class I took in high school. I feel like music videos add an important element to the storytelling aspect of a song and in my opinion, having a visual element to a song makes it feel truly complete.

For those just discovering your music, how would you describe your sound in three words?

It’s evolving for sure! But I would say currently it’s alternative, feelsy, R&B.