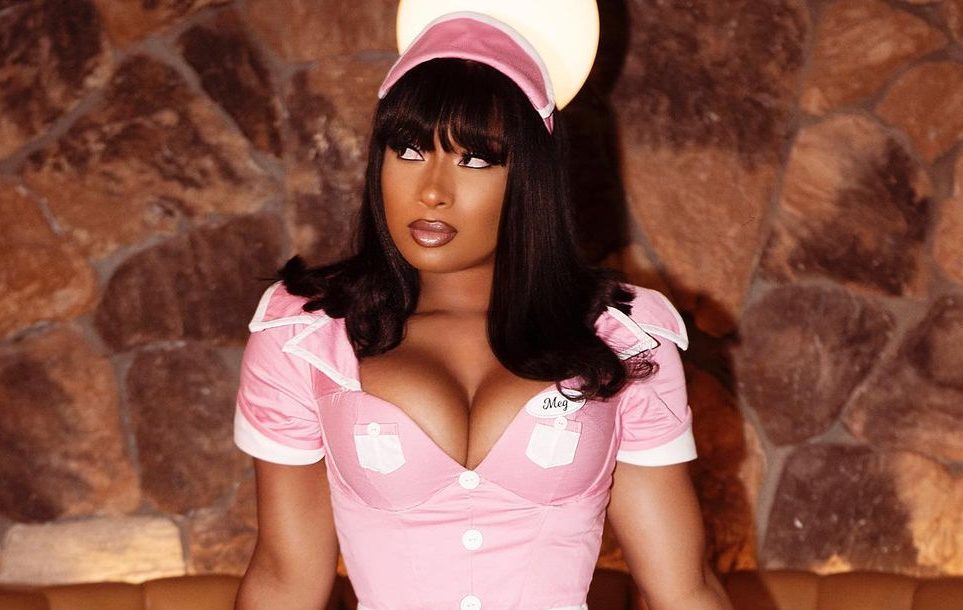 The track and visual, which dropped on Friday, mark the return of Megan’s alter-ego Tina Snow, who uses sharp bars, rhythmic twerks, and playful vengeance to quell self-righteous conservative disparagers. The clip begins with a hypocritical senator who leaves a slut-shaming comment under Megan’s “Body” video. The rapper then calls the entitled politician, telling him, “Look motherfucker, the women that you accidentally tryna step on are everybody that you depend on.” She then lists a handful of essential workers (medical practitioners, cooks, garbage collectors) whom the lawmaker presumably depreciates. “They control every part of your life,” she adds. “Do not fuck with them.”

After the fair warning, Megan and her legion of working-class Hotties torture the legislator in his everyday life while he bathes, grocery shops, and goes out to eat. He can’t escape their jiggling posteriors as Megan spurns the cavils of haters and loudmouths (such as the real-life conservatives who condemned her “WAP” collaboration with Cardi B). “I don’t give a fuck ’bout a blog tryna bash me,” she raps. “I’m the shit per the Recording Academy.”

ICYMI, Megan won three Grammys at this year’s award ceremony: best new artist as well as best rap song and best rap performance for her “Savage” remix with Beyoncé. So the quibbles coming from the echo chambers of moral sanctimony have little effect on her success, and she knows it. Instead of recoiling, Megan doubles down on her sex-positive platform while turning the tables to question the true virtue of those chastising her expression. At the end of the “Thot Shit” video, a surprise twist reveals that she gets the final say on who should be censored and tight-lipped.

“Thot Shit” is Megan’s first solo release since her debut album, Good News, dropped last year. And with the resurrection of Tina Snow, we can only hope for more cool anthems to add to our sizzling summer playlist.