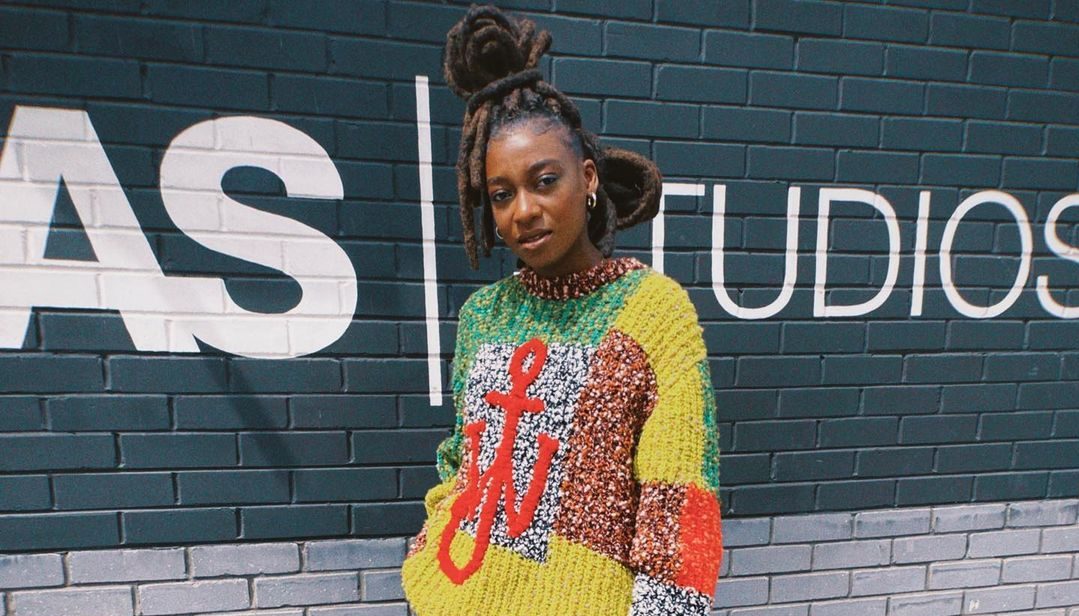 Little Simz didn’t have to go as hard as she did in her new song, “Rollin Stone.” But, hey, everyone loves an unflinching flex.

The 27-year-old UK rapper dropped the track on Monday, along with a lyric visualizer featuring flashy inverted colors. The song begins with a soft melody before it’s pummeled by an electronic beat that fuels Simz’s rapid-fire flow.

The Top Boy actress packs a bevy of sharp zingers into her opening verse. “I can’t vouch for a man that ain’t got the talent and business combo / It’s all a sport, flow on archery, don’t get hit with the crossbow,” she says. “Stayed to myself, been true to the core / I was always the illest, there’s never been no cure.” And it’s not all braggadocio. Staying true to her essence, Simz also makes a pointed statement on maintaining artistic bona fides. “No cap, we hate snakes and we hate rats,” she asserts. “You can have opinions, just don’t mislead the youth in your raps.”

After the first round of clever rhymes, the beat switches to a spaced-out tempo, complementing Simz’s cool, confident swagger. “Last year, pen was crazy, this year tougher with the ink,” she says. “Know the people miss me, they like, ‘Where the fuck you’ve been?’ / Counted all my losses, manifested all my wins.”

“Rollin Stone” is the third single from Simz’s string of recent unveilings. In April, she dropped the impassioned track “Introvert,” accompanied by a theatrical music video, and followed it with the May release of  “Woman.”  Her latest song combines the piths of “Introvert” and “Woman” — sensible commentary and uplifting celebration — with an extra spritz of bravado.

Introversion remains an eminent theme in all three songs, aligning with the concept of Simz’s forthcoming album, Sometimes I Might Be Introvert. The 19-track LP, which includes spoken-word interludes, is an exploration of Simz’s innermost thoughts and reflections.

“I’m just very to myself, and I didn’t know how to really navigate that, especially coming in this industry where you’re expected to have this extroverted persona all the time,” Simz told The Observer in an interview about the album. She added that the upcoming project serves as a channel through which she streamlines her contemplations. “It’s me being this introverted person that has all these crazy thoughts and ideas and theories in my head and not always feeling like I’m able to express it if it’s not through my art,” she said.

Sometimes I Might Be Introvert is due on Sept. 3 via Age 101.