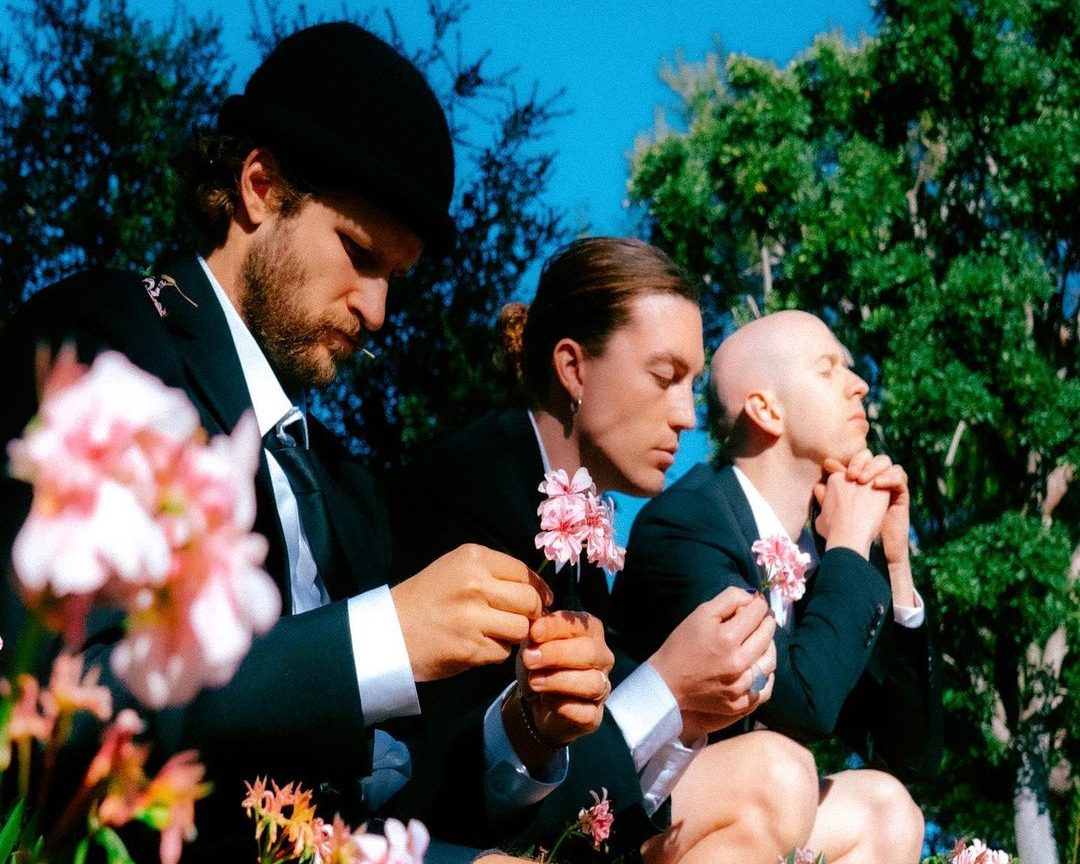 LANY — dancing in the kitchen

The lead single for LANY's next album has arrived.

Just nine months out from the release of their chart-topping third album mama’s boy, Californian synth-rock trendsetters LANY dropped a blissful lead single of the next record, titled “dancing in the kitchen.” The track comes just weeks after the group’s co-release with noted country star Kelsea Ballerini, “I Quit Drinking,” which has racked up over 7.5 millions Spotify streams.

The band wrote on social media that “dancing in the kitchen” marks the beginning of “the new era,” also divulging the track was laid down at Conway Studios in Los Angeles, on May 6 of this year — a fairly quick turnaround for the release.

In classic LANY fashion, it’s easy to close your eyes and get lost in the music. Opening on layered synths, the track is a slow build to a soothing crescendo that sweeps you off your feet. Telling of a night spent “dancing in the kitchen,” frontman Paul Jason Klein sings, “We could have nothing and all and still feel like nothing’s missing / Now we’re moving like we’re on the moon / Dom Pérignon drip on our shoes / We could fly around the world, but we always end up dancing in the kitchen.”

On the production front, LANY delivers hard on the track, with keys adding warmth to the depth “dancing in the kitchen” down the stretch, exuding a sonic palette akin to earlier LANY projects. The tropical beat is soon met by susurrate synths that soar and blanket the vocal in a gospel-esque haze, with a side of soft drums and subtle guitar that scream summer vibes soaked in calmness.

Despite declaring the beginning of a new era for the band on their socials, LANY opted to keep with the theme we saw in their mama’s boy album, in that the song is monikered in lowercase letters.

As per usual with LANY album cycles, the lead single gets its own cover art that is separate from the album art. In the case of “dancing in the kitchen,” the single art features a disco ball, which is ironic, as it’s a safe assumption that disco balls in kitchens aren’t super common, but it’s also safe to assume doesn’t deter people from dancing there.

“tbh this is just the most fun i’ve ever had making music. hope the song makes u smile.” said Klein of the track in a statement posted on Instagram.