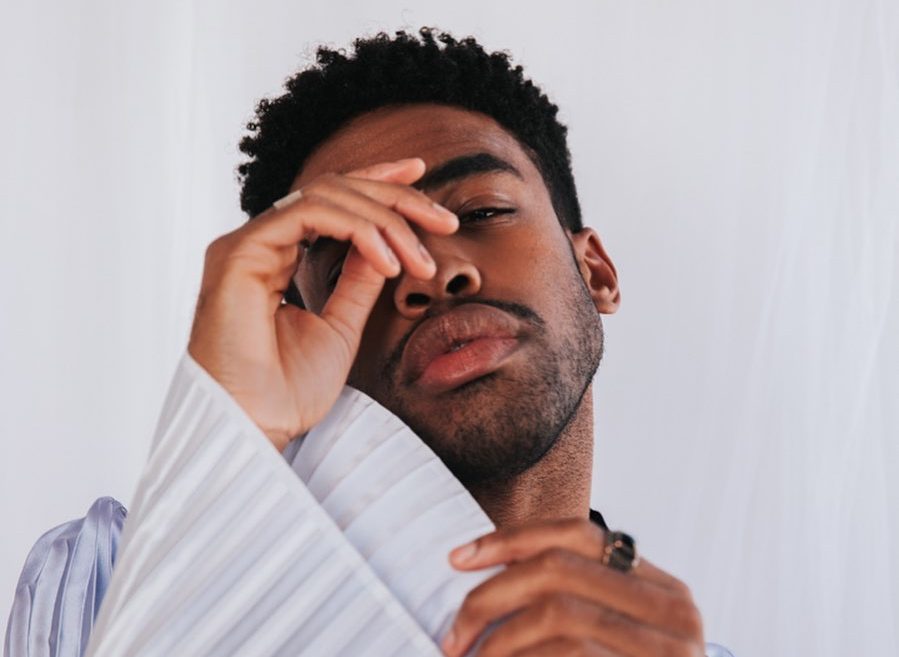 Butterfly Ali, otherwise known as Titus Makin, is known for his signature ’70s visuals and slick sonic merging of retro sounds and modern influences. In April, the neo-soul singer released “Testimony,” the first single from his debut EP. Inspired by gospel music and a religious upbringing, the single is a lively and funk-driven track that pays testament to his relationship with faith and paved the way for an equally energetic and upbeat debut EP, Preacher’s Kid, released on June 11.

Speaking of the EP’s magnetic sound, he explains, “It’s really important to me to honor both vintage and modern sounds because both are exactly what I am: vintage-inspired in a modern age.” Expanding further on how he achieves such a perfect blend of old and new, he says, “No matter how much of a modern sound I put on top, I typically add in some type of funk baseline or soul gospel rooted keys to help ground the track. I’m truly inspired by today’s music and oldies, so I let both come through sonically.” With such a buzz surrounding Butterfly Ali and his feel-good, confident aura, EUPHORIA. took the opportunity to speak to him about his toe-tapping sound, how he uses music to address the issues that are close to his heart, and what’s next for him.

Butterfly Ali’s given name, Titus Makin, may sound familiar, and that’s probably because you’ve heard it before. Prior to embarking on his musical career, Makin starred in hit shows such as Pretty Little Liars and Glee and is also currently playing the role of Jackson West on ABC’s The Rookie. While his acting career is clearly something he values, Butterfly Ali looked to music as a way of truly expressing himself. “With acting, I’m a little bit more bound to tell the story provided and not my own,” he says. “I love music because it’s an opportunity to share my journey with other people.”

Speaking of his initial decision to go into music, the songwriter shares, “It simply started with me loving to sing and perform, but quickly it became more of an outlet to express my genuine thoughts and emotions.” However, the multitalented star also recognizes that a music career is a far more exposing path. “At times, it can be a very vulnerable journey, but also very rewarding,” he says. “It has definitely promoted growth within myself.” That emotional growth and vulnerability is something Butterfly Ali has welcomed with open arms. “I just want to continue to create a space for people to get to know the real me and not the me from the past, or the acting roles that I’ve played,” he says.

That vulnerability and emotional self-exposure are at their most raw on the EP’s third track, “Truth Is.” As Butterfly Ali sings, “I be tryna to breathe, thought I said I can’t breathe? / Fallin’ on my knees, my neck up under your knee / Can I be a hero? They lookin’ for a hero / They making people bleed, that’s just where their greed at,” he takes the opportunity to tackle systemic racism and directly references the death of George Floyd. The song is spine-tingling and harrowing: a beautiful piece of art that should never have had to be made.

As he reflects on the decision to address themes of systemic racism and corrupt politics through his music, Butterfly Ali explains, “Although it may receive ridicule or hate, I don’t mind sharing my beliefs and thoughts with the world. It’s your choice to listen to my message or not.” It would be entirely understandable for someone to feel emotionally drained after addressing such weighted topics, but not for Butterfly Ali. He sees it as a blessing. “Putting those topics in my music feels like more of a safe space to express my thoughts, as opposed to placing them on social media where they can be instantly commented upon,” he says, adding, “I like that, with a song, you hear the full spectrum of my thoughts, and it’s not just one sentence that can be twisted to mean something that you assume it should mean.”

Social media has proved to be a powerful tool in demanding justice and education and exposing systemic failings. However, Butterfly Ali makes a valid point that social media can allow for far too much negative and unhelpful commentary that deters from the central focus. In using music and lyrics to make his stance known, Butterfly Ali is ensuring an uninterrupted rhetoric. “I hope my music continues to create conversations, bring up topics or answer questions that so many people still feel embarrassed that they don’t know about or feel unsafe to ask,” he says. “It’s OK to ask questions, and I want to inspire people to promote change through love and communication, not aggression or anger.”

For the music industry, the last 15 months have been alien and uncertain, and, at times, artists have felt conflicted about releasing and promoting their music during a pandemic. That conflict is something that Butterfly Ali is no stranger to. However, the soulful singer has remained refreshingly self-aware during such a strange time. He says, “It’s been interesting recording and releasing music during this time. At moments, it feels pretty self-indulgent to promote my own music when so much is going on in the world. But on the flip side, it’s really nice to be able to have a space to encourage others through my music.”

Fortunately, some normality has started to return, and with that, the groove-making vintage soul that is Butterfly Ali is primed and ready for an exciting year ahead. “Music is definitely a strong focus for 2021, but I also plan to continue acting throughout this year, Lord’s willing. I’m excited to continue to build and grow Butterfly Ali, as this is just the first EP,” he shares.

Despite it being his debut EP, Butterfly Ali’s Preacher’s Kid has the cohesive sound and slick production of an artist on their second album. So, with such promise, limitless rhythm, and a poignant message, it seems as though Butterfly Ali’s future in the music industry is bright.