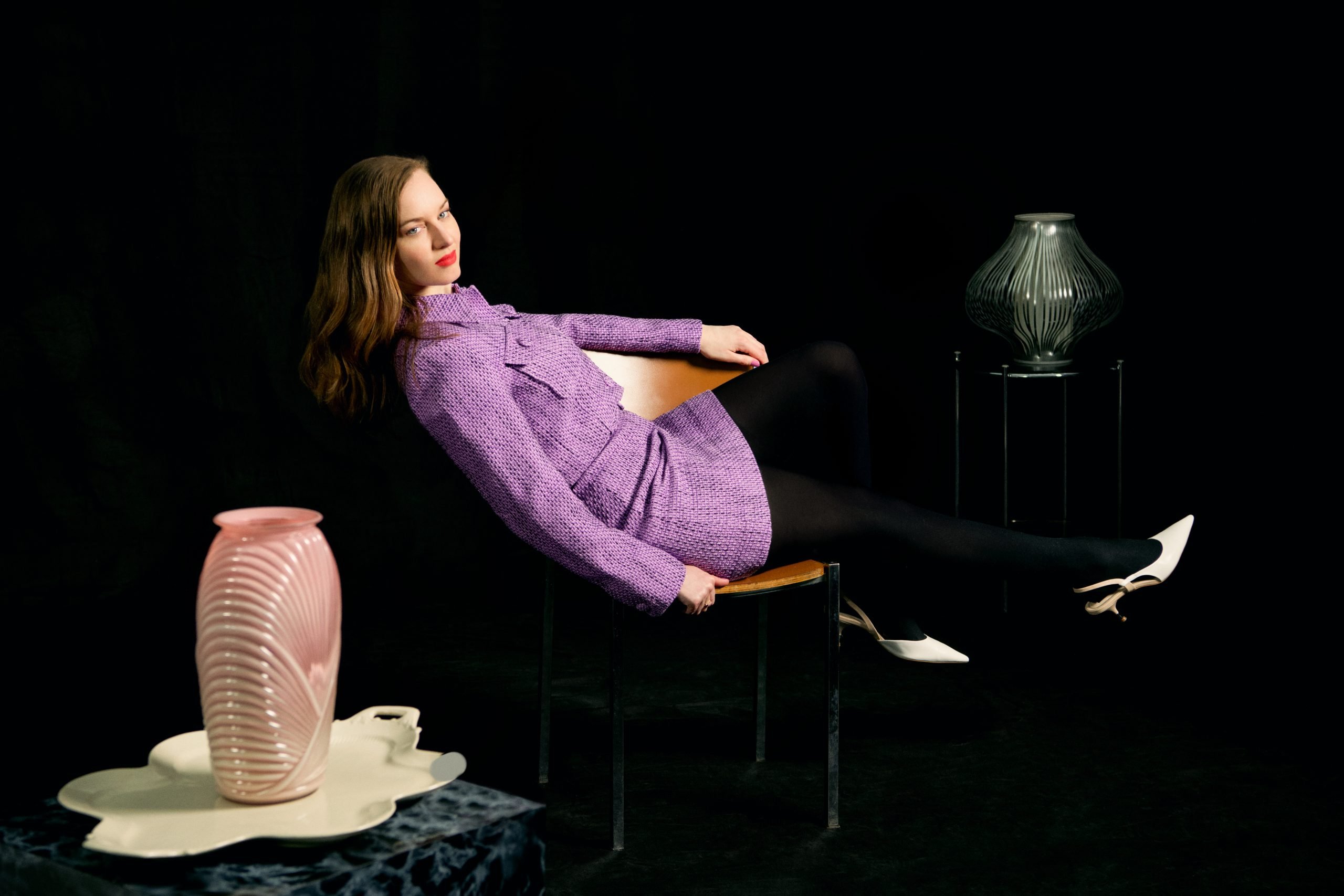 They say to never judge a book by its cover, but in this case, that wouldn’t be a bad thing as Lou Hayter’s long-awaited debut album, Private Sunshine, lives up to its pretty artwork and takes you on a sweet, nostalgic journey. The former New Young Pony Club member first kicked off her solo career with the album’s opener “Cherry on Top” in 2018,  which is certainly a delightful start to the record. It’s been a bit of a wait to get a full-length project, but that’s all history now.

Something that needs to be said from the jump is that Private Sunshine is the perfect length for an album today. Ten tracks, no filler, and certainly no bullshit in between. Despite every song pretty much paying homage to the ’80s, that doesn’t mean this album is your typical “cohesive album.” One thing that stays consistent throughout is Hayter’s soft, dreamy vocals on each track.

Whether she’s singing on an intimate synthy ballad — “Private Sunshine” — a groovy cover of Steely Dan — “Time Out of Mind” — or a retro dance anthem — “My Baby Just Cares For Me” — Hayter understands the assignment that was set for each studio session. An obvious standout and potentially the best song on the album is “Still Dreaming,” a euphoric, heaven-sent pop banger that is the real cherry on top. The LP’s unexpected closer, “Pinball,” is further proof that Hayter is a versatile artist with no limitations.

While there probably isn’t much Hayter has in common with Dua Lipa, Future Nostalgia is a good way to describe Private Sunshine. With hints of Prince, Kate Bush, Sade, and Goldfrapp, Hayter’s material without a doubt has its own identity while staying current and giving a wave to the past.

While enjoying her debut release, EUPHORIA. caught up with Hayter to learn more about the album and her creative process.

“Cherry on Top” was the first offering from the album but came out in 2018. Why the long wait?

It took a little while after I signed with my label, Skint, and then to finish the rest of the record. But I wanted to keep “Cherry on Top” on the album because it’s part of the story and sometimes songs get lost if they’re not part of an album.

Was there a song that was the most challenging to create? And if so, which one was it?

Hmm, maybe “My Baby Just Cares For Me” because I was like a jigsaw puzzle and I had to keep revising it till it was right.

What song are you most proud of?

“Private Sunshine” because I wrote and produced and performed it all myself.

What are you hoping listeners will take away from the album?
I hope they’ll like it and it’ll be one of those albums where you can listen to the whole thing without having to flick past any tracks. That’s what I tried to make.
How long did it take for the album to complete?
Ah, ages!! Cause I was on my own before I signed the deal and it’s quite a lot to get off the ground on your own plus I was DJing full-time.
Tell us more about the incredible album artwork. Where did the inspiration come from?
That’s by the lovely Alice Kunisue. She’s from Paris and came across her work from some of the stuff she made for my mates at Ed Banger.  I loved the surrealist collage aspect of her work because it made me think of how I made the record. It’s very pop-art, which I love. I think of it as the perfect visual representation of the music.
Has being a solo artist put any more added pressure on yourself?

Maybe…I like it though. I like being able to make all my own decisions and not diluting any ideas. It’s nice to collaborate too, just a different thing so this time it’s nice to do it this way for a bit but soon I might crave working with someone else again.