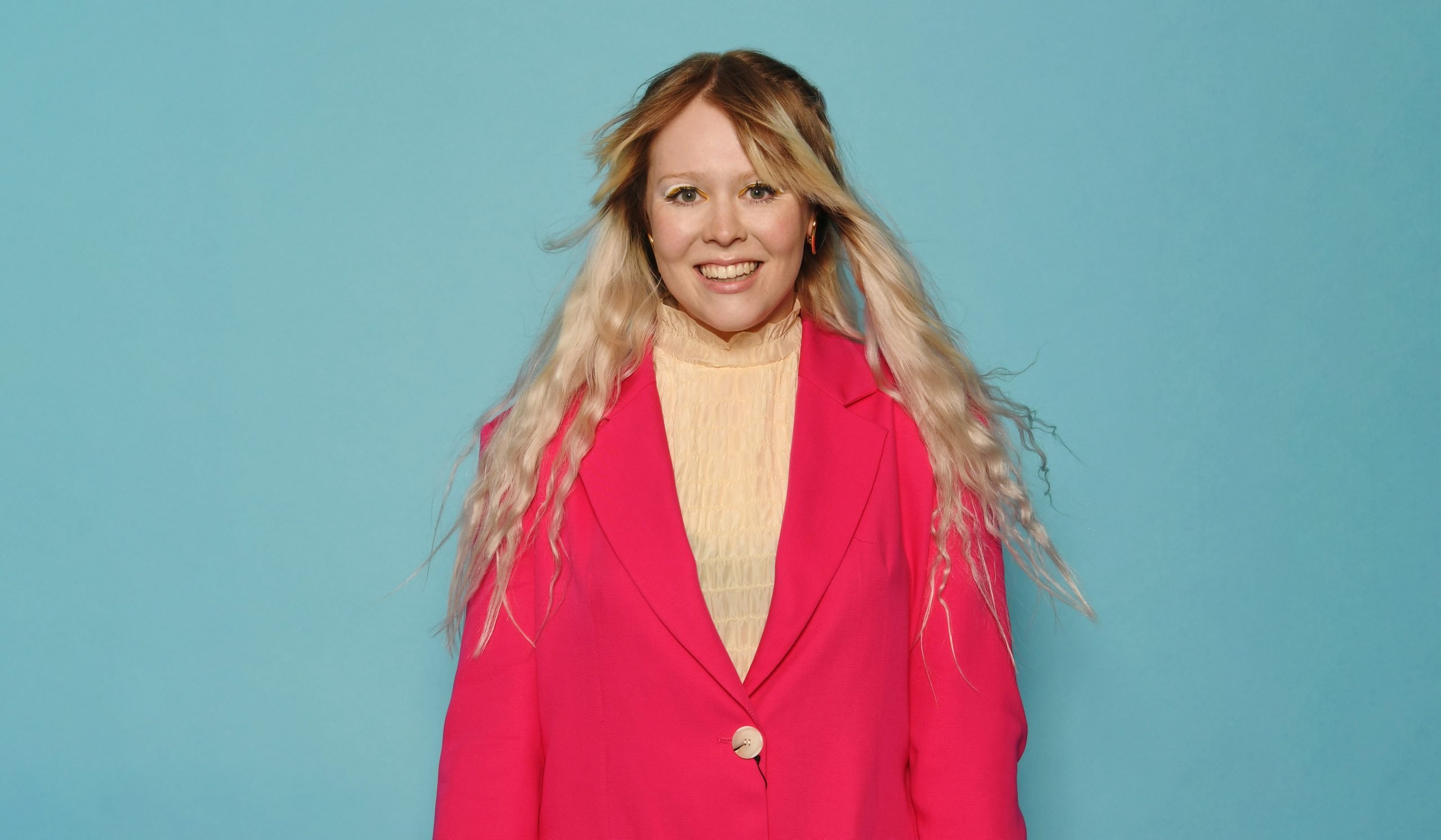 Fabio Magnocavallo·
MUSIC
·June 25, 2021
Share
Photography
Jack Alexander using Broncolor
Styling
Morgan Hall
Hair & Makeup
Lucy Gibson for Frank Agency
After kicking off her year with the critically-acclaimed pop banger, “Playlist,” with collaborator Oscar Scheller, Litany has subsequently been gearing up for the release of her new EP, Adult Movies. Due out on August 7, she admits this is a body of work she is most proud of.
Known for her synthy productions, Litany kicked off the era in May by stripping things back with the emotional ballad “Cream,” and delivered a raw and stunning visual that represented the mood of the song perfectly. A month later, she is here to give listeners another dose of the upcoming 5-track project. The super playful, funk-fuelled “Sleepover” lyrically focuses on an awkward relationship that many can relate to. Produced by Fyfe and written with James New who has also penned tracks for fellow British musicians Dua Lipa and Raye, it comes as to no surprise as to why the song slaps.
During a discussion with Litany, we learn more about her creative process, the new EP, and what is inspiring her current material. 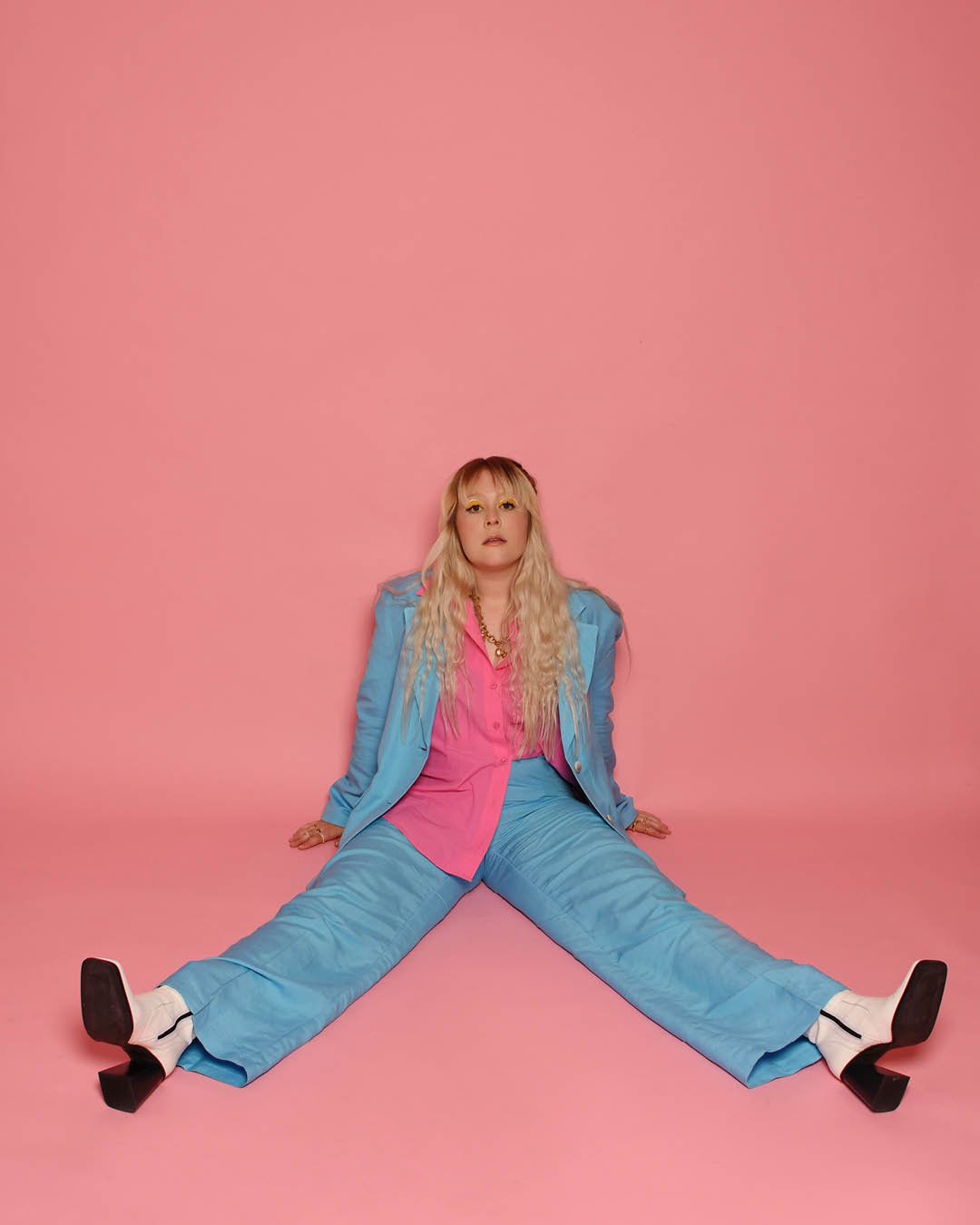 What inspired you to write your latest single “Sleepover?”
A boy! It’s weird, we were having this Ross/Rachel break moment and it dawned on me that I’d fallen for him, and he the same but he was freaking about getting into a relationship and not being mentally ready, etc. So this song was me trying to hash that out and remind myself that I wasn’t the problem I guess.
How long ago did you write the track?
January 2020. We actually got together shortly after, survived the depths of the pandemic, and then called it a day on Valentine’s Day – I KNOW! – for the same reason as before, so this song rings true now more than ever for me. 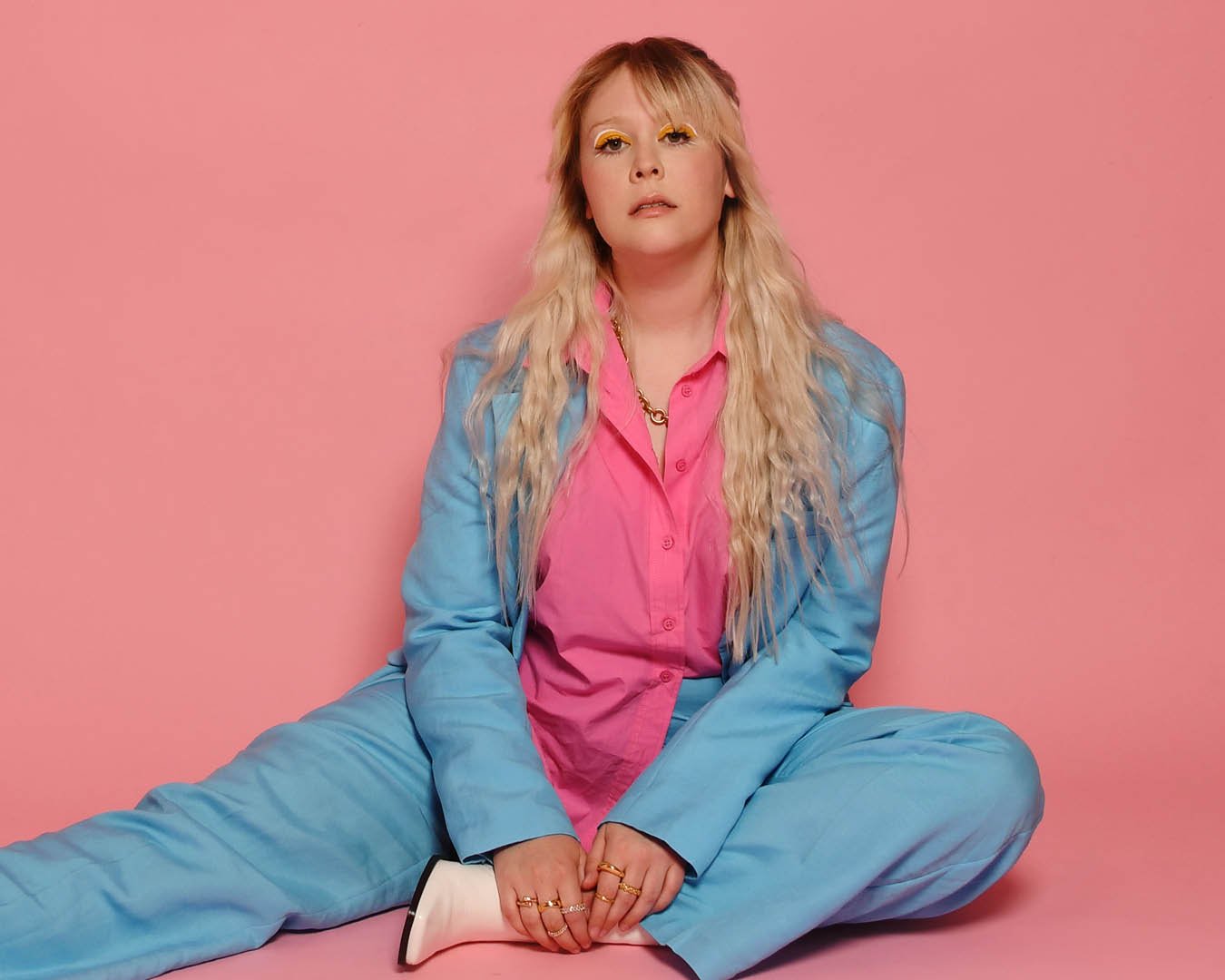 The music video for “Cream” is quite stunning. What made you want to go with something so stripped back?
Thank you very much! It’s an emotional one for sure and didn’t want a fussy visual. It’s about loving someone who’s suffering badly from depression and navigating how best to be there for them. Cream acted as a metaphor for contentment so I wanted to create a womb-like space with padded walls to mirror that whilst performing it up close and personal, kneeling to represent the vulnerability he was feeling.
Your recent collaboration with Oscar Scheller for “Playlist” was very well received. Did you have a gut feeling it was going to go down well with listeners?
In my years of releasing music, I’ve learned you never truly know how well something’s going to perform in advance but Oscar and I have such incredible chemistry and I think that really comes across in the song and accompanying visual. It’s a vibe! 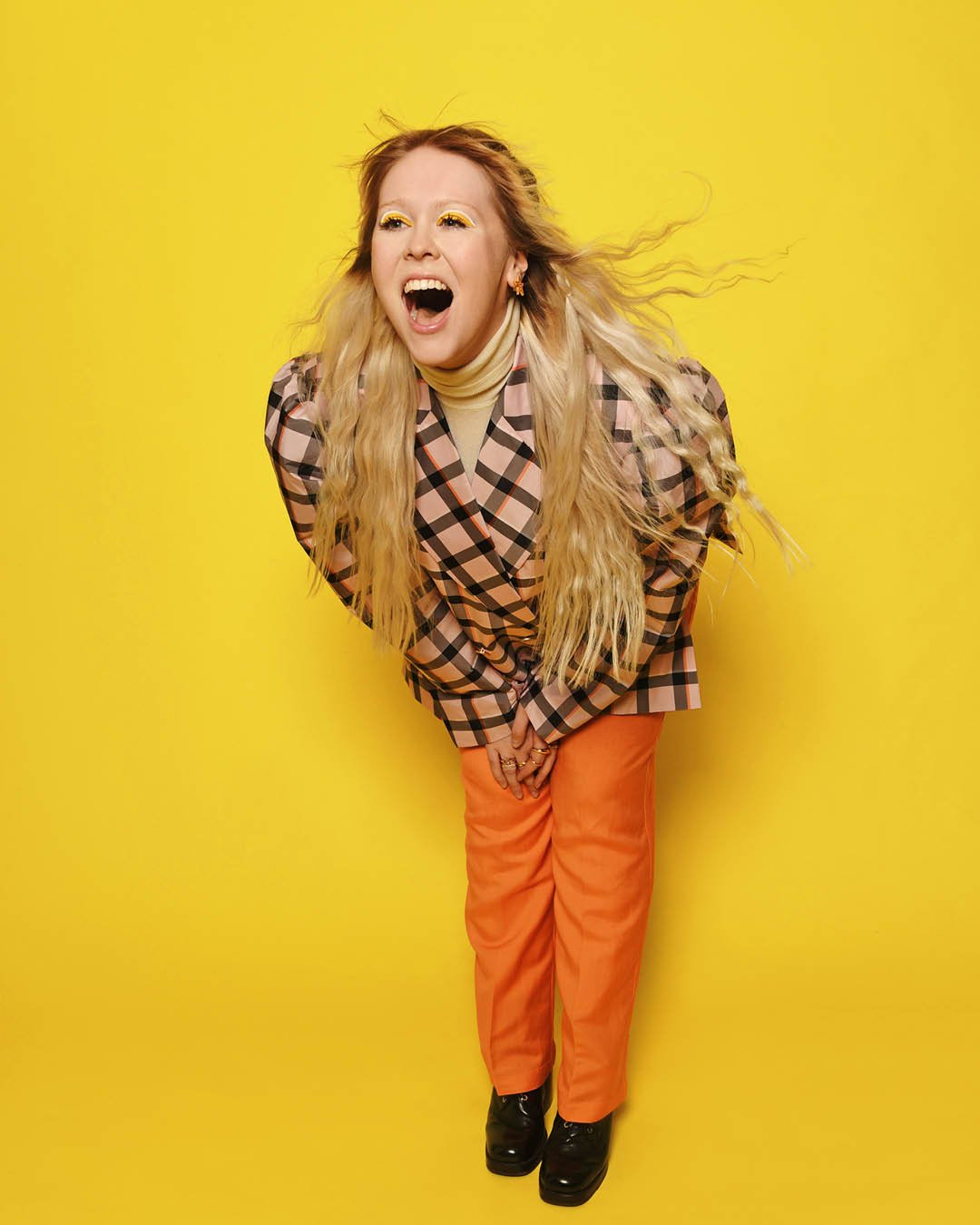 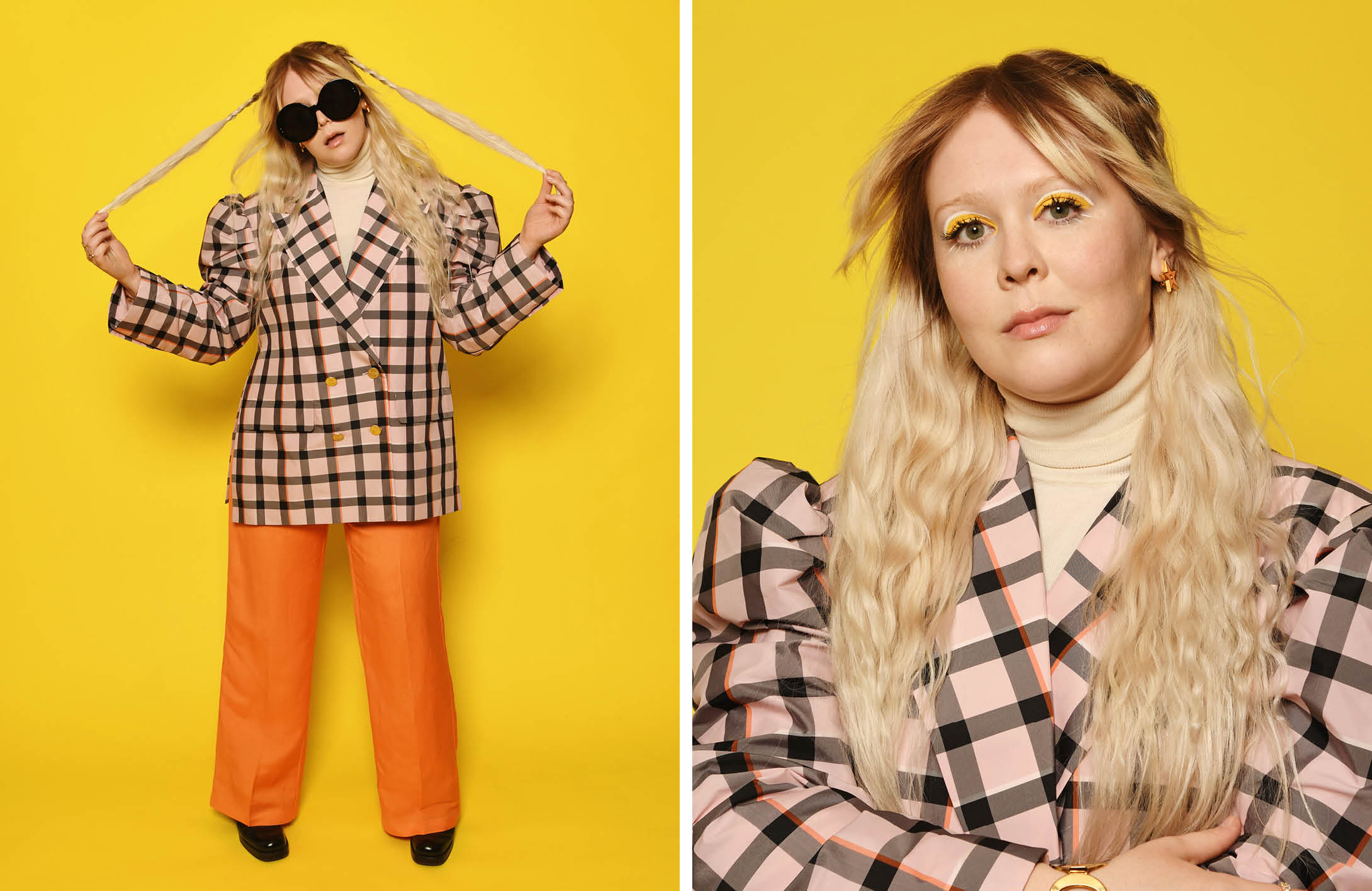 “Bedroom” remains your most popular song on streaming services. When writing, are statistics something you ever think about?
“Bedroom” was never actually a single, it was just an EP track and I remember vividly playing it to a radio plugger in their office at the time and they were like “nah this isn’t a single, nah, can’t hear it, sorry”. SO, I took their advice and released another song as the lead single. Oh, how wrong they were!? Just goes to prove my previous point huh?!
During the creative process, are you someone who comes up with visuals in the studio, or does that all come to you after?
It depends really! I think if I’ve got a strong visual lyric, whether it’s a prop or a specific place I’ll have planned the video right there and then and it most likely helps me write the rest of the song. I’m a self-professed control freak so do like to at least oversee the visual counterpart. 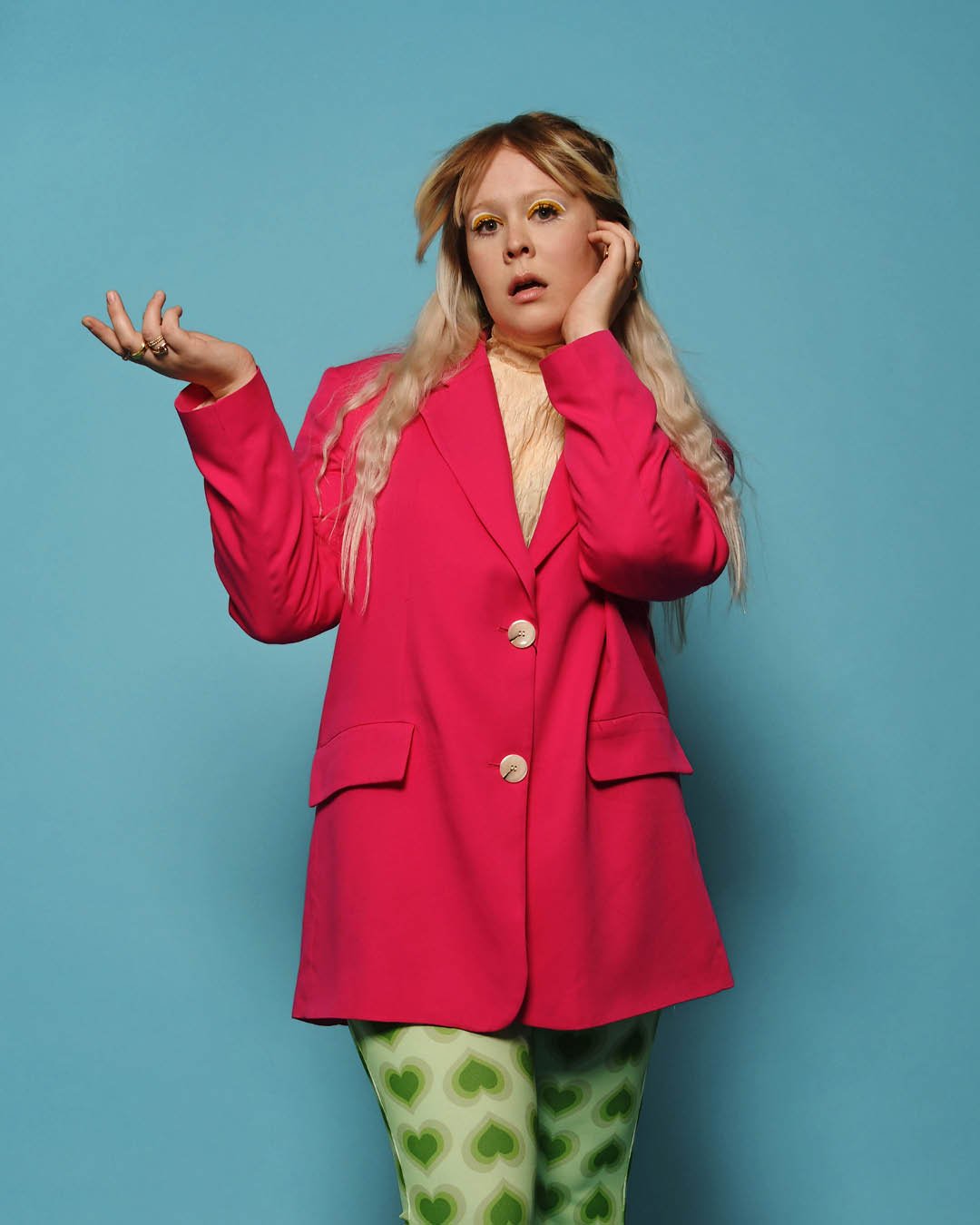 Who is inspiring your music at the moment?
Right now, I’m listening to a lot of 70s music which is only further fueling my obsession with funky disco bass lines – which my live band is thrilled about. But I’m also loving Haim’s latest album and how organic the instrumentation is. It’s so refreshing to hear that in female-fronted pop music so think that’s definitely bleeding into my creative conscience!
What can fans expect from your upcoming live shows?
A massive fucking party with aforementioned funky disco bass lines, dodgy dancing and dad jokes. Get your tickets now people!
What can you tell us about your upcoming EP?
I’m more proud of this than anything else I’ve ever released. Lyrically and musically it’s taking Litany into such an exciting place and if people like it, it would be rude not to delve into an album after that really.
Have you set yourself any goals that you would like to achieve by the end of the year?
Yes! I would like to tour. After this last year of nothingness, I want nothing more than to get out and do what was sadly robbed from us. Dying to get over to the US. That and also start writing an album.
Start typing to see results or hit ESC to close
new music music interviews Interviews interview music video
See all results