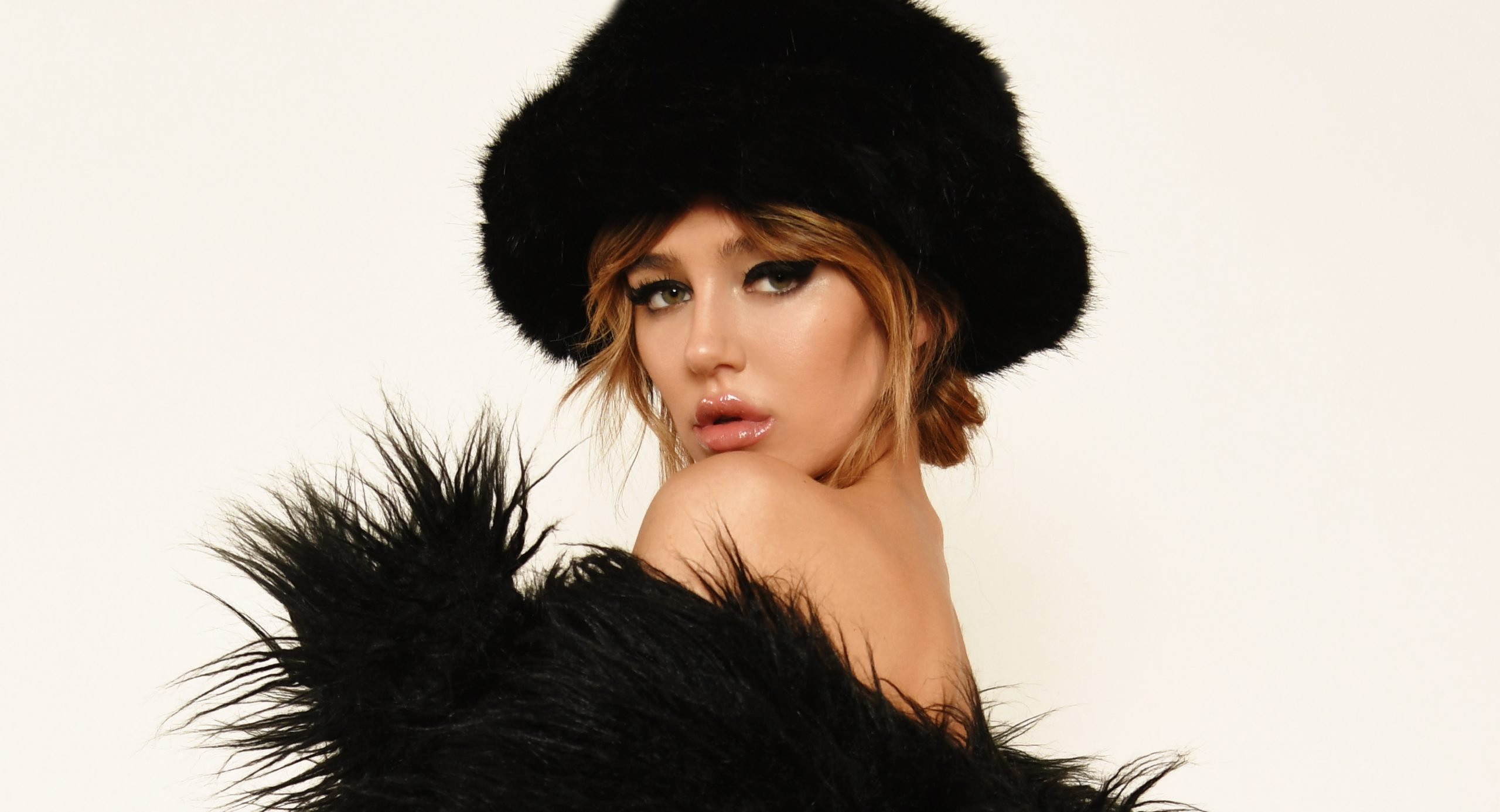 You know her mother from her star-making turn on The Real Housewives of Beverly Hills and dancing on Instagram. You know her dad from Mad Men and L.A. Law. You know her younger sister from, well, dating Scott Disick. But Delilah Belle Hamlin, Lisa Rinna and Harry Hamlin’s eldest daughter, isn’t opposed to flying under the radar while she plans and manifests her epic metamorphosis. Fashion, music, she’s doing it all — but she’s being smart about her approach, taking her time, and following her gut.

The model’s passion for creating is apparent during our Zoom call, during which she teases her upcoming first single self-described as “R&B and pop.” When I tell her I’m a bit shocked to hear about her pivot into the music industry, she gives me a knowing smirk. “Good,” she replies, her smile broadening.

“I’ve always loved to sing, you know, always singing in school and vocal lessons, theater classes, and stuff when I was younger. But then as I was getting older and started modeling, I kind of took a step back from that,” Hamlin explains with earnest. “I never really felt fully confident to delve into the music world because I was just starting to learn about the modeling world. And that, to me, was already a lot. I think recently I have become more confident in myself and in what I want to do. So I’ve been working on music.” Admittedly, the process has had the occasional bump in the road. Hey, we are in a pandemic. “With COVID, when you just are starting to get into music, I think it’s harder than people that already have the connections and already know people,” Hamlin says. “It’s harder to meet people in person due to COVID restrictions and stuff.”

It’s rare that the music production process happens linearly, even without a global crisis on the table — but Hamlin is pretty good at hyping up her work for its near-future release. She credits the vocal stylings and jazzy-toned, soulful cadence of artists like Maverick Sabre, James Vincent McMorrow, H.E.R, Masego, Khalid, and Ella Mae as influential to her desired sound. TBH, the list only makes me more intrigued to hear her first release.

When she’s not brainstorming about her forthcoming tracks, Hamlin is using her model prowess to step off the runway and into the atelier. After trying her hand at a clothing line with her younger sibling over the past few years, she plans to strike out on her own with a whole new perspective. 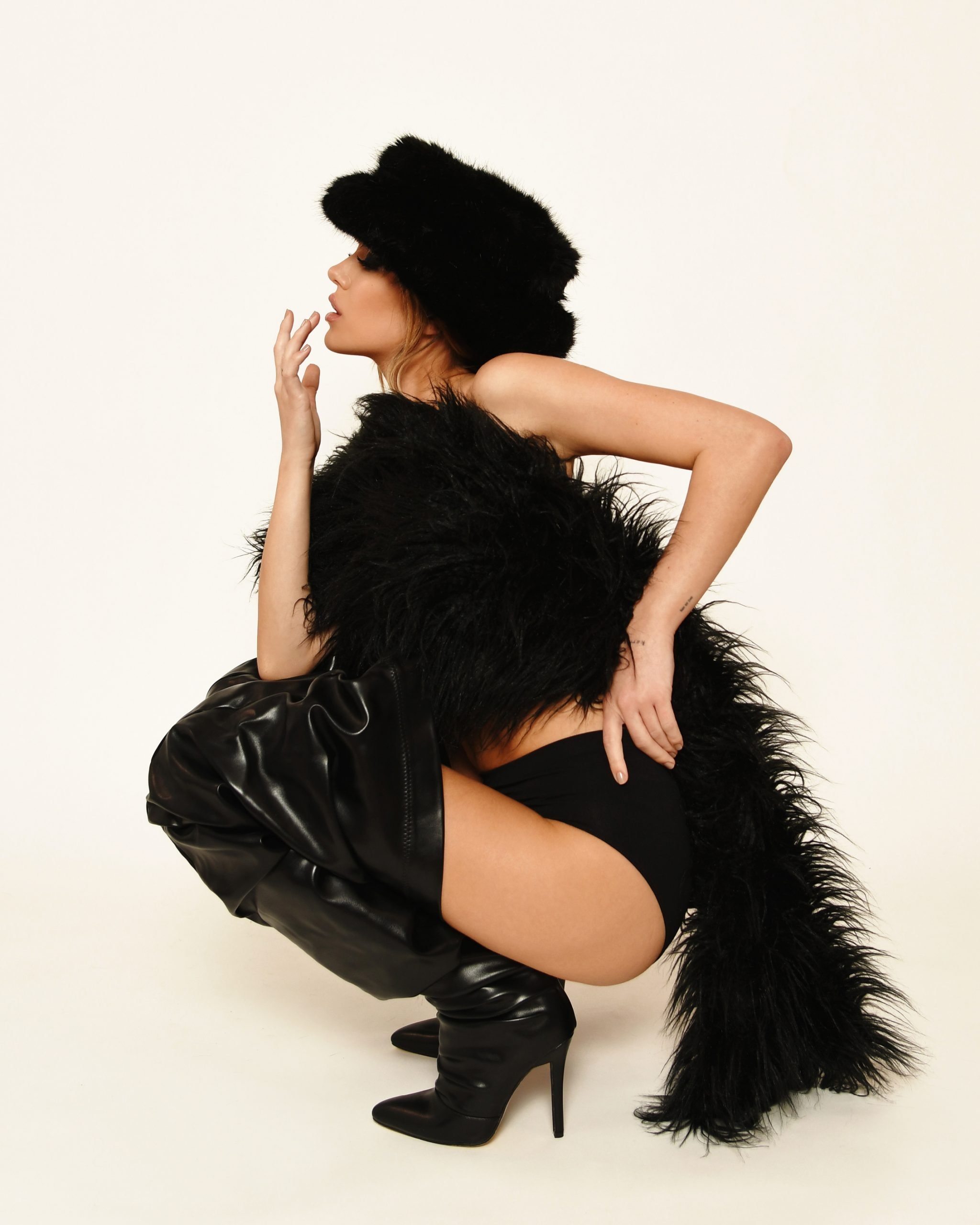 “It’s something I’ve wanted to do for so long. My sister and I, we tried something that I’ve wanted to do on my own for a while. So I’m just really excited for it,” Hamlin says before adding that it was only “about a year and a half ago” that she “became really obsessed with fashion” in the way she is as a new designer. “Obviously I was into fashion as a model and living in New York and going to Paris and fashion weeks and stuff,” she explains to me. “But I really started on my own to look at photographers’ books and put little sticky notes on pages being like, ‘Wow, this is like something I would love to wear or something that I would love to make,’ or saving a bunch of photos on Instagram.”

She describes her saved folders on the social media app as “thousands of different stylists, different pieces, different outfits” she finds inspiring — and the practice has proven to be invaluable in crafting a collection amid the quarantine that reflects her tastes and is both “affordable” and “size-inclusive.”

The “crazy cool pieces” that dance inside her head like visions of sugar-plums come from indie designers like Simonett, Djerf Avenue, and Remain — but “obviously” Chanel is always an influence, as well as Louis Vuitton, which will always be “very chic.” Sounds like the starlet grew up in the school of high fashion, but with a mother as fabulous as Rinna, it’s no surprise.

It’s clear that considering all of her projects, Hamlin doesn’t have much time to be fazed by the A-list life she was born into. At one point, she reveals she isn’t even sure if her mom was on Days of Our Lives or another iconic soap, whispering the title to me with a questioning look for fear the microphone might pick it up. She’s right, though, and we laugh and laugh. “I just know her as, like, the fun mom on Instagram now,” she says of her larger-than-life parent. “The girl that dances. I look at my mom the way you probably look at my mom now.” She also notes her father is into science, which she only recently found out. They’re just her parents, and the family sheds their celebrity at the door.

The Hamlin approach to home life seems to have profoundly shaped how the budding singer-slash-designer approaches hard work. “I just want something to last and be … I guess the word is successful,” she says with sincerity. “I want it to last and then keep growing and growing. And as I grow, the pieces keep growing.”

“I’m just trying. That’s all you can really do. Right?” she asks me at one point in our chat. Simple as it is, it’s wisdom — and for a 22-year-old, Hamlin has a lot of it. Something tells me it’s going to put her on the path to greatness one of these days.