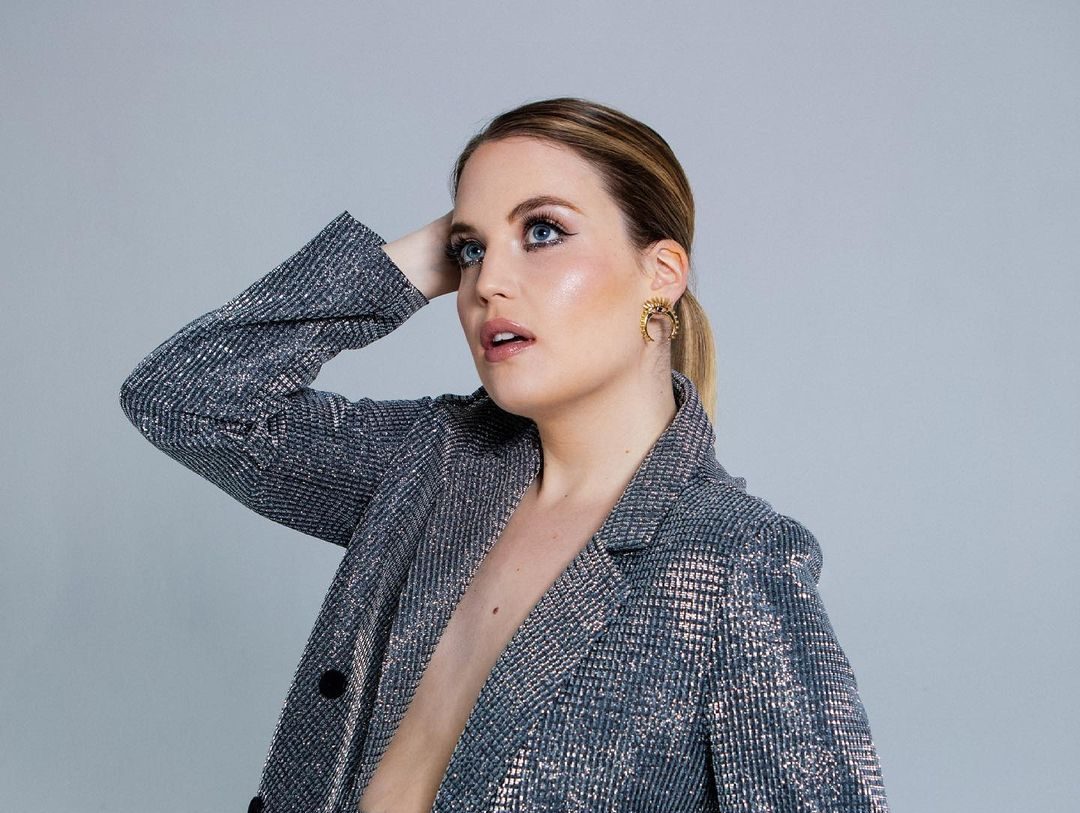 Valerie Broussard knows how to captivate an audience with her powerful vocals and emotionally driven songwriting. You’re going to want to have her on your playlists. Hailing from Philadelphia, Broussard embraced her voice ever since she was a little girl. Today, she boasts nearly over half a billion streams and has gotten her songs featured on shows such as Riverdale, Lucifer, and Grey’s Anatomy, to name a few.

Recently, she dropped a cover of  “Iris” by the Goo Goo Dolls, which is leading to the release of her debut EP Voyager.  EUPHORIA. chatted with Broussard about her beginnings, the new single, and the upcoming EP.

What made you want to pursue music as a career? Was music always around in your household? What’s your first music-related memory that comes to mind?

Music was always in my household but I didn’t end up wanting to pursue it as a career until I was in college. It took me awhile definitely. I think I wanted to be a lawyer and then a politician, but I’m glad I went the other direction! My first music-related memory is actually my uncle teaching me the ’60s song “Runaway” on guitar and he taught me all the words and how to sing it. I still remember how to sing it word for word sitting on the floor of my living room at the time and it’s a very vivid memory. I think it’s because at the time it was so special to learn how to sing this pop song and I was hooked!

You had the opportunity to work with Kygo, Galantis, and, most recently, IIenium. How did these opportunities come about and what was it like collaborating with such big names in the EDM world?

It’s been fantastic! I fell in love with EDM and I was living in London for college. It was the first time I was really exposed to dance music, so getting to work with these big names has been an honor. The first collaboration happened, it was a song I had written down in Nashville with Petey Martin and Erin. I think I thought it was gonna become a country song. Petey ended up changing one or two chords and  when it came back, we sent it to both of our managers and they both said it was a Kygo song for sure. 24 hours later, he was working on it and it was a thing!

Out of all the songs you’ve worked on/written so far, if you could pick just one to introduce yourself to new listeners, which song would you choose and why?

I have a song coming out called “Drive” and that’s the song I think I would choose because it sort of pulls in all the things that I’ve done. I think people that like dance will like it. I think that people who like me on the singer/songwriter side, just my classic stuff will like it. It kind of meets everything in the middle and I’m really excited about that.

You’re rolling out the EP with a cover of “Iris” by the Goo Goo Dolls. What made you want to cover this track?

That is one of my favorite songs of all time! A couple of years ago in 2019 back before the pandemic, I got to sing backgrounds on the Goo Goo Dolls’s most recent record and so getting to work with them is a massive dream come true and I had such a wonderful time. I think they were on my mind heading into the pandemic. I was listening back through their iconic catalog the entire time, feeling really comforted by that music and after singing “Iris” to myself in the shower for six months, I thought “maybe I should cover this.” That’s how it ended up happening.

Describe the process and inspiration behind the “Iris” music video.

One of the things that I love about the original song is the music video and it’s one of the first music videos that I ever remember seeing. Johnny Rzeznik is watching the world below him. He’s in a city, I think it’s New York, and he’s up in this tower and he’s got all these telescopes. He’s just looking down. I think a lot of that was inspired by the line in the song, “And I don’t want the world to see me / ’cause I don’t think they’d understand.” He’s kind of spirited himself away. Voyager, the entire EP all the visuals are space theme. I’ve been thinking a lot about breaking out of the confines of my apartment and even the planet during the pandemic. Just kind of being holed up and trapped that’s not something I do particularly well with as a person. I just want to cast myself out and do something big and expansive. We’re doing all this space stuff and was wondering how I can maybe, sort of pay homage to the original music video, while also doing this space thing. “Iris'”  music video is going to feature me inside a space station looking down on galaxies and planets and stars. I’m really excited about the way it calls back to the old music video and of course making it my own.

You’re working on your debut EP Voyager. Congrats! What has it been like working on it? What has been the biggest lesson you’ve learned while creating it? Which song are you most excited for listeners to hear?

It’s been great working on it! I’m excited to finally have a body of work that’s my own come out. I have not done that before so that’s going to be really great. I think it’s just follow your instincts. When you’re trying to write for yourself … it’s interesting because I write myself and write for other people and I write for TV and film. Sometimes all the wires can get a little bit crossed. Who are you today? I think with this it’s all about knowing your instincts and making sure what you’re writing is true to you, because it’s yours at the end of the day. I’m most excited for people to hear “Drive.” It’s definitely my favorite song on the EP.

Swedish House Mafia — Moth to a Flame (ft. The Weeknd)

Where do you take inspiration from? What artists inspire you?

Sting. I just think that no one is as story-heavy of a songwriter and I think that I definitely always try to have a lot of story to the stuff that I’m writing about. A lot of it for me is autobiographical but one of the things that I love about Sting is he takes you into these really complicated storyscapes that often have nothing to do with his own life. His song “Stolen Car” is about a guy that steals a car and then from the stuff in the car and the sense left behind, the guy who steals the car then tells you a story about a guy who owns the car. When I’m describing it, it sounds like a boring song but somehow Sting makes it amazing and one of my favorites of his! I’ve been thinking a lot about that and how inspiring his stories are.

I know you were diagnosed with dyslexia as a kid. You continue to push for literacy and started a de-facto online book club. What tips would you have for someone who struggles with dyslexia?

Never give up for sure — that’s a big one! In today’s world, it’s a lot different from when I was diagnosed in the ’90s. I think my family was really concerned and of course I was concerned as much as a 6-year-old can be about what my future would look like. I had amazing teachers and great remedials that helped me get to where I am. With today’s technology, it is definitely not as scary of a diagnosis as it once was.  Never give up and never be afraid that you’re going to be limited from doing anything in your life just because of a diagnosis.

What are some goals and dreams for your career? Any dream collaborations?

In the EDM space, I’ve always loved Odesza and Gryffin, so they’re definitely both on the list.  That would be a great collab to be able to do someday.