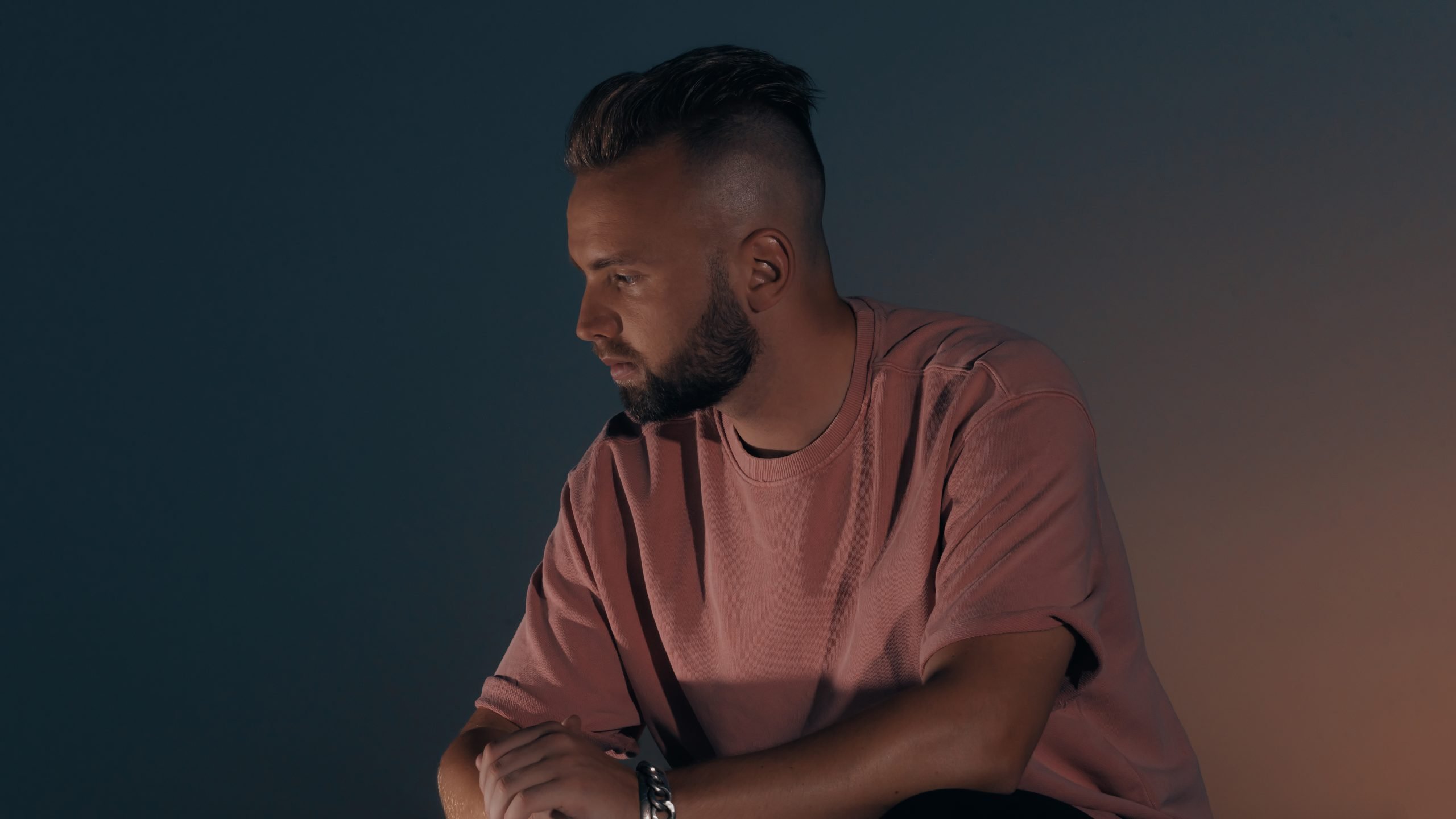 Just last year, Topic was nominated for a Billboard Music Award for “Breaking Me,” which has racked up more than 1.7 billion combined streams worldwide. This year is turning out to be just as productive and successful, as Topic is gearing up for a major summer season. Hot on the heels of his recent smash hit “Your Love (9pm)” with ATB and A7S, Topic teamed up with two-time Grammy nominee Bebe Rexha on new track “Chain My Heart.” With Rexha’s evocative, rapid-fire vocal delivery and Topic’s darkly melodic production, there’s no doubt that this is another intoxicating summer song. In fact, it was reason enough to catch up with the DJ and discuss the track, his collaborations, and what the future holds!

“Chain My Heart” is about how surrendering to love can bring the ultimate freedom. The dark production on the club gives this track a bit of a paradoxical edge – was that on purpose? As if love is the ultimate Stockholm Syndrome.
True! It kind of is. The core of my tracks are dark and melancholic with a dance sound to it. Even if “Chain My Heart” sounds a bit happier at first and is more in the pop direction it was important for me to steer it into an underground-ish sound and have my signature style present throughout.

I love the artwork – are there plans to create an accompanying video for this track?

There is a sick lyric video out in a similar style! Also we are now shooting a music video to it very soon. Really looking forward to it as Bebe had so many brilliant ideas, which have me moving straight out of my comfort zone

I really liked the line “I wanna be trapped in the space of us” in the prechorus, but am wondering what is your favorite part of this song? Is there a specific lyric or melodic element that stands out to you or that you’re most proud of?
My favorite part must be the verse as it’s so powerful from the get-go. Bebe managed to discharge her full energy in those lines. That’s why we decided to break the rules a little and bring in the kicks straight away. Normally you want to build up a song, but with this one we wanted the listener to feel the energy from the first second.

How was the collaborative process on this track, with Bebe Rexha jumping on to deliver a great vocal? How did the song develop over time? Did she send in her cuts at the end, or were you able to go in the studio and create together?
The demo of the track was made in Sweden with A7S, who I’ve been writing my tracks with for the last couple of years. We immediately thought the song would need a female voice and someone who’s got, let’s say, a little “swag” or attitude in her voice as the pre chorus is kinda “rappy.” Bebe actually was the first name, which instantly popped up in our heads. We then sent it over to her via contacts through the label and she instantly started working on it remotely. Hearing her sing it for the first time made it clear for us that the track was really made to have her on it!

You’re somewhat known for mixing melancholy with dance music, why do you think is that a combination that appeals to you so much? Is that also how you’d describe your own music?
I always liked the really sad songs but somehow they made me happy as I was hearing them. I also really liked dance music but in that scene you can’t really make big ballads. When I started producing, I kind of created my own sub genre called “melancholic house music,” combining those two worlds together, where I have found my home in for now.

As someone whose music is meant to be played in clubs and experienced with groups of people coming together as they listen and dance to the tracks you create, how has the past year impacted your music and creativity?
There were a lot of live gigs planned for 2020. Festivals and events I really looked forward to, but that would have meant being on the road for quite a long time. Now I’ve had much more time in the studio to create more music than usual. So yes of course I’ve lost important live gigs like all musicians during the pandemic but luckily as a producer it didn’t hit me as hard as the artists who have to rely on live gigs. It gave me a lot more studio time to develop my sound and work together with other artists.

COVID notwithstanding, you’ve had some great successes in the past year(s), with songs like “Breaking Me,” “Why Do You Lie to Me” and most recently “Your Love (9pm).” What are you most proud of so far?
That’s a difficult one! It’s like choosing a favorite child I guess. Of course “Breaking Me” is a very special one to me as it brought me a global breakthrough, which I’m very thankful for. It will most definitely always be on top of my list of songs I’m most proud of.  But also “Your Love (9pm)” as I was the one who was allowed to participate and make a completely new track out of a ’90s mega hit. That was like bringing childhood memories into a new era. And then with people connecting to it now is just awesome!

I notice that you also like to collaborate with people you’ve previously worked with, is that on purpose or does it just happen organically?
Yes I do! I guess it does happen organically as my aim is to hold on to people with whom the chemistry is right.

Who is someone you haven’t worked with but would love to create music with together?
Very hard to pick one but Jon Bellion is one who is on top of the list!