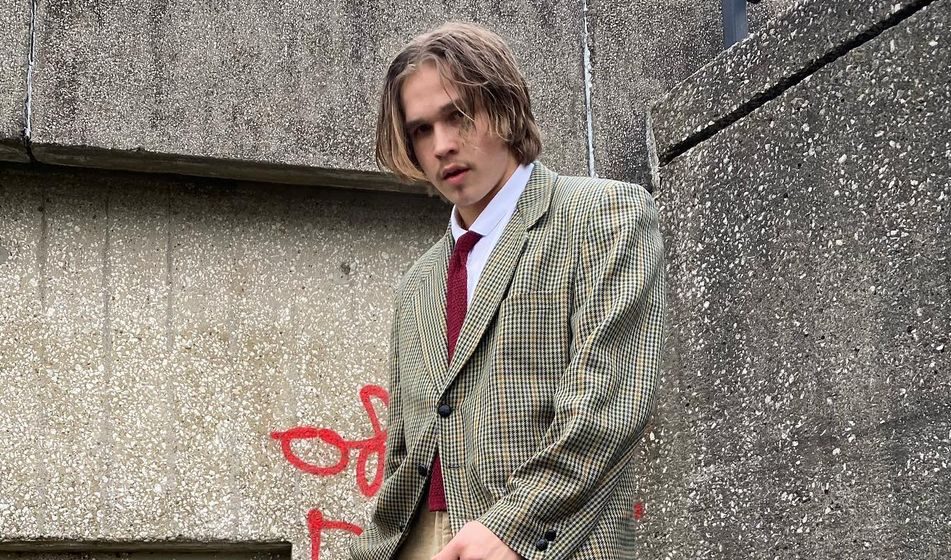 From Scandinavia to London to LA, Oliver Malcolm is a culturally diverse 21-year-old artist with an equally diverse musical background. He started out making beats in his teens under the moniker Bigg Kidd and became engrossed in the beat battles that would pop up around the West Coast. Over time, this led to opportunities for him to work with the likes of Jay Rock, Joey Bada$$, and even the late and iconic MF Doom.

But like Kanye West, Malcolm had an epiphany while sitting behind the mixing desk. Working with seasoned hip-hop professionals in his teens made him realize that the mysticism of greatness that can often be painted on prolific artists didn’t really exist — they would write, rehearse, and cut tracks in the studio much like anyone else would.

Malcolm decided that he could step up to the mic and he’s since found his way as a solo artist. His music is a punkish score for his sleepless and erratic generation and his latest EP Are You Living in the Real World? was released on May 20.

We caught up with Malcolm to talk about music, gossip, and positive vibrations.

You moved from London to LA when you were 16. Did you have a clear picture of who you wanted to be in music at that early stage in your life?

I didn’t have an idea of any place in music, other than I just knew that I loved creating music and it made me feel good.

What would the energy be like at the beat battles you’d go to as Bigg Kidd in LA?

It was a congregation of musicians, which I always think is awesome. It was nervous energy, which transpired into something electric.

Can you tell us about your breakthrough beat making moment with Jay Rock?

You made an Instagram post when MF Doom’s passing was sadly announced last year. What was the experience you had working with him like? Do you now cherish it even more?

I wasn’t with him in the studio so I didn’t have an in-person experience, but just hearing his voice on one of my tracks is still to this day my greatest accomplishment and I’m pretty sure it will always be.

When was the turning point that you realized you wanted to do more than make beats for other artists? I suppose there’s parallels between Kanye West’s first experiences as a producer and yours too, right?

When I felt like channeling someone else’s vision wasn’t going to be the only sufficient way for me to express myself.

Do you think artists today have a stronger DIY mentality around writing and producing their own music?

No, people have done that for years. There’s just so much more access to the creative process that it feels more common, but really people just see more of it.

As well as crafting a sonic identity, is it also important for you to create a visual identity/persona as an artist?

It all goes hand in hand, but I always say the music comes first before anything.

You were quoted in Clash Magazine earlier this year saying: “When I write songs, I feel like I’ve etched part of my DNA into the universe.” Which parts of your DNA do you expose in this EP? And how much DNA can you continue to offer the universe over your career as an artist?

Every part of me. Each song is so different in that it takes you through all of the experiences and feelings I’ve had throughout life thus far. By sharing these different parts of myself, I think people can relate to my music. As long as the world turns, music will be made.

Do you have a favorite line/lyric on the EP?

“Tell me the last time I gave a fuck.”

How well do you think these songs will go down when you finally get the chance to play them live?

Colossal. Imagine a tidal wave coming in and swooping up everything in its sight — but instead of water it’s love and positive vibrations.

I’ve heard there’s a debut LP in the works. Can you share any more gossip on that yet?

Gossip is for gossip magazines.

Finally, what’s the plan for the rest of the day?