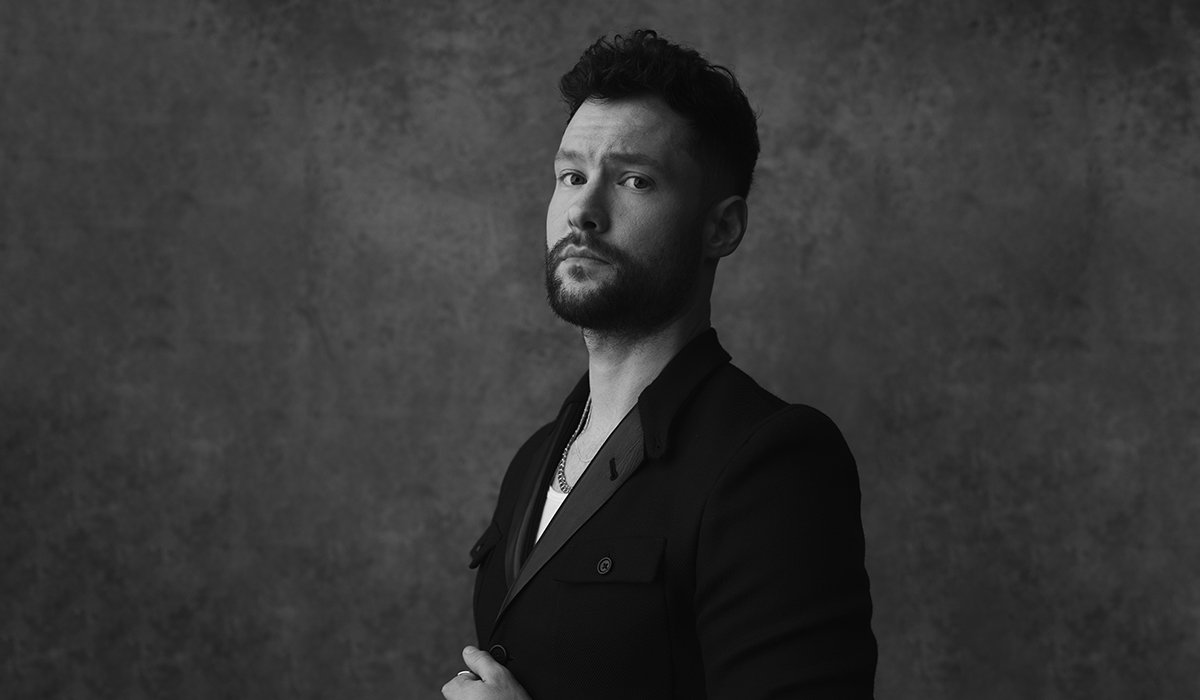 Six years after his life-changing Britain’s Got Talent audition and three years after releasing his debut album, Only Human, Calum Scott is back and ready to kick off a new era.

While some may believe three years is a long time to keep fans waiting for another album, Scott admits that the global coronavirus pandemic left him feeling a little “demotivated” during the creative process. His new single, “Biblical,” came at a time when he had lost the inspiration to complete the album last year but ended up being the song he had been waiting for. “I was being quite destructive with my mental health. ‘Biblical’ was something that came to me from my producer. My producer had this idea that he had started working on with a couple of other writers. I had been in touch with my producer and he knew what I was going through and stuff. He was like, ‘listen, I’ve got this idea that I think would be perfect for you,'” he explains.

A single about immeasurable love, Scott describes “Biblical” as a “save me song” as it instantly spoke to him among hearing it for the first time. Born during lockdown, “Biblical” was always going to serve as the lead for his second LP as it gave him the same “magic feeling” he felt when hearing his cover of Robyn’s iconic “Dancing On My Own.”

“For something that has come from such a dark time, it’s become the light from such a tragic circumstance. Hopefully, it becomes that beacon for someone as well,” Scott shares, adding, “I would personally say that this song demonstrated the most growth of me as an artist and vocalist.”

The music video, which features the Yorkshire-born singer perform some challenging scenes underwater, was an amazing experience for the 32-year-old. Filmed at the same location in Essex where the underwater Harry Potter scenes were shot, Scott reminisces over everyone’s energy on the day. “You could feel the excitement onset in the location we were filming in because we’re doing something we love and everyone was so dedicated to making this visual live up to the same standard as the song,” he says.

“Biblical” is a small taste for what’s to come. Scott has plans to release his sophomore album later this year and brands the record as “classic Calum Scott.” After promoting his debut, he realized what his “superpower” is after noticing what songs listeners resonated with the most. Along with breaking people’s hearts with his ballads, fans can expect some tempo, more playful songs while staying emotional and personal.

Scott’s debut, Only Human, took him around the world and helped him build a loyal fanbase in numerous territories. Despite the huge success, Scott tried to go into the second album as naive as possible as he didn’t want to put too much pressure on himself. Even though there were moments of anxiety and stress, his main goal was to make the best songs he could and to try to reach as many people as possible. “This album depicts who I am now. I’ve never been more Calum Scott than I have today. That’s the man, the gay man, the songwriter, the artist, the brother, the son, the friend. I’ve never been more confident than who I am as a person and as I am as an artist, so this album reflects that for sure,” Scott confidently expresses.

In honor of Pride Month, Scott reflects on his favorite Pride memory at Montréal Pride in 2018. He remembers driving from New York City to the location as all flights were canceled due to a storm. When he arrived at the event, Scott recalls being nervous to perform as he was questioning whether his ballads would go down well during his set. Much to his surprise, he was proven wrong as he received a beautiful reception from the crowd. Looking out, Scott saw fans connecting to the lyrics and ended up getting emotional with everyone.

As for his Pride anthem, he immediately goes for the original version of his debut single. “It goes without saying that Robyn’s ‘Dancing On My Own’ is the staple. I owe so much to Robyn, I owe so much to that song. The original makes you wanna get up and dance. It’s such a beautiful song, it’s so relatable and such a beautiful song,” Scott points out.

“There are so many incredible LGBTQ+ icons at the moment. Fletcher, for example, who I recently got to work with in LA. She’s unapologetically herself and in the way that she presents herself and what she stands for. It’s important that we can carry on being visible for the people that need to see seen, heard, and represented.”

Scott is a proud gay man and has nothing but passion and appreciation for his community. “As always, they have my unwavering love. I’m very proud to come from the LGBTQ+ community. I am here as a beacon for people that need it. In my music, I try to be honest and vulnerable,” he says, adding, “There is so much I wanna say and do for Pride in the upcoming times. Pride means a lot.”

Right before the pandemic, Scott was overseas in Indonesia singing to a crowd of 20,000. “I’ve been so lucky to travel around the world, performing in all these countries to all these crowds,” he explains. Like most musicians, Scott’s main goal is to go on the road again as he is “itching to perform the songs live.” Fans better save up their coins because as soon as he can leave the country, he’s going on tour.