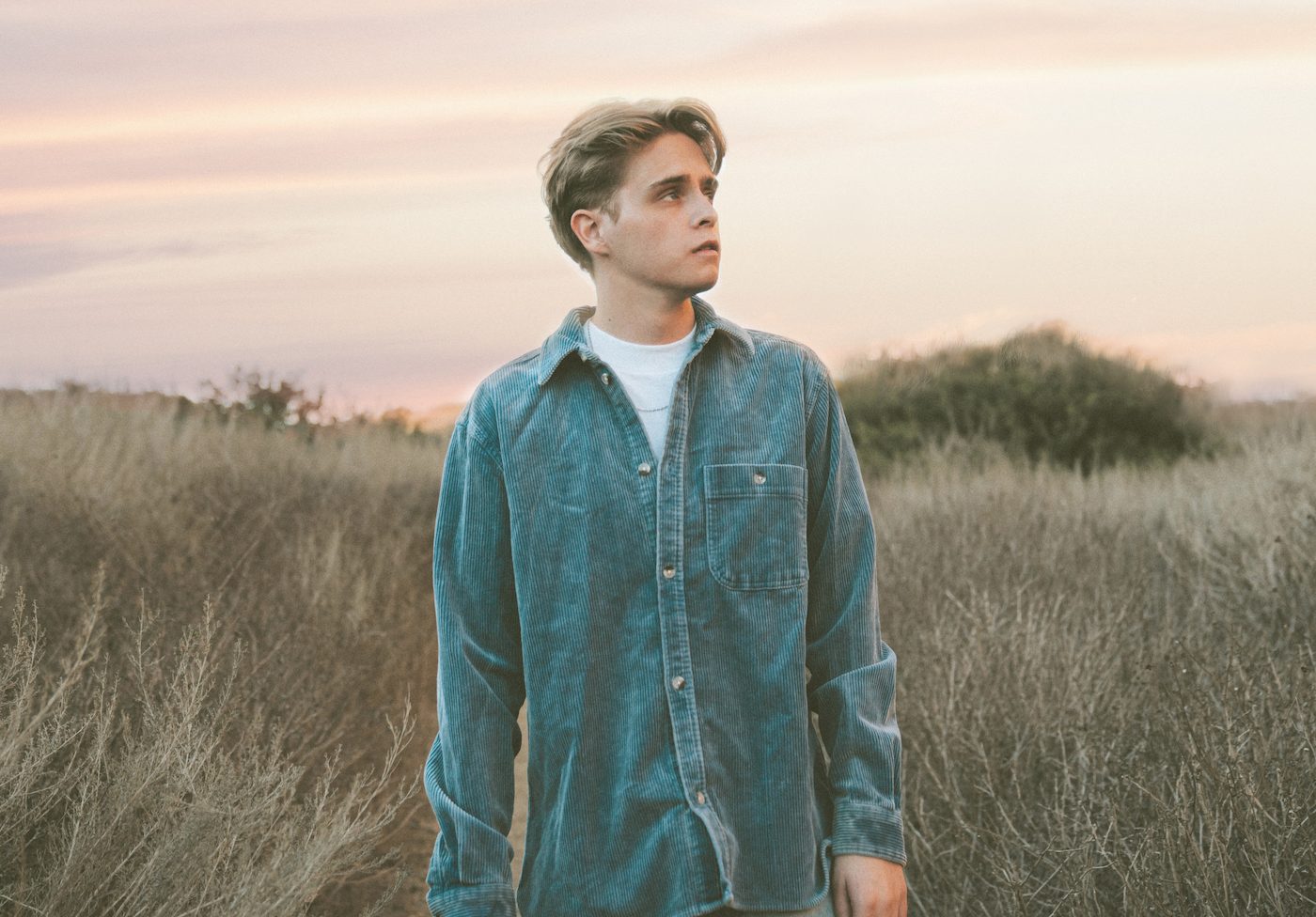 For an emotionally driven track like Devin Kennedy’s “Hurt U,” the tender, affectionate sound paired with lyrics dripping in romanticism are often the primary drivers of closeness; this song is no different, but its intimacy is now elevated with a full band and live, at-home performance.

“Hurt U (Live),” the latest addition to Kennedy’s collection of the serenade’s released versions, premieres today on EUPHORIA. — roughly nine months after the original song’s completion.

Though “Hurt U,” Kennedy explained, was completed on the same day he sat down in the studio with co-writers Whakaio Taahi and David Hodges to piece it together. It’s a quick turnaround for a song so grounded in emotional connection, but Kennedy walked into the studio in August ready to dive head first into a poignant narrative with the help of his recent singer/songwriter music listening habits and Hodges’ striking storytelling.

The song is reminiscent of a feeling that resembles being so in love that it, at least metaphorically, hurts; the lyrics present somewhat of a plea to keep that romance intact, while also giving a nod to the challenge of overcoming trust issues to do just that. “Know how much it took to let me in / Know commitment can be hit or miss / Never want to need a second chance / No, I never do, for you, I’ll be bulletproof,” Kennedy sings.

And the track’s bleeding heart is entirely the point; Kennedy wanted to break through his traditional pop sound to unearth something more “conceptual,” and “Hurt U” provides.

But the live version brings the song to new, energetic heights that the original track didn’t, and that’s precisely what makes it a unique addition to Kennedy’s discography. It feels like the best of both worlds — the vigor of Kennedy’s more familiar sound with the live band in tandem with the sweet message that makes “Hurt U” a great love song in the first place.

“I love the original song. I think the final version that was released was the best version for Spotify, for whatever,” Kennedy says. “But this was something I wanted to do, not only because I have a great band that I love to play with, but also I just think this song needed a version that got a chance to go crazy in the end of the song with some big guitars and an actual big moment.”

To achieve that, Kennedy and the band, who created the live arrangement of “Hurt U” together, give it a slow burn. Nearly the first two minutes of the track and visual feel essentially similar to the first version that listeners have become acquainted with; when the vivacity steps in, though, it takes over, and the once-soft pop tune embodies the power of a song you can’t help but dance to on a drive.

For Kennedy, an artist who once played in pop punk bands, the new arrangement of “Hurt U” is somewhat of a call back, adding some newfound stamina of sorts to the song’s typically gentle demeanor.

“Whenever I get to relive that feel in a live version, [when] we can go crazy for even half a song and have distorted guitars and full-on drums, that’s super fun,” Kennedy said.

The visual for “Hurt U (Live)” mirrors Kennedy’s enthusiasm for a live arrangement with camerawork that makes the space feel larger than life. Though the initial intention was to end the video on the rooftop — an idea Kennedy jokes would practically require a stunt double — finding a way to utilize the indoors somehow made the visual feel expansive.

In reality? The entire video takes place in just two rooms, a hallway and a staircase throughout the song’s three-minute duration. Unsurprisingly, creating an immersive video with relatively little room was a game of logistics for Kennedy and his team.

“We just kind of figured out what would be best, set up the band in the living room area, and it was kind of just strategizing with the videographer,” Kennedy says. “What’s the pace? Where do I need to be at each section of the song?…  It looks way bigger than it actually is. I love it.”

While the release of “Hurt U (Live)” doesn’t necessarily mean that every song will receive the same treatment, this reimagination of an already strong pop track is a sound reflection of Kennedy’s present moment as an artist.

“I have a wide range of songs for my project and what always ends up coming out is what feels the most real to me at that time,” Kennedy says. “I’m pretty much always going to choose what I’m gravitating towards the most at any given moment over what’s catchy. I have a lot of catchy songs, a bunch of cool stuff sitting in the Dropbox folder, but whatever feels like the most relevant to me at the time usually tends to come out.”

And, though nothing is set in stone — let this spontaneous live performance serve as proof — there’s hope that the summer could bring with it a full-length Kennedy project, providing an even wider glimpse of who he is in his current era as a musician. “Hurt U (Live)” is just the latest, effortlessly engaging iteration.