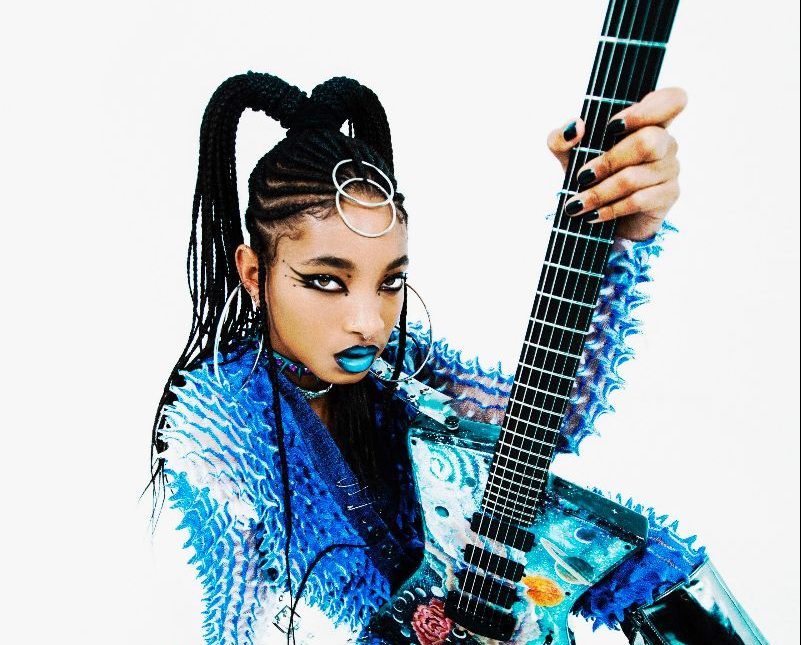 Willow has grabbed your preconceived notions of who she was and shattered them. Most notable for her deeply conscious and eye-opening songwriting along with fiercely passionate vocals, as seen in her indie/folk TikTok smash-hits “Wait a Minute!” and “Time Machine.” Willow has not simply dipped her toes into the world of punk-pop, but dived in head-first, with what is sure to be her newest hit “t r a n s p a r e n t s o u l,” made with the help of Blink-182 drummer Travis Barker.

Like her previous tracks, “t r a n s p a r e n t s o u l” features lyrics that show a mature state of consciousness — the entire concept of the song touches on the idea of “fake friends” and how superficial friendships in the entertainment industry can be. It’s self-aware, angry, and almost vengeful with a killer drum beat and heavy electric guitar.

She even contemplated her own place in the situation, singing in the second chorus: “Yeah, they’re treating me like royalty, but is it kissin’ ass?”

The visual accompaniment to “t r a n s p a r e n t s o u l” was released as a performance visualizer, teasing the viewer with the glimmer of hope for the return of live shows. Willow, in all of her punk-pop glory, is transformed — heavily stylized in grunge and futuristic motifs against the plethora of larger-than-life camera angles. She even sports something of a relic as her musical instrument — a custom guitar from rock legend St. Vincent, hand painted by musical artists Yvette Young in collaboration with Ernie Ball Music Man guitars.

Within the visualizer, Willow exhibits the sort of unabashed freedom that is reminiscent of her mother, Jada Pinkett Smith, who once strutted across a stage of her own as she fronted her own band, Wicked Wisdom. Once post-vaccinated life begins, this listener can’t wait to stand in the front row, amidst thousands of other sweaty, enlightened apostles, ready to receive the soul-opening that flows from deep within every note Willow sings.