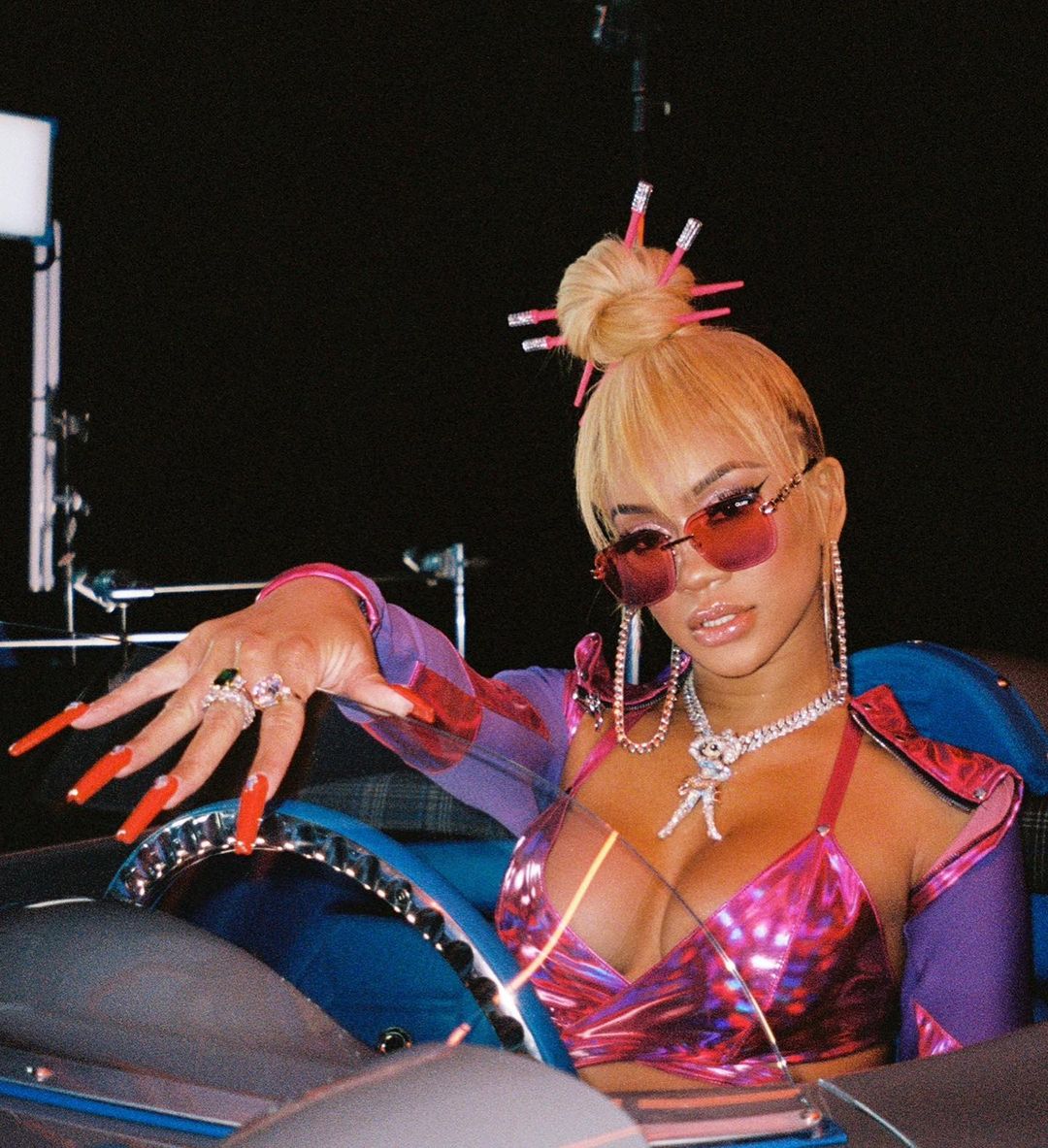 It’s game time for Saweetie, and she’s ready to take out all her competition. On May 7, the rapper released her new single “Fast (Motion),” produced by The Monarch, along with a sports-themed, video-game-style visual. The three-minute music video takes viewers through a series of sporting events where Saweetie dominates, including a soccer match, a football game, and a massive one-on-one hoop session with WNBA star A’ja Wilson. The clip also features the Bay Area native skydiving, running track, race car driving, and cheerleading. Meanwhile, a handful of Black-owned businesses, such as Mielle Organics and MATTE Brand, are promoted in the background.

“Fast (Motion)” will appear on Saweetie’s album, Pretty Bitch Music, which is due on June 25 via Warner Records. In an interview with Rolling Stone, the rapper opened up about the project’s title, saying, “I remember I was like, ‘How do I put a title over all of these feelings that I’m feeling throughout my album?’ And I was like, ‘Well, I make people feel like bad bitches, like pretty girls, so why don’t I call it Pretty Bitch Music?’”

She continued, adding that the LP is meant to inspire fans. “I was like, ‘That’s just kind of out there, you know? Putting ‘bitch’ on something?’ But I was like, ‘If I make it stand for something, it’ll make sense.’ So that’s why I say ‘bitch’ stands for boss, independent, tough, CEO — I want my fans to know that it’s empowering.”