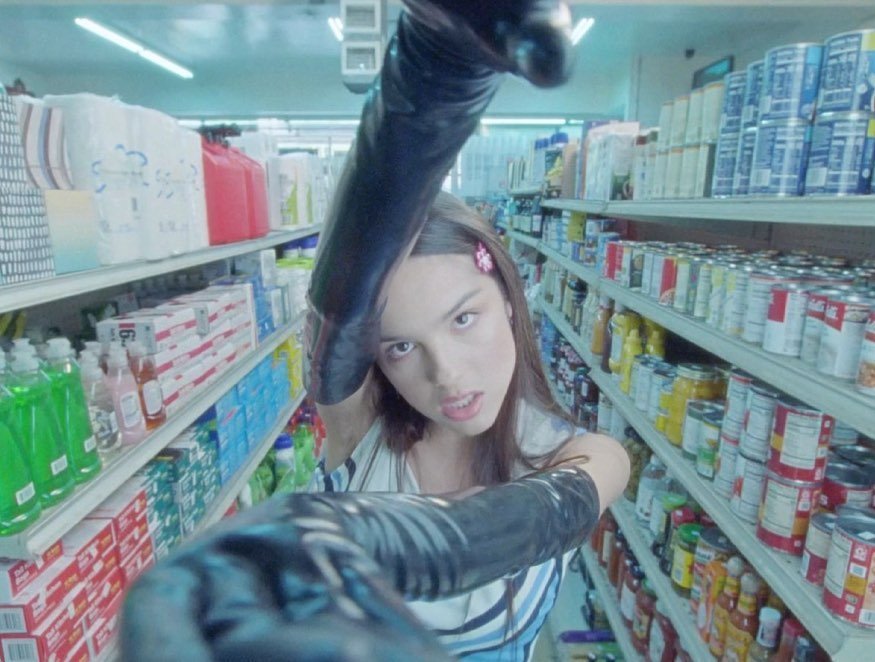 Seriously, is there anything Olivia Rodrigo can’t do? Music’s latest craze delivers edgy, pop-punk ferocity with “good 4 u,” the third single off her forthcoming album Sour due May 2021. Though millions worldwide were enchanted by the delicate, airy essence of the 3x platinum hit “drivers license,” Rodrigo makes it clear that she’s hardly a gentle radio sweetheart. This 18-year-old is boasting a major dark side, and it’s everything we could’ve wished for (and more) out of an alt-pop fantasy.

“good 4 u” is a continuation of the singer’s lovestruck tales from a remarkably maddening, ruthless perspective. The song offers a grit reflecting that of early Paramore with an Avril Lavigne-level intensity. Gone are the days of traditional summertime records; music is taking a hard turn into alternative territory — and it’s making for some significant genre-bending noise. Just when the world thought Olivia Rodrigo was the picture-perfect soft pop angel, “good 4 u” erupted with grunge-like flair and sheer wickedness.

While other charting artists take years to evolve eras, the rising starlet has provided a new identity with every fresh release. Her seemingly infinite personas are impressively vast, but there’s a method to her madness making everyone she sonically touches fall in love. The self-proclaimed “spicy Pisces” is just that: full of spice with an infectious zest for creating stellar music.

The track’s premiere comes alongside a 3-minute visual directed by 2021’s it girl of directors, Petra Collins. Channeling the infamous 2009 cult classic Jennifer’s Body, the songstress proves she’s the second coming of the boy-eating monster made famous by Megan Fox — complete with bewitching demonic eyes. Perhaps it’s Rodrigo’s notorious acting skills that makes her on-camera vengeance so believable, but her lyrics tell us there’s a weighty truth behind her vindictive character.

In an era of Y2K revival, the singer’s nostalgic track and vintage visuals have solidified her stance as an icon of Gen Z royalty. Rodrigo is the unexpected dynamic firecracker music has been waiting for — her next move is a total mystery, and it’s just the mysterious excitement needed to build global hype around Sour. If “drivers license” is sadness, “déjà vu” is jealousy, and “good 4 u” is anger, what’s remaining for the debut record? An anthem of acceptance? Maybe revenge? At the very least, we’re assured a whirlwind of romantic successes and failures turned into pure musical gold.