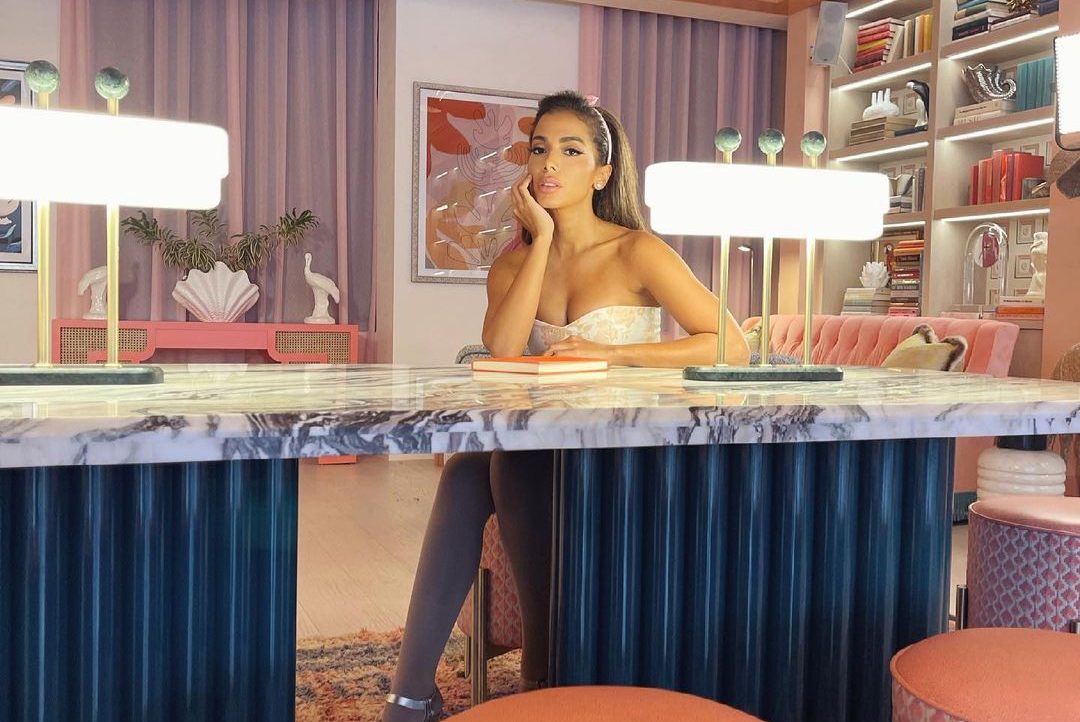 It takes guts to sample one of the world’s most famous songs. It takes even more guts if you’re from the country where this song was created and the city that inspired the song. To dare to touch something so generation- and country-defining is a risk to say the least.

The good thing is, Anitta loves taking risks. The Brazilian pop star has risk-taking as a motto. Only someone with this spirit would be able to go from growing up in Rio de Janeiro’s favelas to being safely considered her country’s biggest artist and to collaborating with Madonna, J Balvin, Cardi B, Maluma, Major Lazer, Rita Ora, and others. Anitta is not the “Girl From Ipanema,” she’s the “Girl From Rio,” and her latest single makes sure everybody knows that.

Sampling the bossa nova classic, Anitta finds a way to show that the Rio that inspired Tom Jobim in the ‘60s is simultaneously the same one that raised her and a totally different city.

“Hot girls where I’m from / We don’t look like models / Tan lines, big curves / And the energy glows / You’ll be falling in love / With the girl from Rio (yeah yeah yeah)”

Anitta starts the song abolishing the beauty standards that have, for so long, been held against all Brazilian — and especially carioca — women. The “tall and tanned and young and lovely” woman Tom Jobim sang about makes way to the “hot girls” who “don’t look like models” and flaunt “tan lines” and  “big curves.” There’s power and confidence in the latter, whereas the former was delicate almost to the point of breaking.

The “Girl From Rio” music video basks in the contrast between the romanticized, warm, glamorous Rio and the Rio de Janeiro that exists today. Gone are the prim and proper bathing suits and hairstyles, the pastel colors, the dreamy landscapes — enter the community pool Piscinão de Ramos and its less than crystalline water, a metallic and revealing swimsuit, people in every color and size, wet and sloppy makeout sessions. It’s a delicious, contagious mess, and it’s the reality of so many Brazilians and cariocas.

Honório Gurgel, the neighborhood and community that raised Anitta and of which she’s so proud, is honored in “Girl From Rio,” and this is where “Girl From Rio” goes from enjoyable to absolutely brilliant. As an artist who is banking on an international career, Anitta could make zero effort to try and reference places people don’t know about and flaunt the less-than-glamourous life that goes on in Rio and Brazil’s favelas. But the truth is, Anitta wears her past proudly, and she wouldn’t be Anitta if she didn’t try to break paradigms every step of the way.

Ultimately, what Anitta does in “Girl From Rio” is spin a classic, romantic, and globally known song on its head and use it to her advantage: the Rio in “Girl From Ipanema” is OK, but the Rio in “Girl From Rio” is the real Rio de Janeiro. There are many more Anittas than girls from Ipanema. The “streets have raised” Anitta and here she is, singing in English, having her song played on American radios and singing on internationally famous stages, while showing the world exactly where she came from and who she is. Anitta shows those who look up today that no matter where she goes and who gets to listen to her music, she’ll never forget the people and places that made that possible.

If Helô Pinheiro, Jobim’s muse, was the “Girl From Ipanema,” Anitta takes it one step further and claims the whole city as her own. She’s the “Girl From Rio” and the girl from Brazil, who’s always one song closer to world domination.