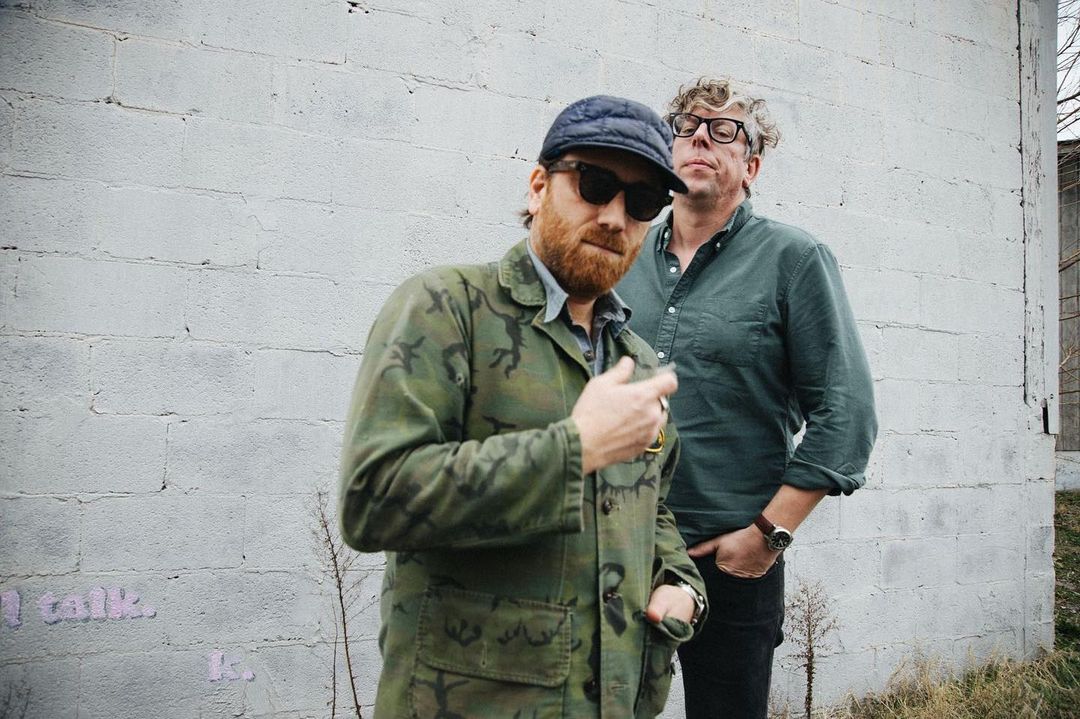 Coming off their Let’s Rock tour over a year ago, The Black Keys’ Dan Auerbach and Patrick Carney returned to their roots. While they’re often categorized under the “rock band” umbrella term, the blues has always served as the bedrock of their sound. So in December 2019, they gathered at Auerbach’s Easy Eye Sound studio in Nashville to record a cover album that honors the Mississippi hill country blues artists — namely the late virtuosos R. L. Burnside and Junior Kimbrough — who set them on their musical journey. During the session, Auerbach and Carney were joined by guitarist Kenny Brown and bassist Eric Deaton, who played with Burnside and Kimbrough. Together, they strummed and drummed into existence The Black Keys’ 10th studio album, Delta Kream, which officially dropped on Friday via Nonesuch Records.

The conclave didn’t take long, according to Carney, who revealed that the entire recording took about 10 hours over the course of two afternoons. Auerbach attributes the album’s efficient production to the group’s instinctual consonance. “It was a very inspiring session with Pat and me along with Kenny Brown and Eric Deaton in a circle, playing these songs,” he said in a statement on the band’s website. “It felt so natural.”

And it shows. From the opening drums to the closing chords, Delta Kream’s authenticity is palpable. Auerbach’s studied vocals on tracks such as “Going Down South,” “Coal Black Mattie,” “Sad Days Lonely Nights,” and “Come On and Go With Me” feel like direct corollaries of his blues muses. Meanwhile, the instrumentals, including a stirring slide guitar, beautifully capture the spirit of the original songs. The sound is textured and rugged enough to preserve the tunes’ historical ethos but polished enough to give them a modern magnetism.

Some moments don’t quite stack up against their creative influence. The band’s rendition of “Louise” doesn’t course through an oscillating tempo in the same way as Mississippi Fred McDowell’s version, which almost dampens the strength of the LP’s opening numbers. But the group quickly picks everything back up with “Poor Boy a Long Way From Home,” boasting a guitar that takes on a warped, soulful voice of its own.

The instrumental presence throughout the album is undeniable and a testament to the synergy among Auerbach, Carney, Brown, Deaton, and auxiliary percussionist Sam Bacco. It feels like you’re right there in the studio with them, absorbed in their ambience. They set that tone early on with the first track, “Crawling Kingsnake,” which seems to end too early until you look at the duration. But leave it to The Black Keys to make a six-minute song feel way too short (looking at you, “Weight of Love”).

Delta Kream is a warm, comforting ode to blues greats, and The Black Keys aren’t trying to make it anything other than that. They know that the original songs can’t be duplicated in their essence, but they can be honored — and they are. From the production to the album cover, which features William Eggleston’s iconic Mississippi photograph that inspired the LP’s title, Delta Kream accomplishes what The Black Keys set out to do: create a collection of heartfelt covers that are emblematic of their musical radix. And what makes it even more special is that they’re working with the organization VisitMississippi to sponsor new individual markers for Burnside and Kimbrough on the Mississippi Blues Trail, which documents the history of illustrious blues artists.

As the granddaughter of a Mississippi native, I grew up listening to the blues. Whenever I visited my grandfather or hopped in his Cadillac for a cruise around our California town, where he eventually settled down, I could always count on him to play a bevy of bluegrass tracks that were vital in capturing history and developing the rock genre. So when I listen to Delta Kream, I hear the message loud and clear: You can’t love and appreciate The Black Keys without loving and appreciating Burnside, Kimbrough, Ranie Burnette, and the scores of other blues pioneers who came before them.