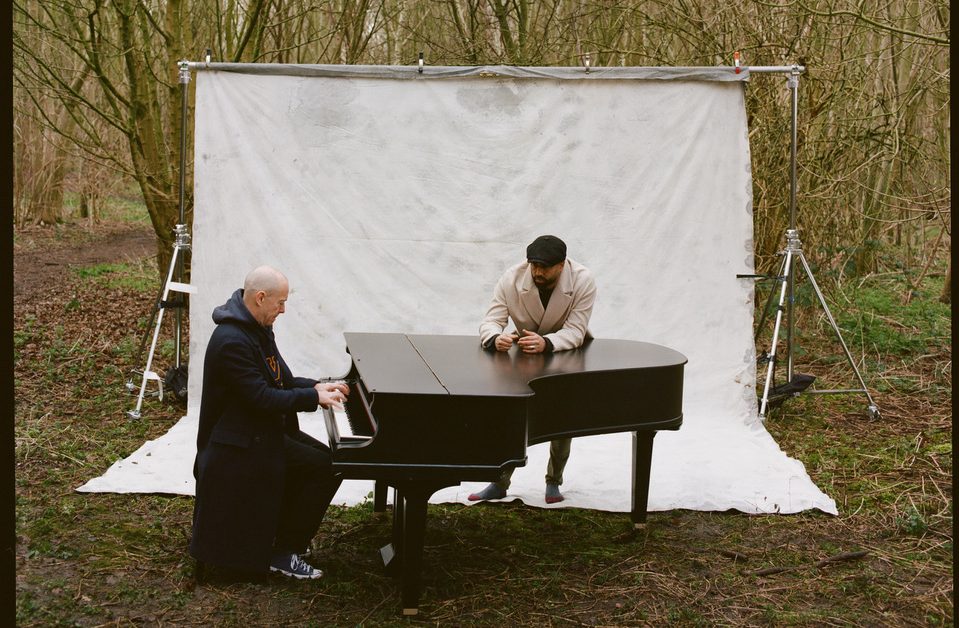 Introducing: Who We Are

Who We Are is a brand new British project comprised of Tommy Jules and Simon Bass. The pair have extensive experience in the music industry behind their backs: Jules built a reputation for himself as Rudimental’s live vocalist and Professor Green’s official DJ while Bass is arguably one of the most sought-after composers in the industry having crafted sounds for the likes of Madonna, David Guetta, and Sigur Ros.

Who We Are creatively blurs the lines between music film and dance. They released their debut self-titled short film in March this year, directed by Academy Film’s Novemba. It features two as yet unreleased original compositions “Book at Bedtime” and “Daydream” and tackles themes of parenthood, inspired by the pair’s own personal experiences with fatherhood.

We chatted with Who We Are to find out more about the project and what we can expect from them in the near future.

Good to meet you too! 2021 has been a strange one so far, lots of highs and lots of lows. It’s been so tough on us all emotionally but we have been able to write and record so that’s kept us sane — more or less. Our film launched six weeks ago and the reaction has been amazing. It’s so important to us and we’re really happy with that.

You each have rich pop histories behind your backs. Did you first cross paths with one another while working on your own projects?

We met at Simon’s studios in Soho, London, in 2018. We were working on a charity campaign with Maverick Sabre and an amazing group of singers and rappers. Everyone came from different parts of the music industry; it was so diverse and really cool.

Why did you decide to come together to create Who We Are?

We hit it off and as we came from such different musical backgrounds. We thought it would be cool to see what happened if we put our two styles together – what would an R&B voice sound like with cinematic music?

What’s the ethos behind Who We Are?

When we decided to work together, we didn’t want to write pop songs or write for write anyone else. Time to be Who We Are! We wanted to write about our real lives and be totally honest about how we felt. As men, it’s hard to be honest about how you feel and we wanted to tell the truth.

Your debut self-titled short film was recently released and features two original tracks “Book at Bedtime” and “Daydream.” How did you conceptualize striking a balance with film, music, and dance to explore the theme of parenthood in the film?

We were very clear that we wanted to make this film in a completely collaborative way — and we thought that would naturally give us the balance. We wanted to work with directors and choreographers on a level where we all had equal input. Simon had composed the music for one of Novemba’s films and they were our first choice. He’d also worked with the choreographer Merce Cunningham in NYC and met the great dancer Jeannie Steele through him. It was a dream team and whilst the production was tough, it was something we’ll never forget.

Were your own experiences of fatherhood fundamental in bringing the idea for the film together?

Oh yes! We’re both full-on fathers and we write a lot about the reality of having children. We wanted to tell real stories about the good stuff and the bad stuff. In our experience it brings out the best and worst in us. We repeat patterns that we learned from our parents and haven’t healed. It’s interesting and very moving to write about it and that’s what we wanted to bring together in a film. We love being fathers but wanted to tell the story with honesty.

Do you think the message of love and hope that evokes from the film plays an even more pertinent role given the challenges that parents have faced with lockdown over the last year?

We have all been in the emotional pressure cooker this year. Human nature means that in the cooker, the highs are higher and the lows are lower. We need even more kindness and forgiveness to make it through with each other. So, we wanted the film to tell the story that even in the darkest places, with love, there is always a way out.

Can you give us an insight into any more of your upcoming music that’s yet to be unveiled?

Collaboration is a big part of Who We Are. We’re really lucky to have worked with some amazing artists who are now our friends, not just from music but from film, theater and dance too. We tend to think of projects in terms of working with the people we love.

We will be announcing some artist collaborations shortly but we also love collaborations you wouldn’t normally expect. We wrote a song with Maverick Sabre for the NHS Choir two years ago and we will be performing some Who We Are and Rudimental songs with the youth choir Inner Voices later this year.

What’s in store for the rest of the year?

We’ll be releasing “Daydream” in the next few months and we’re so looking forward to that. Then three or four more singles before the EP later this year. We’ve just filmed some more live one-shot videos at the Covent Garden Social Club and they’ll be coming out soon. Tommy will be doing some DJ Sets on Twitch and watch out for Simon’s live piano meditations!

But most of all we’re looking forward to playing live again.

Are you optimistic of the opportunities that may arise from the post-COVID creative landscape we’re set to embark on later this year?

I’ve heard that at the moment, the biggest impact in the arts is that festivals and large gigs can’t get insurance and so can’t go ahead. It’s bizarre that insurance should be dictating the creative landscape and just shows how interconnected our worlds are in reality.

But creative people and audiences are very, very resourceful. As humans we are so thirsty for communication that we will always find a way through. In my experience, the more difficult it is to find art, the cooler and more unexpected it becomes. Existing structures always favor the established artists and companies so the new world will favor new creative voices and new communities. New technology will develop naturally and we will see much more, democratic art and it will all be online and digital — it’s exciting.