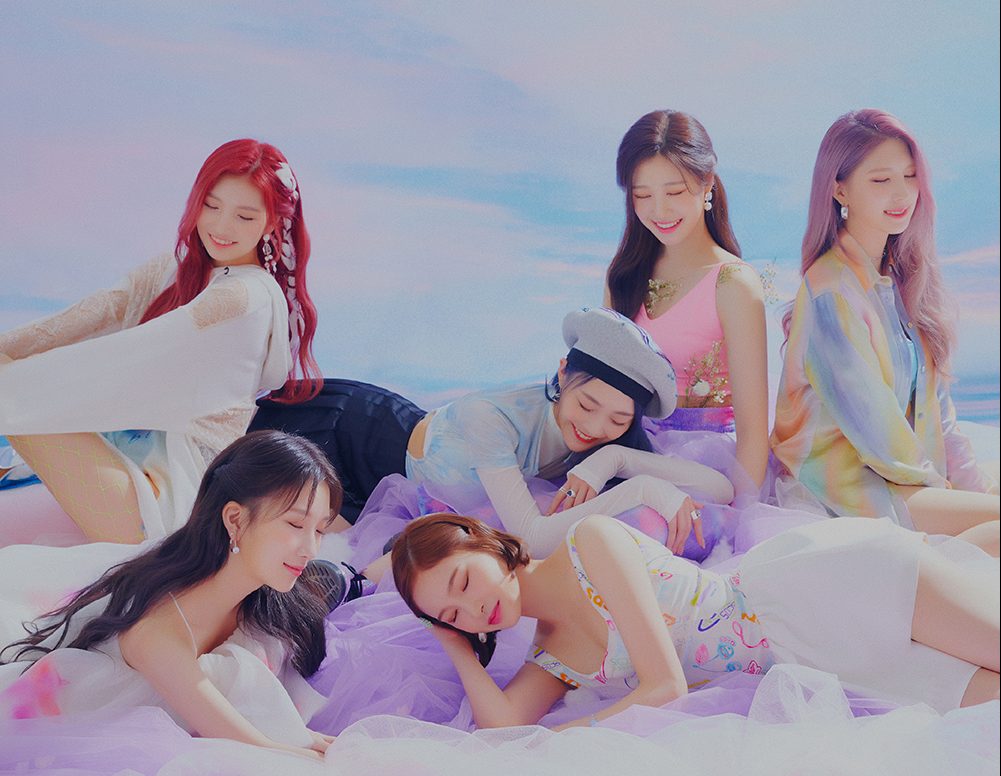 In 2020, nearly 100 groups debuted in South Korea under the growing roster of K-pop companies. As the magnitude of artistry continues to expand in mainstream media, there have been abundant opportunities for these diversely talented artists to reach people around the world — reiterating that messages within music transcend language.

One notable dark horse act of 2020 goes by the name of Bling Bling, a pop group having debuted under MAJOR9, a relatively new company that formed in 2017 as a merger of The Vibe Entertainment, Gold Moon Entertainment, and Asakusa Games. Being the first girl group for the label-fusion, the six young women of Bling Bling came out swinging to prove themselves to the world, and through their first release with “G.B.B.” they refused to go unnoticed.

The youthful, attitude-heavy pop music delivered by Bling Bling set the group up for a highly anticipated second release, where typically speaking, K-pop artists are given a better opportunity to show more flexibility. With their sophomore release Contrast, Bling Bling has done just that — building two new tracks that take a more easygoing approach to the image they initially invented in “G.B.B.”

In terms of their new music, the B-side song “Milkshake” is a total sweet treat and an immediately catchy pop-music excursion that gives off confidence in spades. The pastel-esque EDM chorus is met with the sweetly sung chant “like a milkshake” that displays the group’s pivot between sugary-pop potential and their edgier, assertive side that fans are familiar with.

On the other hand, the group’s lead single “Oh MAMA” wastes no time getting back to that aforementioned edge that Bling Bling has incorporated into their sound, with clap beats, and a united chorus. The bridge doubles as a final build-up for the group’s grand showing in the song’s last 30 seconds, feeling like a chance to find their own preferred flow. With Bling Bling’s return being hyperfocused on two tracks, the group has essentially found a new way to perfect each single, and take the necessary steps to craft the sound that works best for their artistic advancement.

Ahead of the group’s new mini-album, we spoke to the women of Bling Bling about residual goals after debut and adjusting to a different style for their Contrast mini-album comeback.

Congratulations on Contrast! Can you tell us a little bit about the concepts behind this new EP?

Now that you’ve dropped your second release, what was something you wanted to accomplish that you felt you maybe hadn’t done yet with your solo debut?

Yubin: There are many things we couldn’t show during our debut so instead of pointing one thing, we want to challenge ourselves in various things. It’s amazing how many people are interested in us overseas! We really want more people to get to know Bling Bling and be able to perform overseas one day soon.

There was a lot more relaxed confidence in your new music as opposed to the more aggressive-pop sound of “G.G.B.” Was that an intentional shift?

Choi Ji Eun: As we want to try various music styles, and we ended up challenging ourselves with something new. Rather than staying in one genre, we’d like to show people different aspects of us. We are learning new things every time we release an album and feel that we are growing. We will probably be able to show a better performance in the next album!

“Milkshake” is probably my new favorite song of yours because it’s a true pop-music treat, and it also feels like it’s stylistically different from the rest of your tracks! Which member(s) would you say best adapted the best to that mid-tempo style in the studio?

Narin: It is probably Marin! As you said, this song is filled with pop music inspirations. That is why you have to sing with a lot of emotion to make it more charming. Marin does that the best. If you focus on Marin’s part, you will find the song more charming. 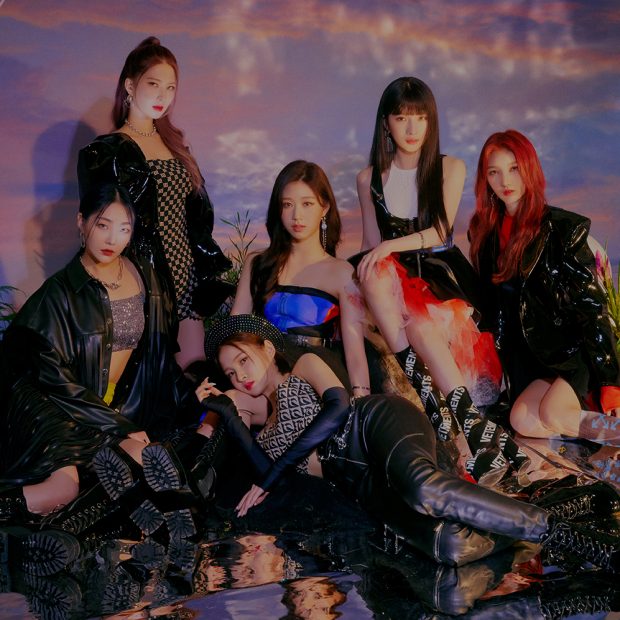 You’ve been together for less than a year now, but you’ve already managed two releases and feel very united! Coming into this EP, did you feel closer as a group or has it just remained consistently tight from the beginning?

Marin: We definitely got closer since the first time we met. As time went by, we’ve accumulated a lot of memories together and we talk with each other a lot. We have become closer and feel a real sense of camaraderie!

In terms of studio time, whether choreography or for recording, who would you each say surprised you the most this time around through Contrast?

Cha Ju Hyun: Our main vocal Ji Eun. There is a part in the title song “Oh MAMA” that has a high-pitched ad-lib that is quite impressive. It is a difficult part to sing but she surprised us. Please listen to that part!

I can only imagine you’ve recorded and rehearsed these songs a lot by now — is there a specific lyric, or a part of one of your new tracks that gets stuck in your head?

Choi Ji Eun: For me, it’s the chorus of “Oh MAMA.” It is the repetitive part “Oh MAMA Oh MAMA Oh NANA.” People who listened to the song for the first time have said they remember that part and end up singing along. When we first listened to this song, we kept thinking of that part too. The addictive hook of the chorus is really the most memorable part of the song.

On “Oh MAMA” we also get to see a new side of Bling Bling! Were there any challenges in bringing those production elements to life?

Marin: We use a skirt during some parts of the choreography and at first it was a little difficult to adjust. The skirts would fall and we would trip over so it was not easy. After a lot of practice, we are now able to dance without any difficulty.

You also filmed your second music video, which must have been exciting! What would you say was the most satisfying moment after getting to watch it back?

Finally, looking back at the process of Contrast, what’s the biggest lesson you’ve learned about making music?

Narin: The title of this album is Contrast so we wanted to try two different concepts. It was our first time trying so it was pretty difficult at first, but I think we managed to learn how to absorb various genres for our future releases!