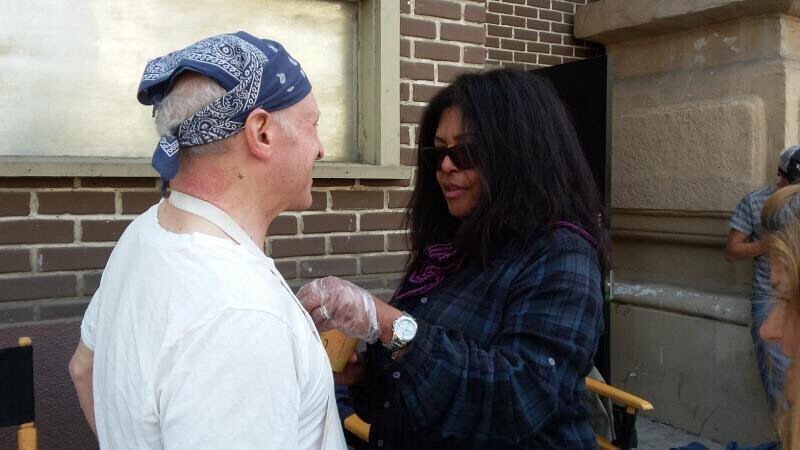 Grab an extra hot coffee as we look back at the mother-daughter duo that made overlayering sexy. When it comes to Gilmore Girls, costume designer Brenda Maben, who worked on multiple seasons of the show, knows everything there is to know. From Showtime’s The Chi, to the iconic ’90s flick The Bodyguard, Maben’s résumé is teeming with countless costumes perfectly fit for the screen.

Maben’s journey began with some friends, one of whom owned their own production company. “[Paul] started a production company and he got this commission to do a short, indie film for Disney, called Who Owns the Sun? I started off as a weaver and I had my own handwoven clothing business,” she shares with EUPHORIA. Designing for the Disney project gave the Chicago-based designer a valuable insight into the industry. “It was a sweet little story about this little kid asking ‘Who owns the sun?’ because they were slaves. I had a couple of handwoven shirts that I distressed for them because they reflected a time in our history. The women slaves wove the cloth for their owners to make dresses out of.”

Fast-forward to 1992 and Maben got her first costuming job in the film industry, working on the Whitney Houston picture The Bodyguard. “The costume designer was Susan Nininger and she had worked with Marilyn [Maben’s friend]. She was running her business and I was her assistant and we decided at one point, ‘We’re going to do movies now.’ She said, ‘Do you want to work with me?’ and I said ‘Of course.’ Susan got The Bodyguard job and she asked if we wanted to go and do that. It was a really good experience; it’s interesting how one experience just feeds off of another, and all of a sudden you get another job that’s totally unrelated to the job that you’re doing and it’s just kind of really cool.” 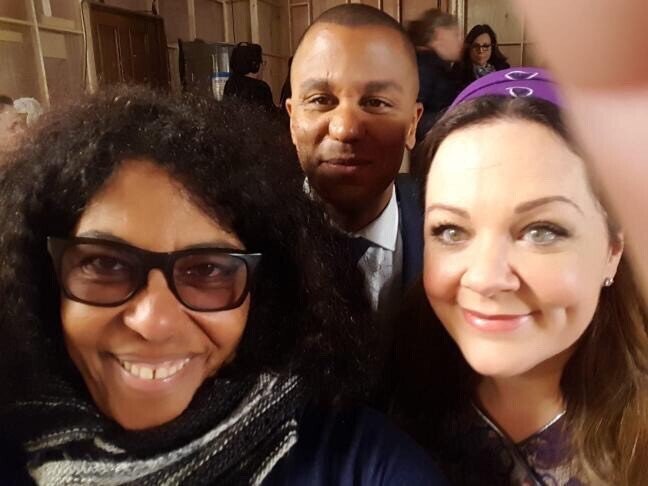 It wouldn’t be long before Maben landed her well-known role, costuming for the Stars Hollow locals in the fast-talking, mother-daughter show Gilmore Girls. While on the show, Maben got to work on some of Rory and Lorelai’s most esteemed outfits, one of which being the notable tie-dye shirt and cowboy boots combo, worn by Lauren Graham in season one. Maben noted that the inspiration for the costume was down to the innovative mind of Amy Sherman-Palladino (the program’s creator). “Chilton was really upper crust,” Maben says. “It was the cream of the crop. She wanted Lorelai to be in something that was totally embarrassing to her daughter because her mother was on the board at Chilton. She wanted to express it in a way that wasn’t rude but showed who she was through her clothing. That was the polar opposite of what you would expect a mother to wear on the first day of dropping their kid off at school.”

Creating looks for Lorelai involved a lot of graphic tees, including the B-52s shirt worn in the fourth episode of season one. Maben remembers how precise the team had to be when it came to using certain band logos on the clothing. “There’s something that’s called clearance, you have to get the clothes cleared, especially if it’s to do with a band or a group,” she shares.

Lorelai had a lot of style, despite not having a lot of money as a single mother. Alongside her own fashion sense, she was able to hand-make a lot of her daughter Rory’s outfits as well. One of her best efforts was the debut dress that Rory wears to the Chilton dance with boyfriend Dean. Maben remembers creating the acclaimed gown. “We had it built from scratch and it was her debut dress,” she says. “Her mom made it. As we all know, blue was Lorelai’s favorite color; that’s why it was blue. Lorelai made it for Rory because they didn’t have a lot of money. Ian Carter [the tailor] made the dress and Lorelai wanted it to be beautiful and it was. She wanted to show a little skin on her daughter, which is why it looked like it did. It was off the shoulder.”

With so many memorable times on set, it was tricky for Maben to pick her favorite moment working on Gilmore Girls, however, one episode has stuck with her. “That was the Pageant of the Masters, ‘The Festival of Living Art’ episode, and Taylor Dosey said, ‘Stars Hollow is going to host it!’ It replicated the painting where they come to life. That was really exciting for me because it was extremely creative. I had been to the Pageant of the Masters at Laguna Beach twice. I think I was the only one that had ever been. I had seen it and had the conceptual idea of it. The fun part was figuring it out,” she says, adding that she believes that episode is “extremely ahead of its time.”

The looks created by Maben are timeless and since working on Gilmore Girls, she has continued to share her talents for costuming in many unique projects, including Showtime’s The Chi. Maben discusses why working on this particular show was important to her.

“First of all I’m from Chicago,” she says. “I thought it was important to have the story about the southside told. The show is well written. I enjoyed seeing the actors grow. I’ve worked on a lot of stuff where the kids are 7 and 8 years old and all of a sudden they’re in their 20s. You can see the growth. They’re interesting kids. They grow up and turn into wonderful human beings.”

The process of costume design has always held a special place in Maben’s heart. Although her approach to creating a character through clothing has remained similar, she has learned a lot along the way. “It’s always character-driven,” she shares. “You’re representing, building, and growing a person on paper to a three-dimensional, living, breathing human being. A lot of the time that is expressed in what they wear. Just think of yourself, what is it that you do a lot? Do you always wear earrings? Do you always wear pearl earrings? Do you wear little diamond studs that your grandmother gave you and they’re precious to you and those are the only earrings you ever wear? That gives somebody a backstory on why you do what you do. For each project, you have to approach it from a different standpoint.”

This year is an exciting time for Maben and her work has only continued to impress. When asking if she had any fresh projects in the pipeline, the new Amazon Prime thriller/drama starring Chris Pratt came to mind. “Now, I’m working on a television show called The Terminal List. It’s based on a book by Jack Carr.”