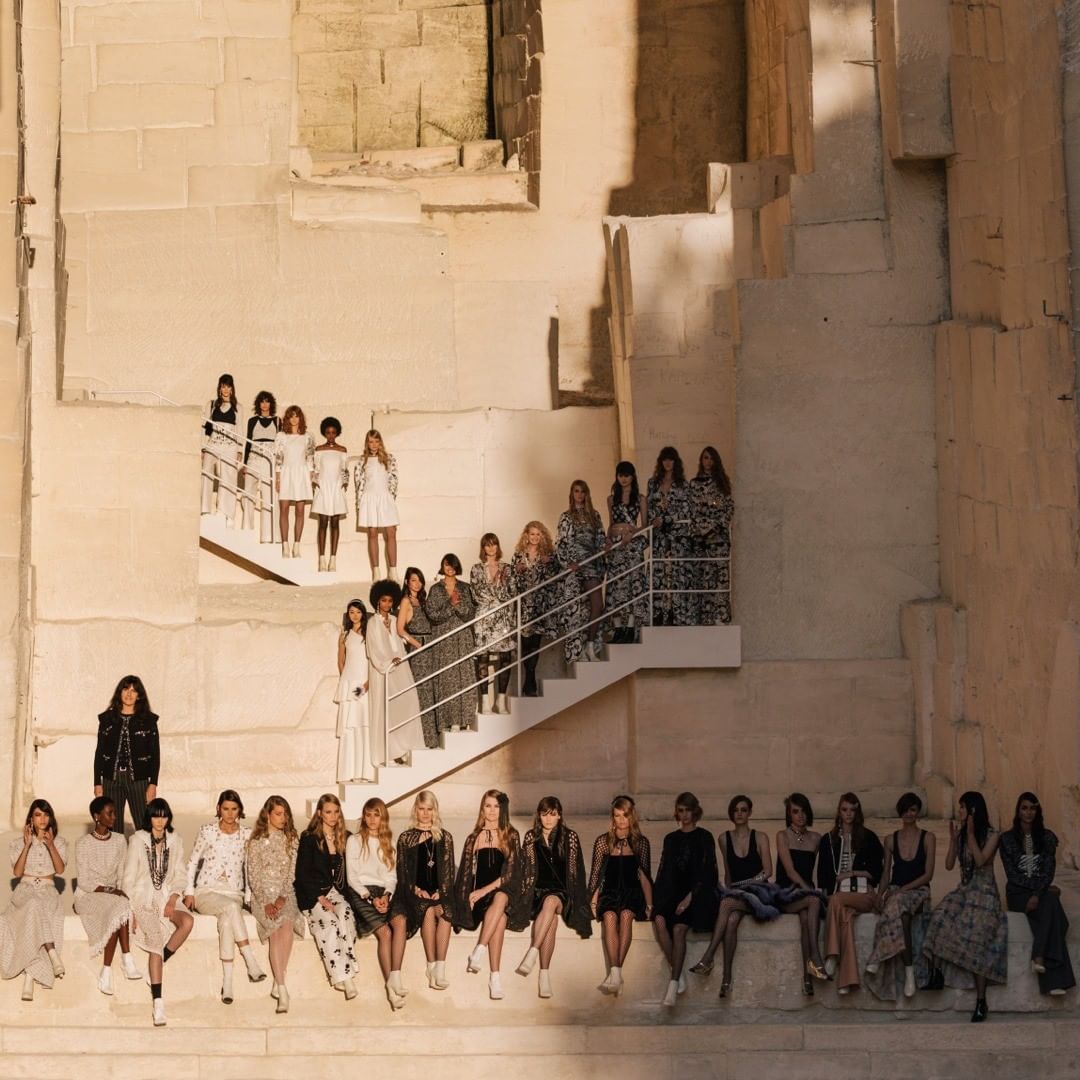 The Chanel Cruise 2021/22 Show did what Chanel does best: combine old-school artistic craftsmanship with youthful silhouettes to make the watcher long for an excuse to wear such luxuries. The show, presented on May 4, was set in the Provence region of southern France, in the Carrières de Lumières, which are larger-than-life beige cave rooms, left behind over the centuries after man-made excavations from the area.

The show is an ode to the multifaceted nature of Chanel and Virginie Viard’s continued catering to the future of the house: its younger customers. Each of the garments is laced with a sense of freedom that is synonymous with the ethos of Chanel, and while a handful of different style aesthetics seem to clash against each other in a non-sequential progression, the looks are inexplicably liberated and inspired.

When the looks land, they land — seemingly ahead of the trend cycle. Standout looks include a black sheer minidress with the interlocking C logo, with golden chain straps and little black bows on top, styled with a white-long sleeve shirt underneath, fishnet tights, and a black fringe Chanel bag (a look one can vividly see Chanel ambassador Lily-Rose Depp embodying perfectly); a pink knit suit jacket and skirt, quintessential Chanel, juxtaposed with a black t-shirt of a bedazzled crying rock singer; and finally, a black-printed bralette, shorts, and flowing over-coat combo that looks ready to wear at the beach, which Chanel ambassador/singer/actress Vanessa Paradis said after the show made her feel as if “the clothing came alive.”

The show itself ended with all of the models plus creative director Viard lined up throughout the walls and stage set-up, releasing doves out into the sunset. To put the garments against such a blank canvas of a background allowed the garments to have life breathed into them, and while mismatched in sequence, the construction of each outfit and minute details made the youthful spirit of the collection come alive.