Halston Sage, at first glance, isn’t someone who you would peg as having a dark side. Polite, sweet, and quick to compliment (at the end of our interview she gushed about how much respect she has for journalists, especially after having played one). But Sage is also a fan of darker storylines. She begged the writers on Prodigal Son to let her character be a serial killer, and she is a fan of crime podcasts. She compares Prodigal Son to a sitcom and just finished shooting a video game where she gets to run next to werewolves. You can never judge a person from a first impression.

This is something that is true about Sage’s character Ainsley on Prodigal Son as well. At first glance, Ainsley appears to have escaped the shadow of her father’s actions, living as a successful journalist in New York City. However, by the end of season one, we learn that Ainsley appears to have inherited some of her father’s darker urges. Through the twist of the storyline, Sage is absolutely magnetic, playing both Ainsley’s growing ambition and savage anger with equal dedication. It’s a form of malleability that the best performers have. And while Sage is no stranger to darkness, she gives equal weight to the light, making her impossible to look away from no matter the role.

What drew you to Prodigal Son and more specifically the role of Ainsley?
I was really drawn to Prodigal Son because it was telling the story of a serial killer from a perspective that we had not seen before. The show goes into the family dynamics of what it’s like to be related to someone who has the capacity to kill people and I thought that was a fun and different concept. I was drawn to Ainsley because in the first season she appears to be this perfect, type A girl who is focused on becoming a journalist in New York City and doesn’t really seem to be affected by her family’s history. And I just kind of had this instinct that if they had that kind of past…I was looking forward to seeing what she was really dealing with on the inside.

Prodigal Son is a bit darker than some of the work you have done in the past. Was that a conscious decision? Do you have an interest in darker storylines?
What I really loved about my career so far is that I have kind of been able to balance between drama and comedy. It’s really great that I’ve been able to do that because each genre is so fulfilling in a different way. Right now I’m working on a comedy and I’m really looking forward to that being amazing in its own way. It’s definitely nice to do both.

On that note, we spend most of the first season with Malcom wondering if he is going to snap and become like his father, but in truth, it seems like Ainsley might be the one we should be worried about! Did you know Ainsley would be going in that direction? Did Ainsley know this about herself?
I hoped that the writers were going to go in this direction! Every time I came to set I was bribing the writers to make me a serial killer. I think the fun of the first season and Ainsley’s arc was that it was such a surprise to the character and to the family in a way that no one really expected.

What is your favorite case from the show so far?
For obvious reasons, I was really drawn to the Nicholas Endicott storyline and how that went so far back with my father. How that played out for Ainsley.

You have done such a range of genre roles (sci-fi, crime, comedy). Is there anything you haven’t done that you would like to explore or do more of?
I just finished a project that was motion capture. That was amazing and I would love an opportunity to do more of that because that kind of environment is so different and you’re using your complete imagination the entire time. Because you’re in this empty room and jumping over cones and wood apple boxes, pretending you’re running through a forest from werewolf so I think it would be unto do that again. And I’ve always been a fan of sci-fi and would be really excited to revisit that. It’s fun but also challenging, you feel like a little kid again.

You started out Nickelodeon’s Victorious. It’s so easy for teen stars on shows like that to become boxed into a role. Were you ever afraid of that? Did it take conscious effort to break out of that?
I got pretty lucky in the sense that, I had a guest spot on Victorious but then I was on a Nickelodeon series called How to Rock for a while. It kind of gave me all the experience I needed because I had never been on a set before. And it was over in a year. So it gave me this experience where we always had different directors and we filmed in front of a live audience. I definitely want to do that again, I read an article about the resurgence of sitcoms which really excited me.  I just got lucky that I only spent a year on that show so because of that I never felt like I had to break out of it. And then I kept working on films right after a while I was on the show. It never felt like something to abandon it felt like something I was happy to have the chance to learn from.

We always joke about what the sitcom version of Prodigal Son would look like because sometimes we do end up talking about murder as if we are on a sitcom.

You get to work with Michael Sheen on the show, which is pretty cool. Is there anyone (actor or director) who you would love to work with? Anyone who you particularly admire?
Yeah, Michael is amazing. I am obsessed with Emerald Fennell right now. I think a lot of us are. Promising Young Woman was probably my favorite film of this year, so I would love to work with her. And Damien Chazelle! Working with him would be a dream come true. I always loved Greta Gerwig and Olivia Wilde. Some amazing female directors, which is always exciting. I kind of want to watch Promising Young Woman again now that we’re talking about it. The first time I watched it I was so floored by it and now I want to rewatch it and slow down and just take it in again.

What inspired you to get into acting? Any movies that gave you the bug?
I think growing up I loved romantic comedies and watching movies like Pretty Woman, and just every movie from the ’80s I just fell in love with. My dad and I watched older movies when I was younger. We watched the entire Rocky series together. I think it was a combination of all of that that made me fall in love with filmmaking and the business in general.

Favorite crime thriller?
Does Big Little Lies count? I always love stuff like that where it’s really character-driven, not so much case of the week. I also listen to a ton of podcasts. One of my favorites was Happy Face. Don’t listen to it at night! When you listen to these podcasts, they are so well done that you can get really into it and freak yourself out if you are listening by yourself.

Anything you’re working on next?
I’m working on a dark comedy called I Love My Dad. It’s about a father and son relationship. The father meets a waitress at the diner who cheers him up so he comes up with this idea where he creates a fake Facebook profile where he pretends to be this girl to contact his son. So he catfishes his son. It’s awesome cause I get to play both versions of the character Becca, the real Becca and the dad pretending to be Becca. I’m also working on this motion-capture thing, it’s a video game which is coming out next year. 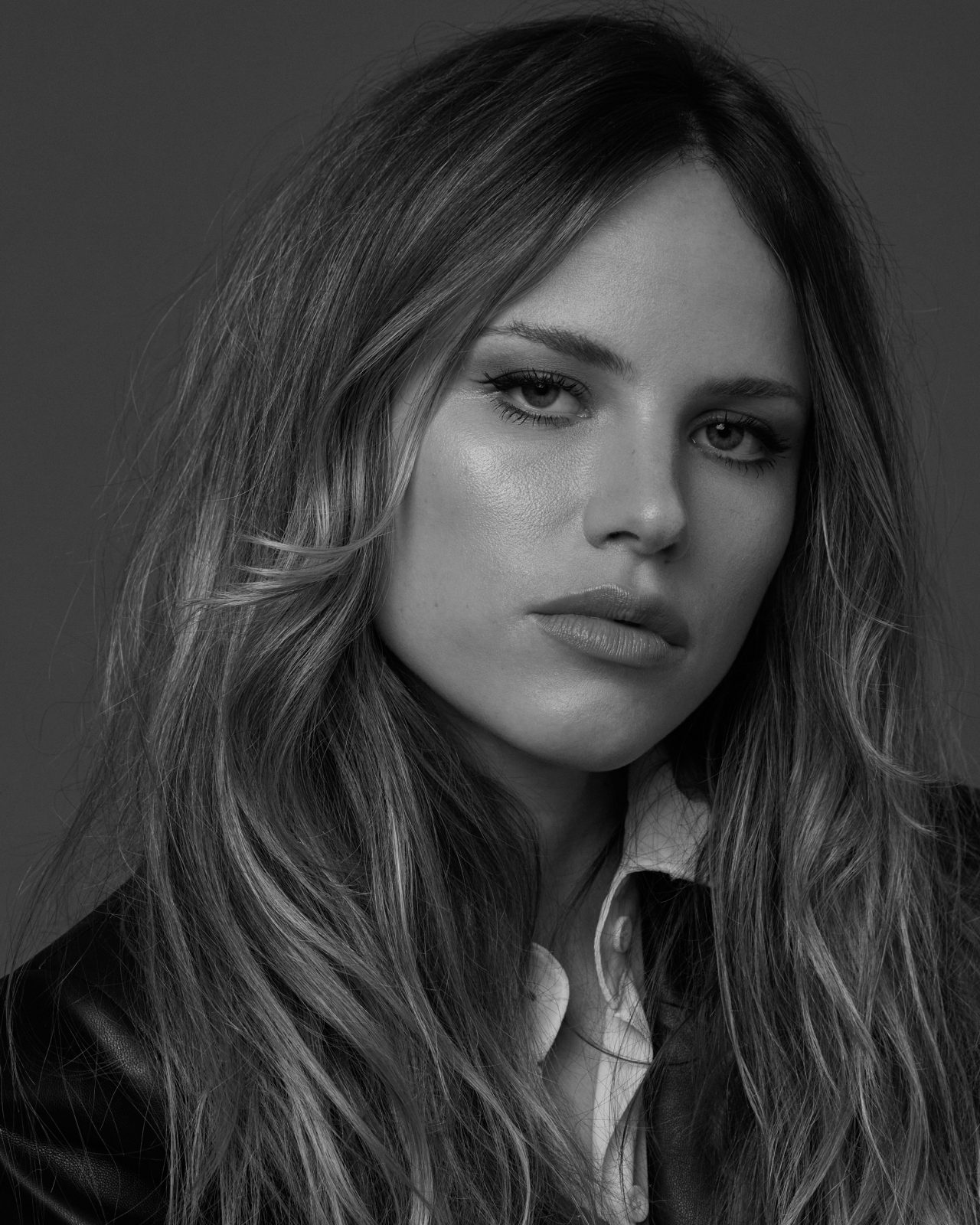