The star of new comedy 'Run the World' discusses the show's refreshingly realistic take on navigating friendship in one's 30s.

Amber Stevens West took somewhat of a leap of faith when accepting a role in the comedy Run the World, premiering today on STARZ. In fact, it was a new world entirely — Stevens West stepped out of her network television comfort zone to take on a role bolder than practically anything on her existing filmography.

She didn’t know that she and her character Whitney would be acquainted upon the first read of the script, but she was well aware of the broader challenge that taking on a streaming comedy with a bite would bring.

“I read the pilot, I think, before I realized what character they had in mind for me,” Stevens West tells EUPHORIA. “I was approached with the show, and they were like, ‘It’s a comedy for STARZ, and it’s like an adult comedy. There’s gonna be like nudity and sex and stuff.’ But I was like, ‘Oh, I don’t know. I do network TV. I don’t know if you guys know, I’m very PG-13.’”

Naturally, Stevens West proceeded with caution — “I’m such a prude,” she jokes — but the parallels of the pilot script with her real-world perspective on friendship and camaraderie drew her in.

“I loved it. My favorite genre is female friendship … that’s just my jam,” Stevens West says. “That’s my real life. My girlfriends are my life, and we are so supportive of each other and there’s so much fun together and if I didn’t have them, what’s the point of living?”

Similarly, Whitney is both overtly cautious and equally connected to her friends in Run the World. Though Stevens West admits that she wouldn’t make many of the same decisions that Whitney does in the context of the show, it would be misleading to say that she doesn’t find herself comparing her real-life inhibitions to those that Whitney battles.

In the trailer, Whitney comments on the first man she’s ever been with, realizing that she has “experienced so little.” But that lack of readiness to take the leap is a central piece of what makes Whitney who she is, while simultaneously becoming a major point of introspection.

“Honestly, I relate a lot to this character and her insecurities,” Stevens West says. “Because basically, the entire first season she’s such a people pleaser. She’s a character who just has always done the right thing and followed all the rules and been really loyal and really focused and really driven and hasn’t made any flighty decisions in her life. And now, she’s at a point where she’s wondering if like, ‘Is that a life worth living? Am I even enjoying myself?’” 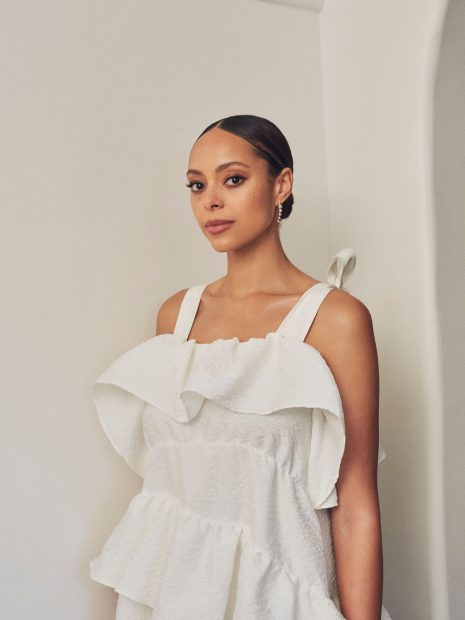 It became evident that Stevens West and Whitney’s connection would be a strong one within the bounds of the show’s realistic fiction, but the subject material wasn’t the only bridge Stevens West would have to cross when it came to taking on Run the World. After accepting the role, she moved her entire family across the country from Los Angeles to New York during the pandemic.

The show was always going to be genuinely set there, Stevens West explains, and there was no alternative. Atlanta, for example, wasn’t going to be set designed into appearing as NYC — this show is grounded in authenticity, and its Harlem location tells a central piece of that story.

Having spent several months indoors, the venture out to NYC for the show served as a “welcome back” to the daily grind of work after the hiatus that enveloped much of the entertainment industry. “That was our first introduction back into the real world,” Stevens West says.

Though it was quite a cross-country trek, it was anticipated (as Stevens West was cast in the latter half of 2019) and undoubtedly worth the move. Aside from being a major step — both in terms of her location and career — the show brought forth an opportunity for Stevens West to play a character that affirms and empowers her identity as a Black woman.

“It was funny as hell, it was sexy, it was New York, it was Harlem, it was Black women,” Stevens West says. “And that was really validating for me because I’m a biracial person and for someone to approach me and say like, ‘You should play this Black character who may or may not be biracial in the show,’ it was enough for me to be who I am in this and be a part of the show.”

Run the World is equipped with the opportunity to be both a fresh, new-gen take on the TV dramedy and also a real reflection of Black relationships, platonic and otherwise. It goes beyond the standard coming-of-age story by centering on women navigating their 30s, placing actors in the front seat that are finding their way around the exact same life moment.

Perhaps most importantly, the show seems to highlight togetherness through greatly divergent life experiences; Run the World intends to take neither a cookie-cutter nor stereotypical approach to its characters, according to Stevens West, instead putting realistic stories at the forefront of a show intended to be truly transparent when it comes to the lives of its frontrunners.

“I think what we really want to highlight is the fact this Black experience is the rule, not the exception,” Stevens West says. “We’re not exceptional because we went to college and have good jobs and have romantic, loving, supportive relationships with our friends and our romantic partners. That’s normal. That’s the people that I know in my real life; that’s the people that inspired the story in the first place.”

Stevens West cites the show’s writing, which she explains demonstrates the “diversity of Black people” as one of the elements she loves most about it. “All these girlfriends aren’t the same girl. We’re all very different, we sound different, we carry ourselves differently. Our worldviews are also a little bit different, but we’re all still best friends and accepting and loving of each other,” Stevens West explains.

And the mechanics within those friendships tackle everything from fear to epiphanies to, often, sex. Though, at first glance, the show seems to have similarities with predecessors like Sex and the City, Run the World isn’t a show in which the story revolves around sex and dating alone. And when it does tackle those topics, the narrative centers on the women at the forefront of the show, not the men who appear in the picture.

“I don’t want to say it in a negative way,” Stevens West explains. “But we’re almost more feminist.” 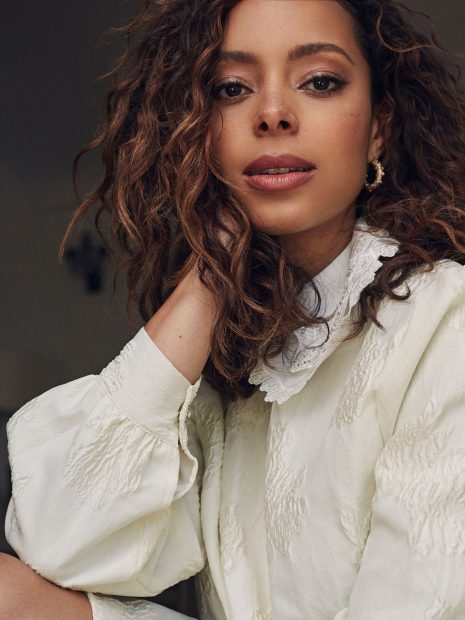 Part of what separates Run the World from other television dramedies is its ability to showcase relationships without requiring its characters to rely on those things for a strong arc. Romantic partners don’t make the characters’ lives “complete” or whole, but cement themselves as just that — partners, complementary.

“It’s not to just be like, ‘sex is hot,’” Stevens West says. “Sex is awkward and weird and funny, and that’s what we’re really showing. We’re showing real sexual relationships in the show. The awkwardness of it, like when you’re trying to be sexy, but you accidentally injure somebody, you know? The weird spontaneity of it all. It’s more real, and it’s not just women doing things to please men.”

The show’s take on friendship, sex, life changes, and living in one’s 30s more broadly boils down to, essentially, one thing: Run the World isn’t afraid to get uncomfortable, because no one outside of its fictional world lives through their 30s effortlessly, either. And, based on what is known about Stevens West’s character, Whitney might just be the perfect example of Run the World’s effort to place realism in the limelight.

The pilot, fittingly titled “Phenomenal Women,” is the first glimpse into a pact of friendship akin to those viewers might have in their own circles, and Whitney is one that would lovingly be considered the most likely to live on the straight and narrow. But, as the trailer suggests and the show will likely carry through, she is accepted with her quirks and hesitation, finding solace in a tight-knit foursome that doesn’t exist to judge her for being a late bloomer (at least, in terms of relationships).

“I love that my character is authentically herself and seen for who she is by her friends,” Stevens West says. “So, she’s uptight, and she’s making spreadsheets to go to the grocery store. So Type A and obnoxious in that way. But she’s also really driven and smart, and unapologetically going after what she wants for her life. I think that she’s an admirable character because of that, you know? We’re all flawed people, and the show certainly highlights that as well.”

But the throughline of acceptance and tender affirmation doesn’t stop with Whitney. The series created by Leigh Davenport also follows Sondi (Corbin Reid), Renee (Bresha Webb), and Ella (Andrea Bordeaux) as they adjust to vastly different but equally as impactful transitions from their 20s to their 30s.

Their bond off screen, Stevens West explains, runs deep, which could be just the touch that Run the World needs to develop the subjective but ever-apparent definition of what it means to be a phenomenal woman in their real, fictional world.

“I think what’s so wonderful about these characters is they are so authentically themselves, unapologetically so,” Stevens West explains. “And they act in a selfish manner but in the sense of [knowing] it’s very important to take care of yourself and to do things that bring you joy and fulfillment in your life.”

“That’s who these characters are; they support each other in their decisions in their life to go after anything they ever want and hold each other accountable.” Stevens West continues. “And I think that’s what makes a phenomenal woman.”