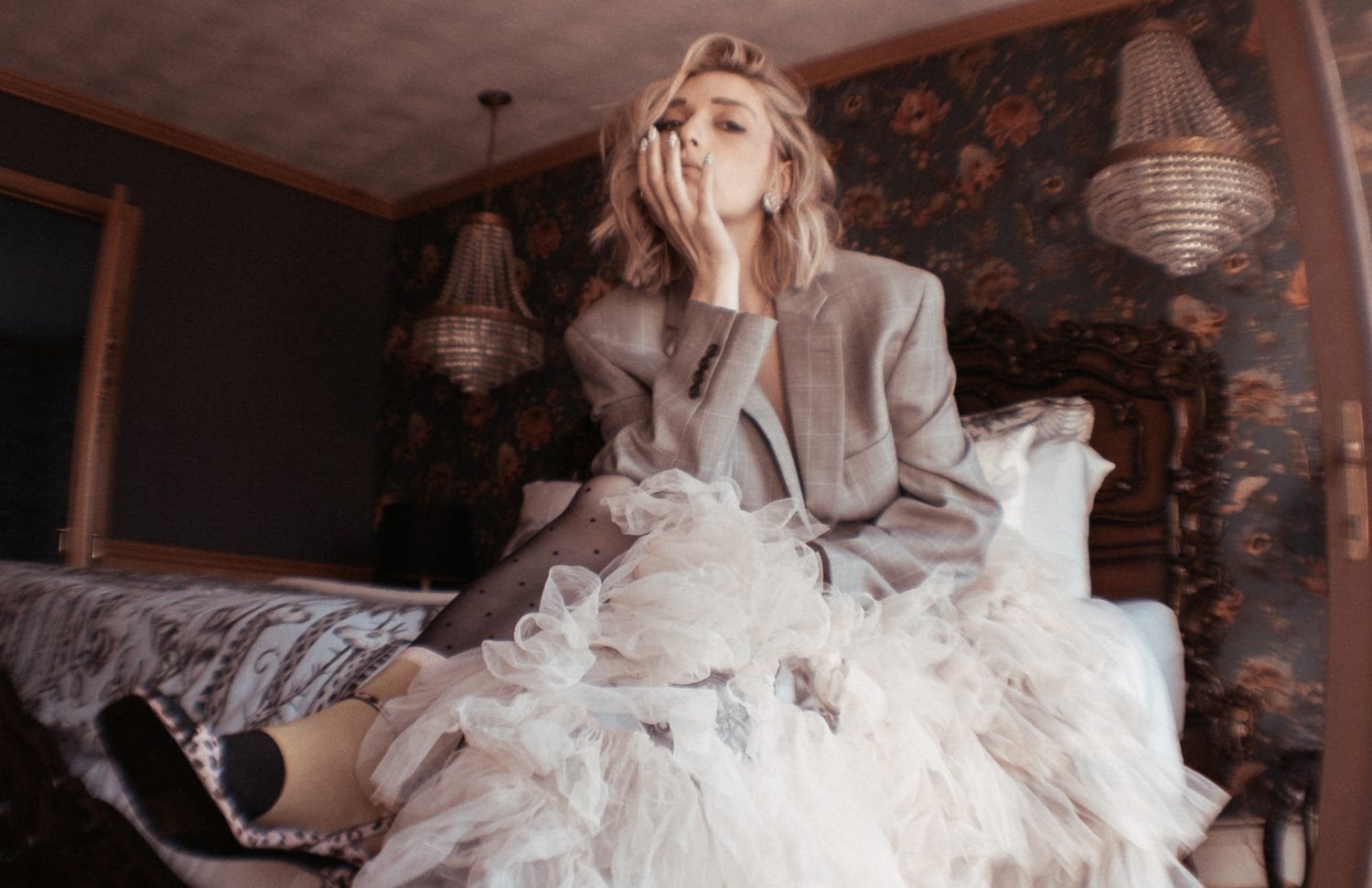 Alt-pop neoteric Vérité will find a way to make you dance and cry at the same time. Enter her new single, “By Now,” in all its haunting, melodious glory. The song, released on April 15, features an undulating synth beat over a heavy piano that anchors the tone in despair. Throughout the track, Vérité enwraps us in somber thought with her signature vocal flair and lucid imagery. “Four walls and I’m ricocheting / A few pills watch me levitate out of here / So close you should see it on my face by now / By now,” she says as the song swells into a crescendo.

Vérité opened up about “By Now” on Instagram, writing, “I wrote this song alone in a deep little depression in january 2020. i wrote it as a slow, stripped back ballad in my old studio in what feels like another lifetime & it sat in a folder for a few months until the world shut down.” She then shared how producers Tim Randolph and Aron Forbes reworked the song into its current sound. “Randomly, i sent the stems to @timrandolphe, who flipped the song, sped it up 9bpm & really transformed her. @aronforbes & i then sat and shaped the production to live in my world. eventually, you’ll get my original stripped version, but i’m so happy to share this side of myself with you.”

In a press release, the New York-based singer also described “By Now” as a personal experience for listeners. “You get to choose your own adventure with this song,” she said. “Go as deep into the lake as you want, or you can stay up at the surface and enjoy the view.”

Vérité continues to push the ambit of her craft as an independent artist. Shortly before releasing “By Now,” she held an NFT auction with an option to redeem a percentage of master recording rights ownership of the song — a historic venture. The winning bidder also received two VIP tickets to all future concerts headlined by Vérité. “Very excited to start a conversation around the future of community ownership in music,” Vérité wrote on Twitter.

“By Now” is Vérité’s first single of the year, following her 2020 EP New Limbs: Vol. 1 and her woeful holiday track, “Blackout Christmas.” Earlier this month, she also collaborated with Brazilian artist Tolentino on a remix of his track, “Aqui.” Fans can expect even more music from Vérité as she plans to release a series of new singles — hopefully soon.