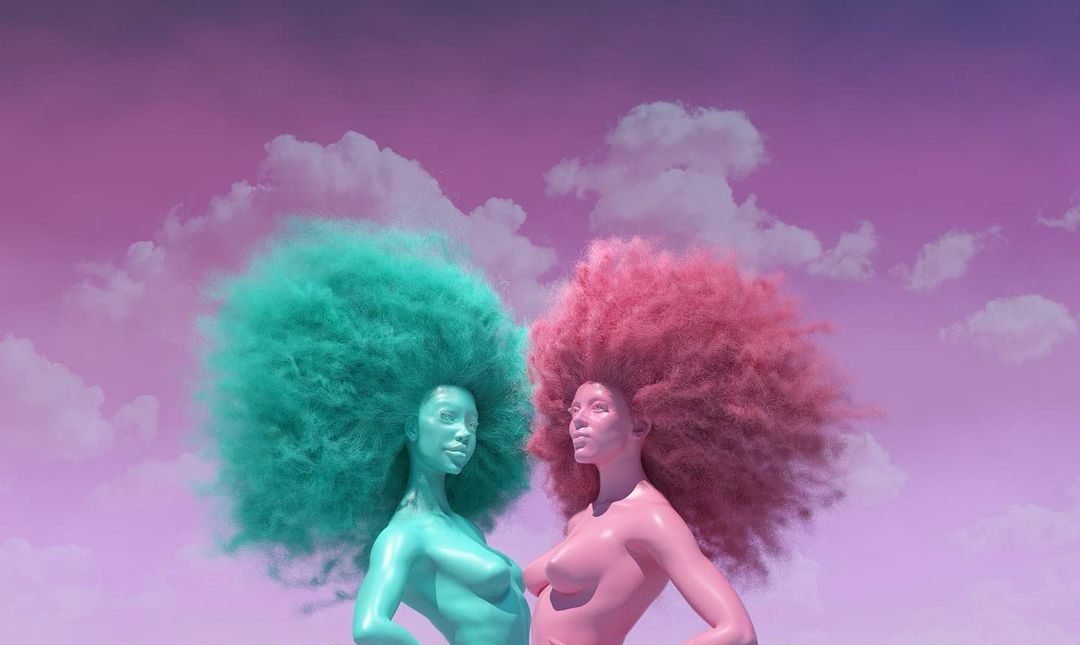 The "Streets" singer released the first single off her forthcoming album, 'Planet Her.'

Doja Cat successfully gave us another summer anthem while simultaneously delivering an intergalactic beginning to her Planet Her era.

The groovy, disco-influenced single is the first glimpse of Doja’s highly anticipated album, Planet Her. After briefly teasing a collaboration with SZA in January, the “Say So” singer released the artwork and arrival date for “Kiss Me More” on her Instagram on Wednesday evening. The cover art — created by designer Chad Knight — features two blue and pink feminine figures posed next to each other in an oasis-like setting.

To accompany the single, Doja Cat and SZA filmed a music video that clearly sets the standard for Planet Her’s stellar theme. In the Warren Fu-directed music video, Grey’s Anatomy actor Alex Landi plays an astronaut that crash landed in Doja Cat and SZA’s galaxy. Landi’s character roams the planet as he stumbles upon the two artists while the verse plays in the background.

“Can you kiss me more? / We’re so young, boy / We ain’t got nothing to lose,” Doja Cat and SZA sing on the catchy chorus. “It’s just principle / Baby hold me ’cause I like the way you move.”

After the chorus, Doja’s second verse easily switches her flow into a rap verse.

You are in so much trouble you get absolutely 0 allowance this week and I’m hiding your video games. No phone after 5 PM and your curfew is now 7:30 now go to your FUCKIN room. https://t.co/B6RcnPaC5N

Following SZA’s recent release of “Good Days,” her flirtatious verse in “Kiss Me More” is her second vocal appearance in 2021, and her 15-line feature complements the groovy song.

Planet Her is set for a late spring/early summer release via Kemosabe/RCA Records. After “Best Friend” with Saweetie, “34+35” with Ariana Grande and Megan Thee Stallion, and “Kiss Me More,” we’re more than ready for the rest of the collaborations that Doja has planned for 2021.