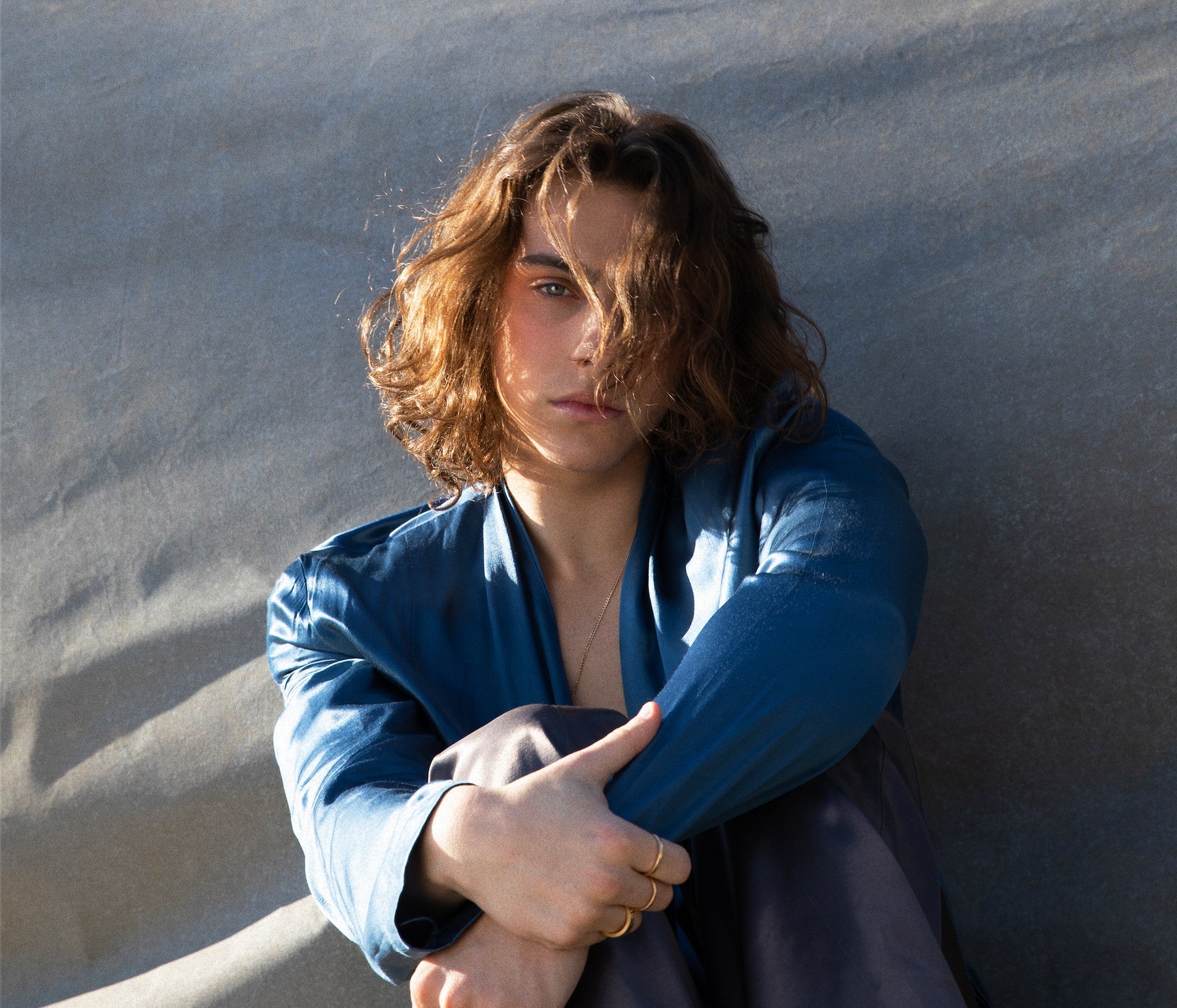 Eddie Benjamin is a lot more than just Justin Bieber and Sia’s prodigy. The Australia-born and Los Angeles-based rising singer and songwriter, who is only 19, shot to fame after producing for the likes of Meghan Trainor at the age of 16, taking his natural musical talent and putting it to use. His deep love and appreciation of music as a means of creative expression versus a means to make money is evident within the passion he shows when speaking of the music he loves.

With the release of his Emotional EP, Benjamin continues to show his lyrical prowess and his acute musical sensitivity that comes with being an instrumentalist and lover of the golden age of music. I caught up with the artist — who excitedly yelled “Florida woman interviews me!” when he found out where I was from — over Zoom recently. We spoke about his new EP, working with Maddie Ziegler, and the legacy he wants to leave behind.

Could you tell me a little bit about the story behind “Speechless”?
Some of the story is about an important moment in a relationship where you feel like you’re nearing the breaking point and how we sometimes go to crazy measures to show and prove our love.

What is your favorite lyric from “Speechless”?
“Do something crazy to get a reaction.”

How did you come up with the concept for the video? How was it having Maddie [Ziegler] involved in one of your musical projects?
The concept was taken from the meaning of the song. “Speechless” is about going to the extremes in a relationship to get a reaction and prove your love. It was really awesome having Maddie involved, she has been a part of that song from the beginning and was one of the first people to hear it so it was definitely a full-circle moment to have her a part of the video.

Congratulations on the EP! How does it feel to finally have a body of work out there, and what does this EP represent to you?
Thank you! I wouldn’t say this is a body of work for me, it’s just an explorational part of my musical journey. I’m still exploring sonics and so many different sounds and opportunities with different collaborators. All the songs on the EP are very emotional and really represent and capture that part of me.

Can you tell me a little more about the writing/producing process of this EP? What’s your favorite memory?
My writing process is different every time. Some songs take a day to write, others take 6 months, it really just depends. Yeah, there have been a few different moments that stand out. When Mike Sabath and I were in Malibu putting the final touches on Emotional, that was a really special moment for me. It was also amazing to be in the room with Mike Dean while he was mixing the songs, that for sure was one of my favorite memories.

What was the inspiration behind deciding to cover Amy Winehouse’s “Back to Black”?
That song has just been with me since I was really young. I used to listen to it all the time and have always loved Amy Winehouse as an artist. I also grew up with this black baby grand piano and would always play that song on it, so to do a fully recorded version with live instruments was a really cool experience.

I know that you play a few instruments, like guitar, bass, and piano. Which instrument comes most naturally to you and why?
Definitely, for me, that would be the bass. I started on guitar when I was 11. I asked for a guitar. I was also surrounded by a lot of instruments because my dad is a drummer. Rhythmically, the bass is definitely the closest to my heart and it incorporates a lot of rhythmic elements and melodic elements, so it was the best of both worlds for me. I started with guitar first, and then I saw Prince playing the bass live, and I thought “That’s what I want to do!” It was really drummer-like, which is close to me because I grew up watching my dad play.

Do you have any other favorite artists right now that are influencing your sound?
We could be here for hours talking, but a lot of my biggest inspirations have, unfortunately, passed away. The main one who is still alive is Stevie Wonder. I date back from listening to classical music, like Bach and Mozart, and some more modern jazz singers, like Miles Davis. In terms of pop music, I love Travis Scott, Frank Ocean, Labrinth. I definitely try and broaden my musical horizons, and I know a lot of people say that, but I really do mean it.

One of your mentors in the industry is Justin Bieber. Do you resonate with his story of gaining fame very early on in his career, at such a young age? What is your favorite piece of advice he has given you?
Yeah, I totally resonated with his story and am proud of the place he’s at right now. You know, Justin is just such an icon, and now I really consider him someone who’s like a big brother to me. As for advice, he’s told me so many wonderful things, but definitely the most important has been: “Listen to who you love, they have your best interests at heart and know you better than any industry people do.” For me, that’s people like my mom, my sister, my girlfriend. Also definitely Sia, who’s just the best and is like a mom to me whenever I am in LA.

I really appreciate how authentic and soulful you are as an artist. Is there anything you hope to accomplish as an artist or put out into the world?
Absolutely. I just want to cause people to feel something, and really … I think, for me at the moment, music lacks a lot of emotional density and quite a few elements that, a long time ago, before all of this quick, fast, kind of industry and way of writing is very popular at the moment. I definitely want to bring back that old kind of feeling. You know when you listen to an old record, and you hear the lines and you hear the way that people sing, it really affects you.

I think portraying an emotion, no matter what type of emotion it is, that’s what I want to get across, for people to feel these things to understand what I was feeling. In some music today, for me at least, it lacks that, and that might be because there’s less time writing involved. But yeah, having someone feel something, whether or not they hate it or they love it, as long as they’re feeling something, that’s all I care about.