Bow Anderson — Hate That I Fell In Love With You

They say everything happens for a reason.  The 24-year old Edinburgh-born singer-songwriter Bow Anderson found her footing into the music industry in an unconventional way that was filled with fearless highs and life-changing turns before ultimately reaching her status as one of the UK’s most refreshing pop vocalists.

In the midst of it all, dancing was Anderson’s primary way of expressing herself in music. Although her father was the only one into music, the rest of her family had no background whatsoever. It was only when the singer saw an ad in the local newspaper for a performing arts school that her grandad signed her up and went along for the dancing aspect of it.

Performing wasn’t at the forefront of her mind at that stage of her life. At about 10 years old, she was trampolining for fun with a couple of friends and was asked by Lauren Jeffery, who was training her if she wanted to join Edinburgh Trampolining Club and decided to take the opportunity and make that her primary focus.

Everything changed after a freak accident happened while training in the trampoline club. While in recovery, she needed to find an escape. Still enrolled in performing arts school she primarily found comfort in music and was encouraged to pursue singing and learned how to play the piano.

The singer-songwriter struck gold when she met songwriters and producers Jamie Scott and Jonny Coffer. Together, they came up with Anderson’s viral debut hit “Sweater” that dropped right as the world went into lockdown.

Going forward, she found a formula with her collaborators that truly represented her artistic voice – a balance of soul and pop melodies. Anderson’s empowering mentality is showcased throughout her debut EP New Wave that was released earlier in 2021. She’s known for paying homage to 60s soul music and the modern pop landscape.

Now, the songstress isn’t afraid to get emotionally heavy in her newest release “Hate That I Fell In Love With You,” a preview for what’s to come later in the year. Most of the song is accompanied by Anderson’s soulful vocals and piano until the end when strings come in.

“Dancing alone is tragic and I don’t care for being cool/ It’s not your fault/ God knows I miss your magic/ And honesty can be so cruel / It’s not your fault / I’m wasted/ Standing here naked/ And you don’t even blink at all / I hate that I fell in love with you,” depicts the true heartache of a devastating breakup.

Falling out of love with someone is difficult, but the rising artist reminds you that everything is going to be okay in the end.

“You go through rollercoasters and bad times, but those times make you who you are and can be turned into positives. If I hadn’t had that injury, I don’t know that I would be doing music. But everything that happens in your life makes you who you are. For me, there was no other option than to succeed,” Anderson explains in a press release.

“Hate That I Fell In Love With You” is an emotionally heavy song. Where did you draw the inspiration from and what was the creation/writing process like for it?
“Hate That I Fell In Love With You” was written from my personal experiences of being left broken-hearted and alone. When we wrote this song it brought me right back to that place of being lost and hurt. But I needed to write it to let go. And so I guess I used writing this song as my therapy. It’s a brave but very vulnerable thing to admit you’re alone and struggling. I hope this song helps and comforts people who are going through breakups.

What is your favorite lyric from the song and why?
My favorite lyric is the title because it’s true. I hate that I fell in love with that person because when it ended it hurt so bad. There’s such a fine line between love and hate. And the title completely sums up how I felt at the end of the breakup.

What do you hope listeners take away after listening to the track?
I hope that listeners feel comfort from this song. For me when I go through a breakup it really helps to hear songs where other people have struggled/experienced similar situations. So if you are going through a breakup it’s okay to be broken and sad for a bit, you will get better and everything happens for a reason. Your human and it’s okay to feel lost. But you got this!

What comes easiest when writing a song? The melody or lyrics?
Melody’s come easier to me. Lyrics take a bit more time. Sometimes certain lines just fall out when I’m singing the melody. I see it kind of like a puzzle with lyrics. You’ve just got to find the right lyrics to fit in the right place and get the overall message across. 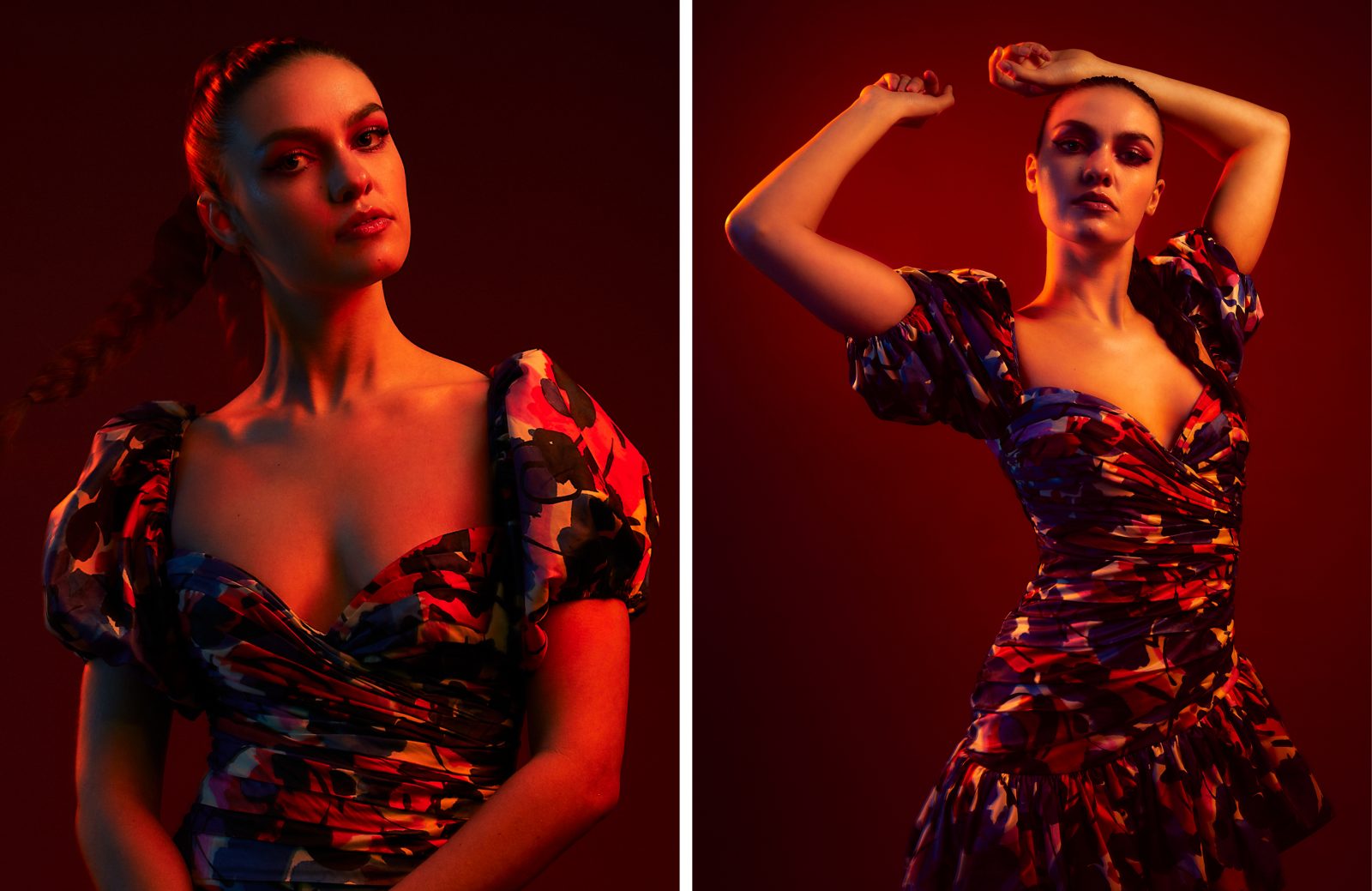 What goals do you have for the remainder of 2021?
I’d love to do some headline shows! I haven’t gigged properly yet so that would be sick! I’m also writing lots more music which is exciting! And I’ll continue to release lots more new music!

Vulnerability and authenticity are key with any songwriter and Anderson knows how to pull listeners in with the music she puts out. It’s a breath of fresh air. This proves she’s an artist to watch and her career is only going to go up from here.