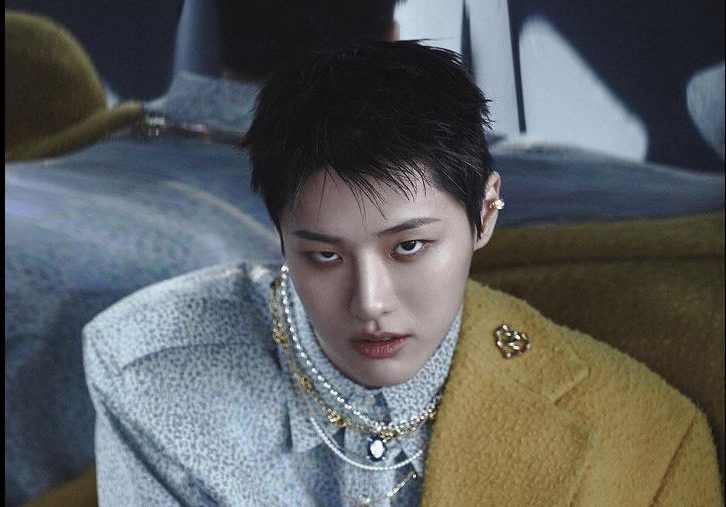 Sometimes it can be hard to try new things and put oneself out there, but with the talents WOODZ possesses, it’s no surprise the soloist’s latest project is his best work yet. It’s still very much WOODZ-esque in sound, but with newer elements for fans to discover.

WOODZ is the stage name of 24-year-old singer-writer-producer-all-rounder Cho Seungyoun. He made his solo debut in 2016 (at the time, he was known as Luizy), and began making music under his current name WOODZ, in 2018. Since his career’s start, WOODZ has experimented with various musical styles and concepts. From smooth, R&B singles like “POOL” and “DIFFERENT,” to darker, more mature works like his 2020 mini album EQUAL, and even the warm and comforting WOOPS!, he’s already made it known that no matter the genre or concept, he’s always sure to deliver.

With such a range and unique versatility, it’s always exciting to see what he does next and what charms he’ll reveal with each release. Now back with his third mini album SET, it’s clear he’s truly come into his own artistic style, more confident and assured than ever before.

SET features three new songs — powerful title track “FEEL LIKE,” the entrancing “Touché (feat. MOON),” and “Rebound,” an all-English track. Each song is captivating in their own way, and all three are great additions to WOODZ’s evolving and dynamic discography.

In the midst of his busy album promotions, we caught up with WOODZ to learn about all things SET, his creative process, future goals, and more.

First of all, congratulations on the release of your single album SET! Can you tell us more about SET? What made you choose “FEEL LIKE” to be the album’s lead track?

Yes, my single album SET is an album that expresses parts of my mind that I haven’t shown before. It’s a perfect triangle that contains WOODZ’s musical changes, restrained visuals, and WOODZ’s thoughts. The title track of the SET album is “FEEL LIKE.” As soon as I heard the track, I immediately thought it should be the title, so I decided to select it as the title track.

You’ve mentioned before that you feel more confident about this album compared to your past releases, EQUAL and WOOPS!. Is there anything new that you learned while creating those albums that you incorporated into the making of SET?

To be honest, there were a lot of parts that I felt unsatisfied with in my last album, so I put in a lot of effort to make up for it this time. For example, I think the biggest part was concentration during production. When I produce music, I often get distracted by many external factors (both mentally and physically). For this album, I tried my best to reduce these distractions as much as I could to focus solely on this album.

When you make demos, how much of the song changes after you go into the studio to record?

Actually, I don’t think there are too many major changes. When I proceed with the recording, I make the recording a little cleaner, but that’s about it.

The colors red and black have appeared before in previous comebacks — such as in the visuals for “Love Me Harder” and “Accident.” What is the significance of red and black this era?

Aside from the title track, which song from the album would you recommend new MOODZ to listen to and why?

I think it would be good if you listen to all three songs, but if I were to recommend one song, it would be “Touché.” I think this is a very interesting song. Compared to my other songs, there is less variation in the notes, but because the components that make up this song are fun, I want to recommend “Touché” as a fun song to listen to.

Which song are you most proud of having written on SET?

I think that would have to be “FEEL LIKE.” But to be honest, I’m proud of all three songs.

You said in a VLive once that you wished each day was longer than 24 hours and instead 48 hours. What would your perfect 48-hour day look like?

I think I would be able to do more work on the premise that I won’t be tired even if my sleep time is the same. There are many things I want to do and prepare, but 24 hours is too short for me. I don’t have much time to spend, so I have to reduce my sleeping time to work. So I think 24 hours is short considering everything I have to do, whether it’s eating or doing different tasks here and there. For me, the perfect 48 hours would be finishing my work without feeling pressured by time.

You’ve also been studying English so diligently. What’s one goal you have for 2021 outside of your studies?

To be honest, studying English is my lifelong goal. I hope to study English for the rest of my life, so that I can one day do interviews in English, go on foreign programs, and write lyrics in English freely. Aside from studying English, my goal for 2021 is meeting MOODZ at an offline performance once the situation gets better!

What concept are you most excited to try in the future?

It’s not fun if I tell you beforehand, right? It’s a secret!

Lastly, you and MOODZ have such a wonderful and special connection. What do you want to say to them now that your new album is out?